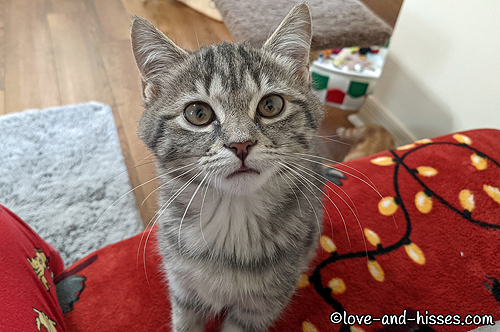 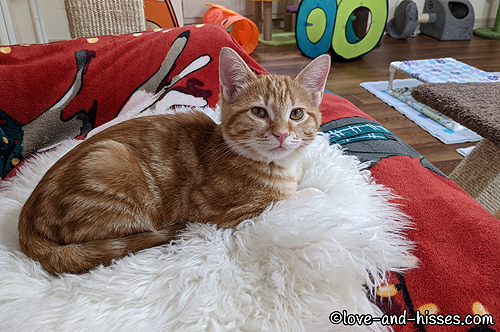 Ozzy’s giving me some teenage attitude. 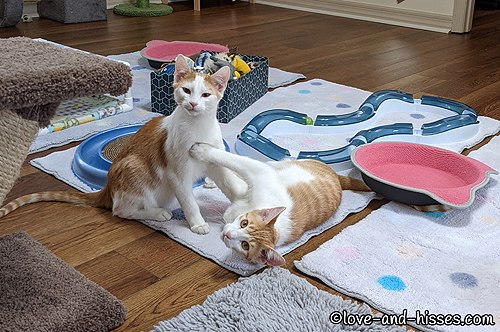 Christopher and Alfie’s faces are cracking me up. “What? We is wrasslin’!” 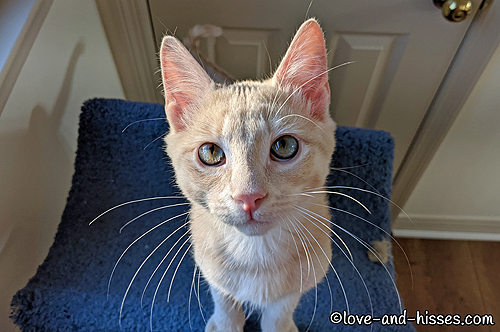 I missed posting this picture of Sammy yesterday – holy moly, look at those whiskers! 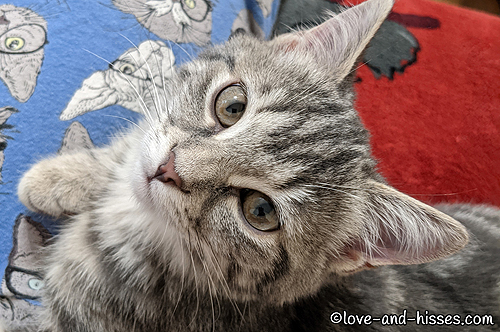 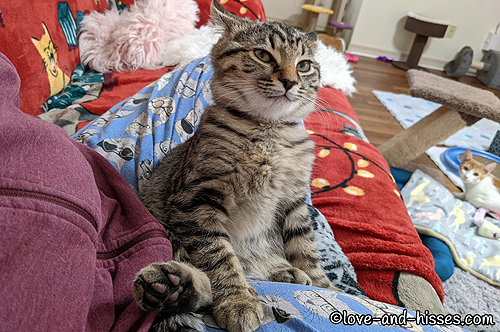 I’m not sure what I did to get the Ears of Annoyance from Barry, but the way he’s sitting with his back foot sticking up is pretty darn cute. I probably told him how cute he was, and he was all “I KNOW, lady. I know.” 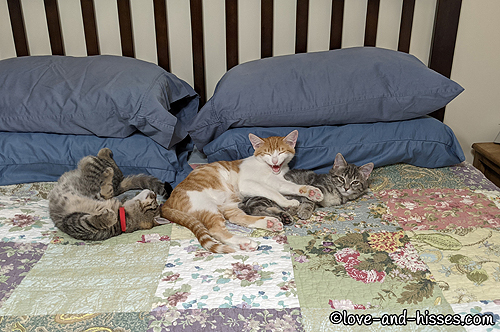 Alfie Alfredo is so very pleased with himself (that’s Barry on the left, Carli on the right.) 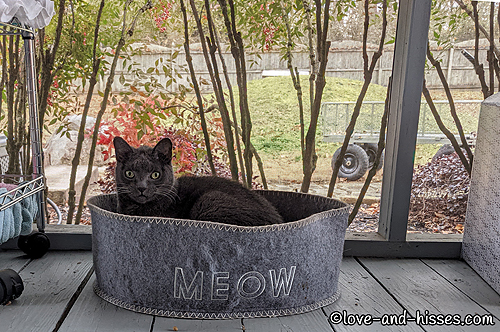 Jake’s got the loons on full display. 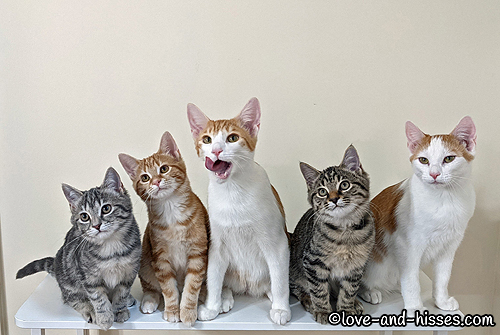 And then there were 5. (Left to right: Carli Calcium, Ozzy Osmium, Alfie Alfredo, Barry Beryllium & Christopher Chutney) Sammy Samarium was adopted on Saturday, and yesterday Nikki Nickel and Ruthy Ruthenium were adopted. (FYI: Alfie and Christopher are a bonded pair and must be adopted together!) 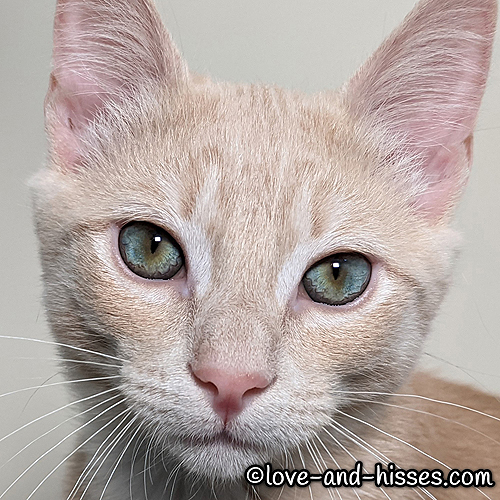 I nearly forgot to post this – we’ve had so many discussions about Sammy’s eyes and whether they’d stay blue. Well, this is a closeup of his eyes the day he went home, and there’s still a lot of blue there! I thought the gold around his pupil might spread outward, but it doesn’t seem to be doing so. Also, the vet who examined and neutered Sammy, who has seen approximately 17 billion cats over the course of her career, commented on how gorgeous his eyes are. That boy’s beautiful, for sure!

YouTube link
Elements kitten Sammy Samarium – the buff tabby boy – was adopted a few days ago and joined a home that includes kitty sister Mouse. He’ll still be known as Sammy in his new home. Here’s the video where you can see him grow while we fostered him from October 4 to December 4, 2021. 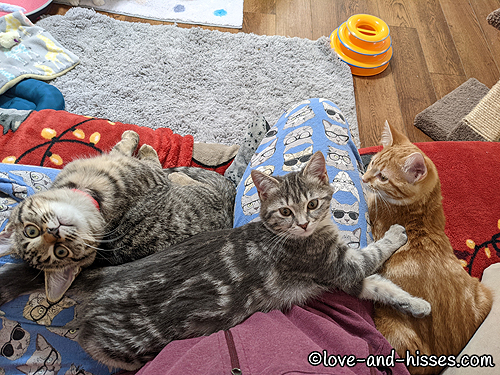 YouTube link
Alfie and Christopher were snuggling with the little kittens when I walked in. Christopher ran over to me for love, but Alfie just stayed there looking as smug as he could possibly be. (This video was made yesterday morning, before Nikki and Ruthy went home.) 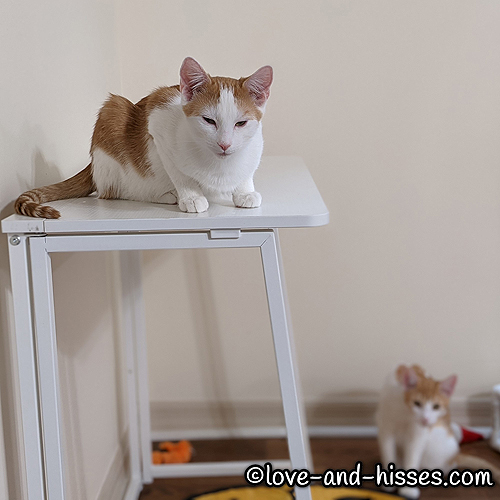 “Lady, this is where the Churu happens. Let’s make it happen, shall we?” 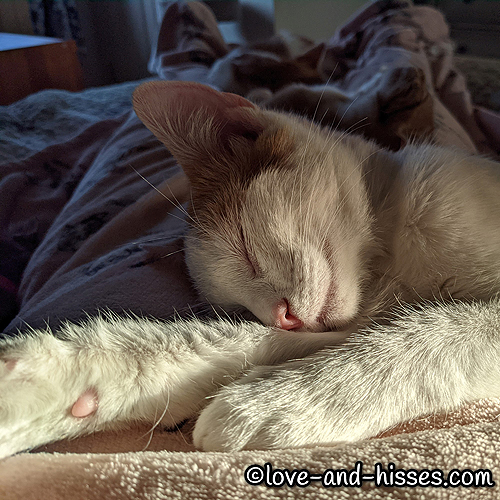