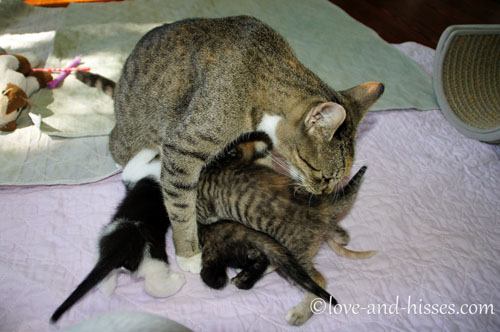 Poor Livia. She was sitting there, minding her own business, and then she was SWARMED. 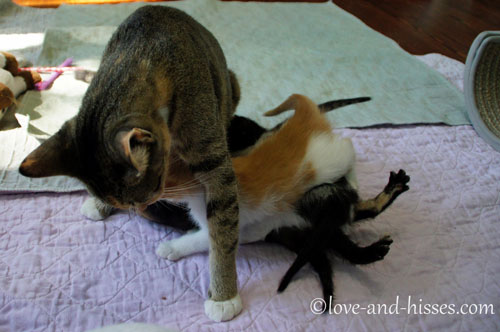 (Adriana’s legs, sticking out from underneath Paulie Walnuts: killing me DEAD.) 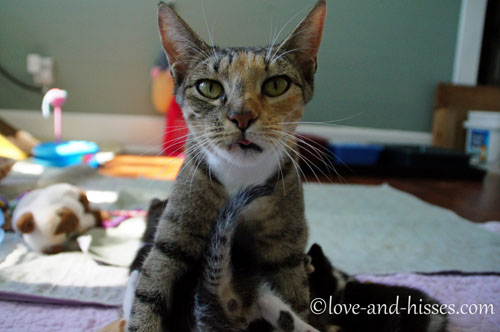 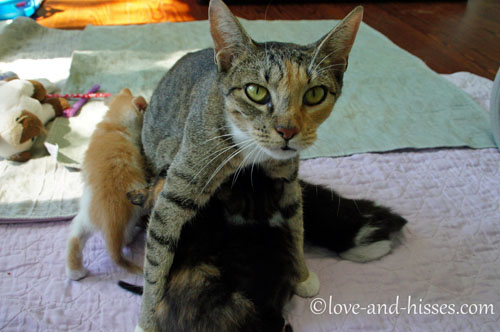 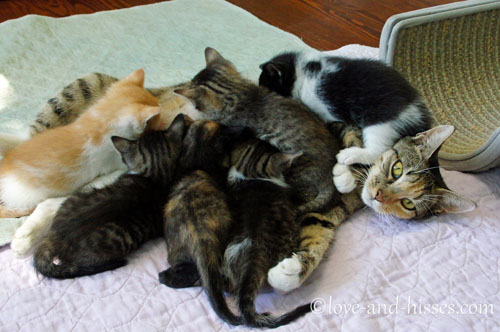 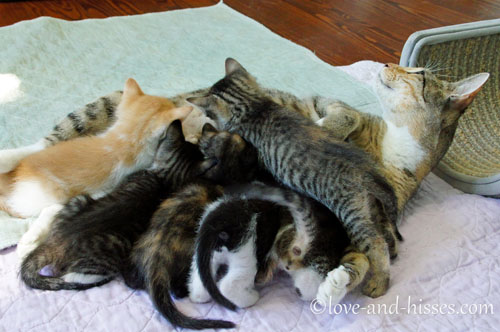 “Ceiling fan, take me away!” 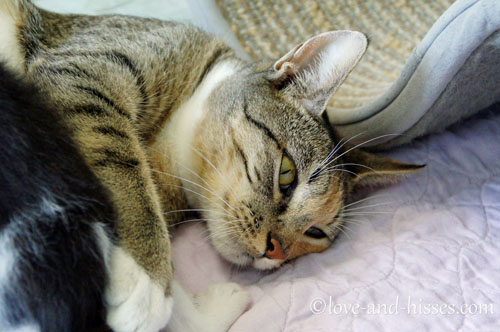 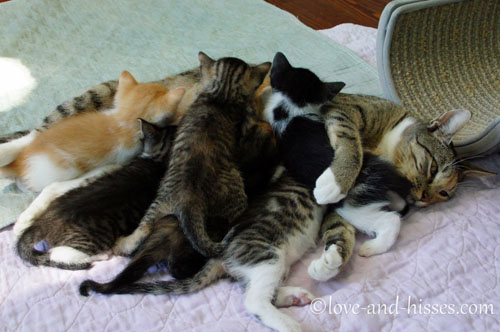 Everyone but Tony is in that pile. 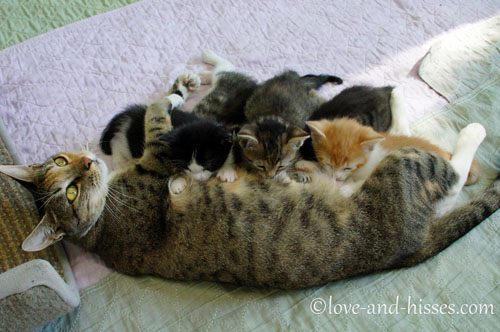 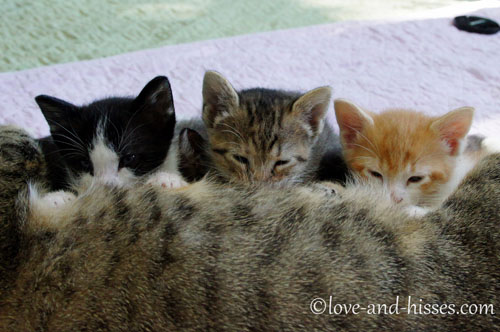 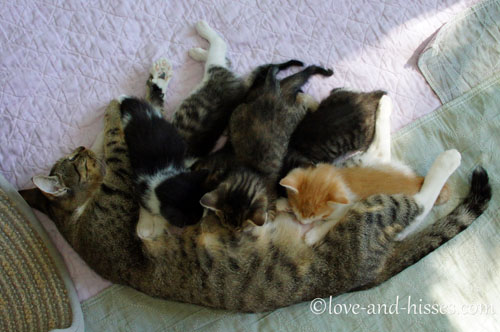 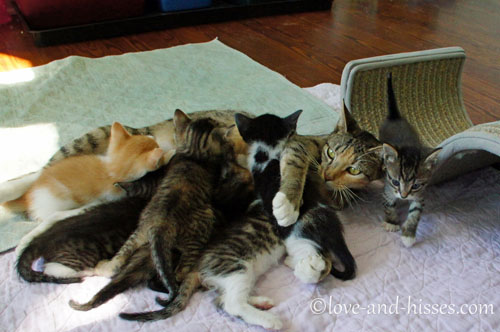 Tony, who had been wandering around the room, suddenly realized something was going on over here. “WHAT GOING ON OVER HERE?!” he demands. 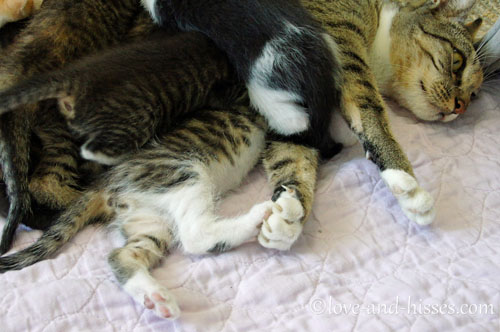 Silvio, bracing his back foot against Livia’s front paw to get leverage. SO. CUTE. 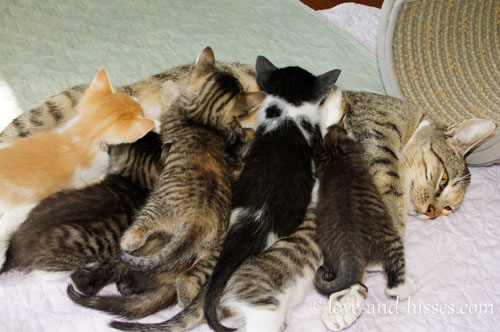 All kittens, present and accounted for. They might kind of blend together, but they’re all there! 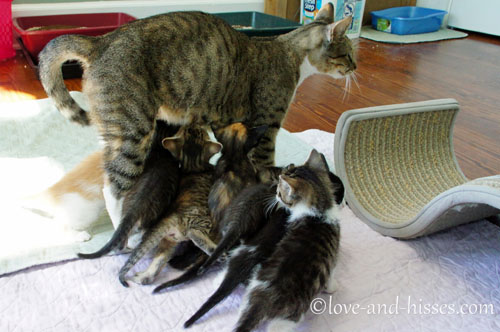 And just like that, Livia was DONE. Note that a couple of kittens are still latched on. 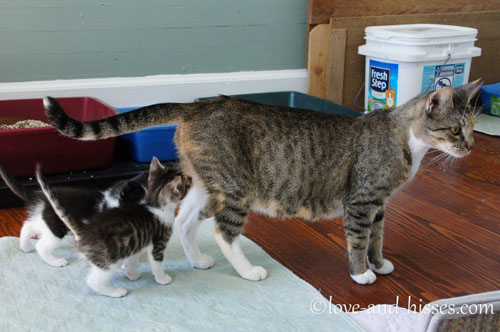 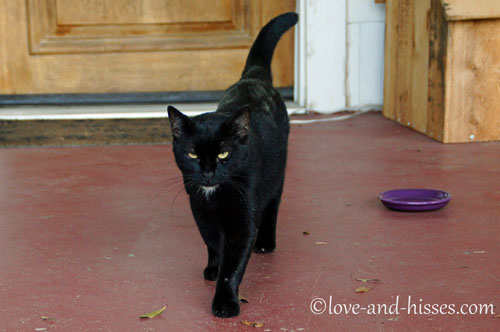 Maxi notes that there’s NO food on that plate and that just will not DO.