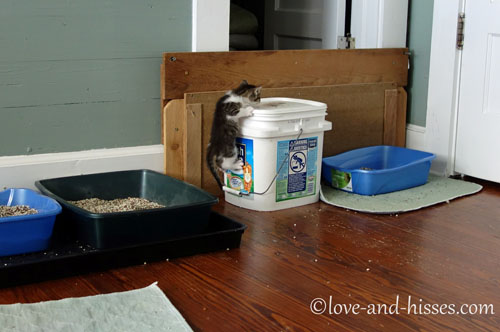 Silvio shows off his climbing skills. I have that litter bucket sitting there to hold the barrier across the doorway into the closet, where Livia’s litter box is. I use clumping litter for her, so didn’t want the kittens to get in there. The bucket’s also there so that she can jump up on it and then step over the barrier to the bucket sitting on the other side. She COULD just jump over the barrier if she wanted to, I suppose, but she’s feeding, cleaning, and disciplining 7 kittens every day. I thought I’d make life a little easier for her. In any case, I guess that barrier isn’t going to hold back the kittens for much longer! 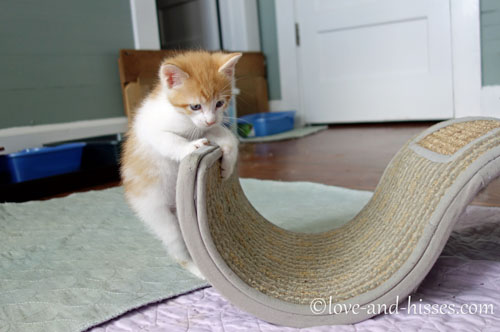 When they’re this little and light, they can climb on the scratcher and hang there without it tipping over. And they LOVE to do just that. 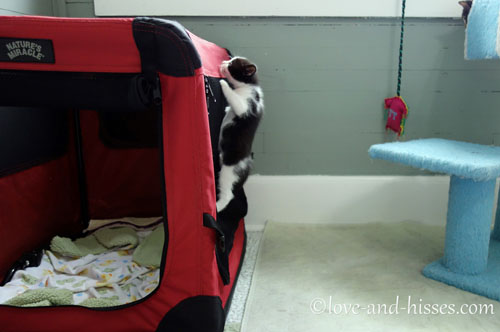 Meadow, climbing the crate that I have clearly not moved out of there yet. They still love to sleep in it! 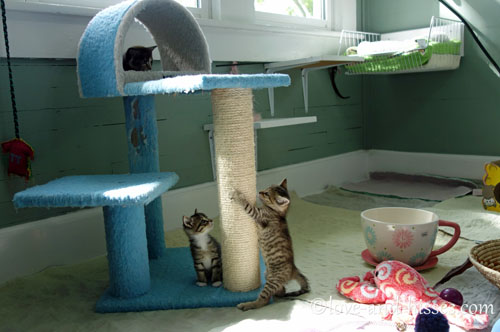 Tony, keeping a close eye to see how Carmela climbs that thing (note that Adriana’s on the top of the cat tree, settling in for a nap.) 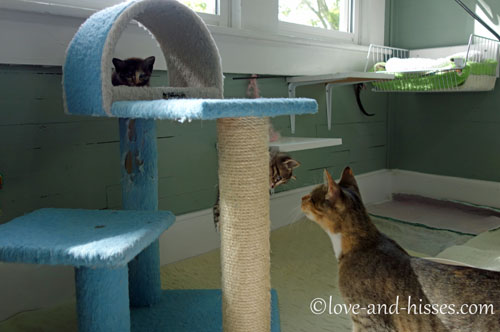 Tony, following Carmela’s example, started climbing. And then he didn’t know how to get down. Livia was like “Get down from there, child! You’re too little for that nonsense!” 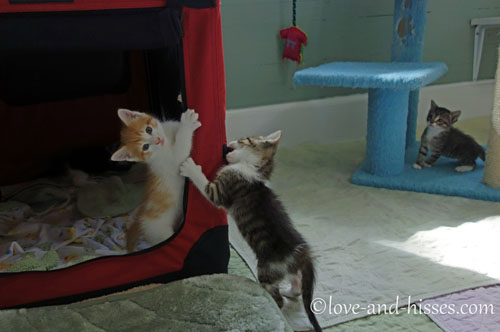 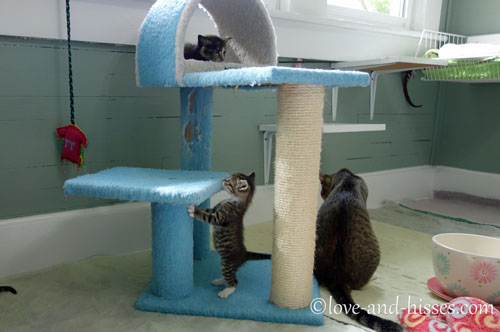 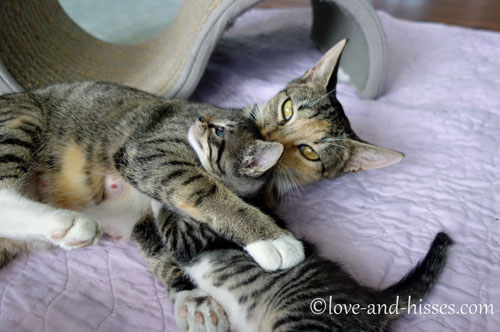 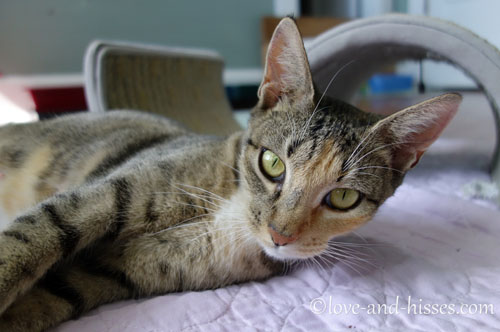 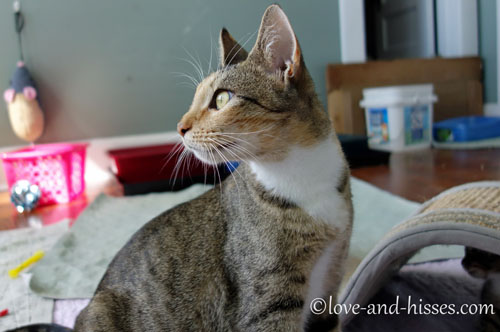 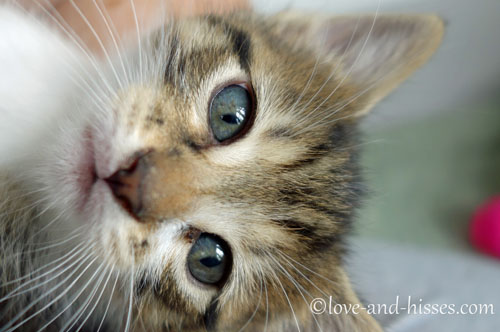 Silvio’s eyes are changing. Wahhhh, I want them to stay blue! 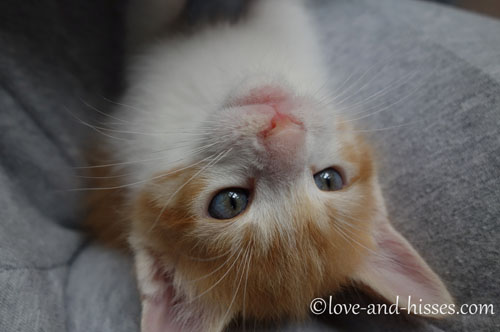 Paulie’s eyes are changing, too. Drat! 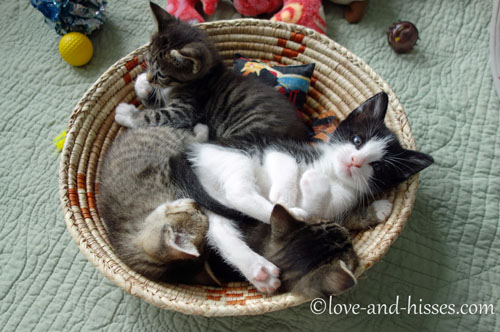 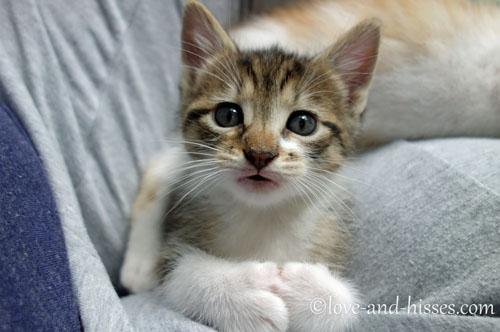 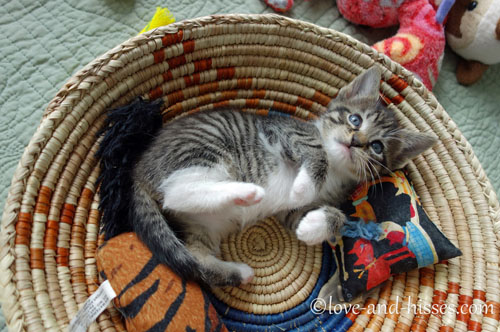 Melfi has the basket ALL to herself. 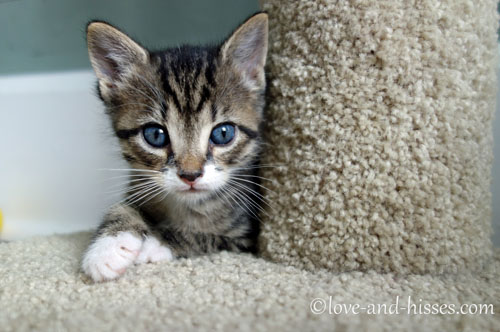 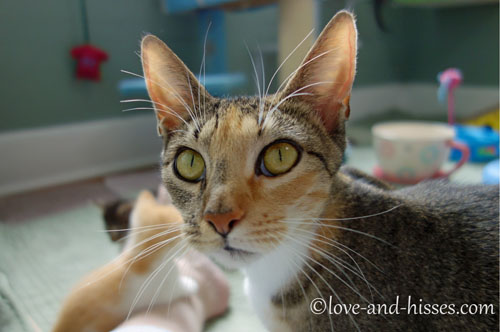 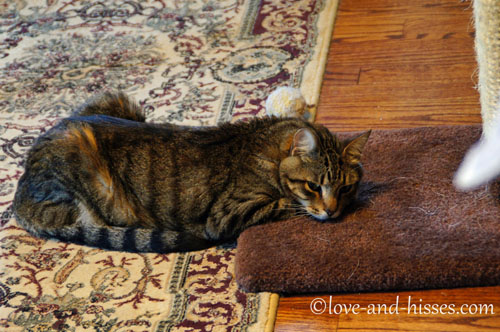 One of Corbie’s favorite places to be – in the front room, laying on the scratcher behind the couch. He is such a beautiful boy, isn’t he?