I’ve received more holiday cards! I scanned them, and they’re at the beginning of the Flickr album, which you can see here or scroll through below! 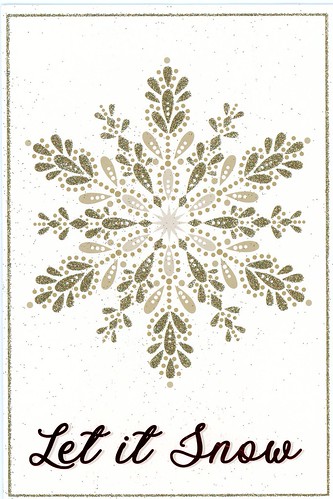 People of the innernets, say hello to our new foster! 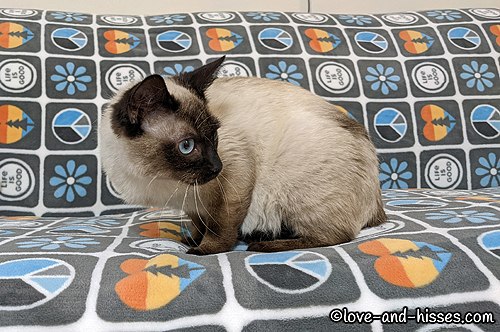 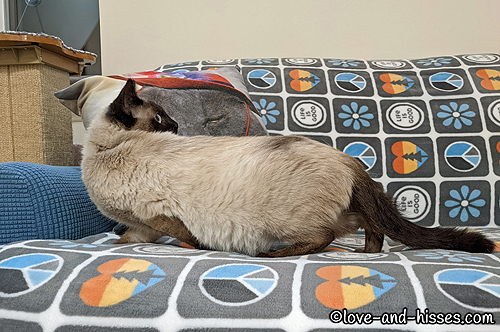 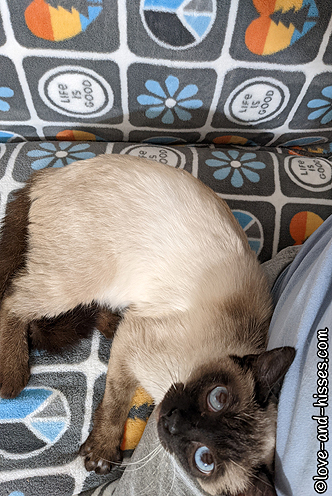 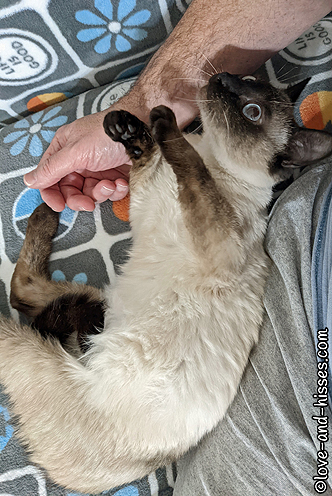 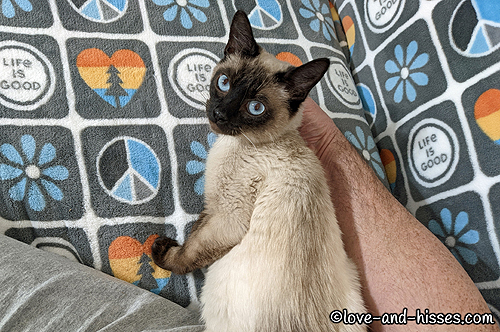 Her name is Wisteria, and she is a very tiny adult-ish (about 10 months old) Seal Point Siamese girl with gorgeous blue eyes. She came from an animal control facility near Birmingham, and was transported Monday afternoon by volunteers Candy and Heike. (Candy also happens to be the one who transported Canasta last year.)

Is she pregnant? Well I like that I pose this question as though I have an answer. She doesn’t strike me as particularly pregnant, but the animal control facility she came from said that she is. She’s very small, but has a little bit of roundness to her belly. (Note: so did Ivy.) I truly have no idea – I will say that if she is pregnant, we’ve got a good while to wait. (As both Michelle and I pointed out, I haven’t had two fakers in a row… YET.)

She hasn’t seen a vet – she just got here Monday night, seems to be in great shape, and I don’t actually see a reason for a vet visit since we’re not having issues at this point. We’re basically going to watch and wait, let her relax and acclimate to the foster room for a little while before putting her through a vet visit. My gut says that HER gut doesn’t look like a pregnant gut, and that we’ve got another faker on our hands.

She was pretty nervous when we got her home Monday evening – she checked out the room and then hid behind a cat bed. About 2 1/2 hours after we got her home, Fred went in and petted her, whereupon she turned on her purr. She spent the evening skulking around the room, and then settled in the back corner of the crate I’d set up, and seems to have decided that that’s her safe space. The girl has a serious purr, and all you have to do to get her to purr is speak to her. She doesn’t approach me for petting yet – and really, it’s very early still, we’ve only had her a day – but loves being petted.

Oh, and her story: she was found stray and no one claimed her. 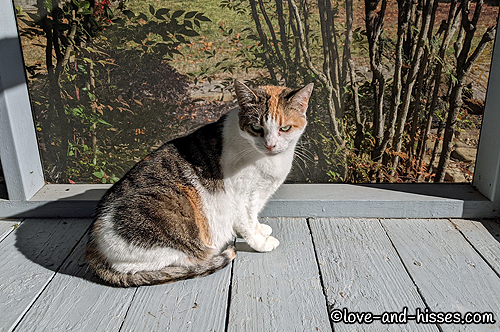 Alice Mo enjoys the sunshine while giving me attitude. She’s a multi-tasker! 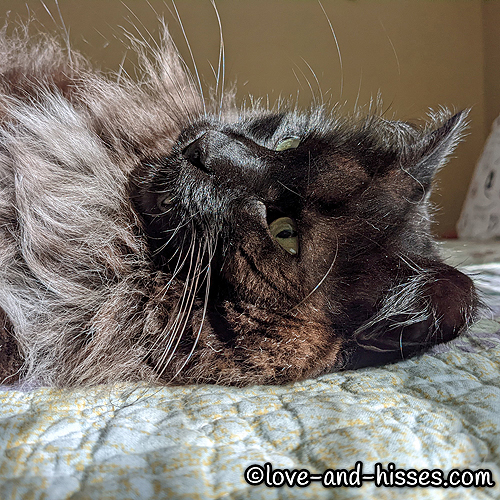 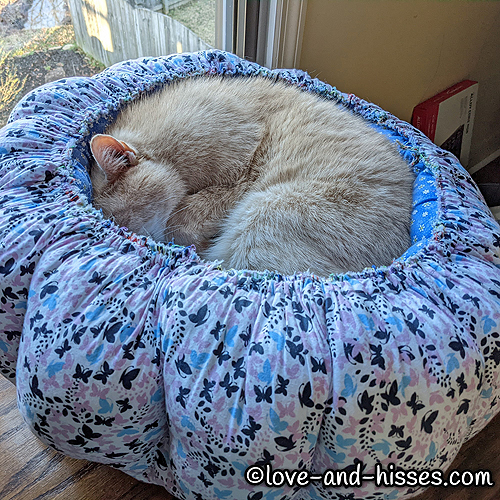 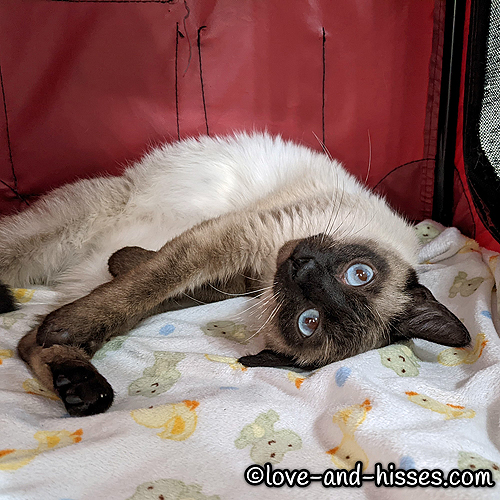