Bugs and Lola were adopted and went home yesterday! No, I didn’t mention on Friday that they had an adoption pending because they didn’t have an adoption pending until Sunday. A lovely family came to meet them, and even though Lola was a scared little hider, they weren’t deterred. They are truly the perfect family for Bugs and Lola, a mother and college-aged daughter who is in nursing school and who was absolutely wonderful with Lola. And although Lola is the kind of kitten who is scared of new situations and tends to hide, Bugs is the exact opposite, and I think they’ll balance each other beautifully.

This left us with Clyde and Cutey (who are adoption pending and will be headed home next week) and Bunny.

Yesterday afternoon, Bunny went back to Michelle’s house. Michelle’s house is where Bunny and her kittens were before they came to me (I know I’ve mentioned Michelle before; she and Brittany are the fosters I subfoster under.) Bunny needs to learn to deal with other cats – or, I suppose, make it clear that she needs to be an only cat (I believe that she’ll be okay with a cat or cats who won’t get all up in her space.) And I need to clear out the foster room for the next batch.

I mean… You knew there was going to be another batch, right? As usual at this time of year, this area is absolutely inundated with cats and kittens who desperately need a place to be. I need a couple of days to deep clean the foster room, and by the end of the week we’ll be kitten’d up again.

Cutey and Clyde will be moved to the guest bedroom at night, and will roam the house (except for the foster room) during the days. We took down the barrier to the front stairway so they could explore the rest of the house yesterday afternoon, and they made themselves immediately at home.

I know y’all are feeling bad for Bunny who is suddenly without her kittens, but she’s been growling, hissing and smacking them most of the time lately. She’s MORE than ready to be kittenless. She did have a couple of interested possible adopters come and meet her late last week, but Bunny doesn’t “show” very well (she is prone to smacking and biting) and so it may take a while before her people come along. Sometimes it just takes time.

So here are the rest of the pictures I’ve taken that include Lola and Bugs. I’ll have Bunny’s pictures in tomorrow’s post, because I still need to put them together. You’ll even get to see the progress on her neck wound, because of course I’ve been taking pictures. 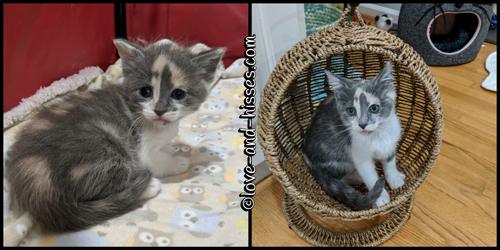 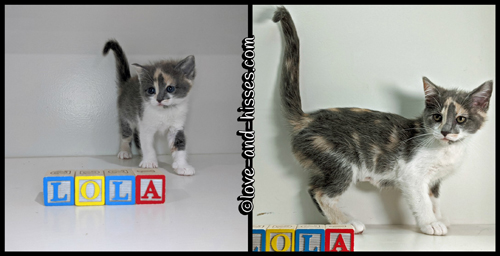 Annnd Lola at 5 weeks and at 12 weeks. I love that her tail is in the exact same position! 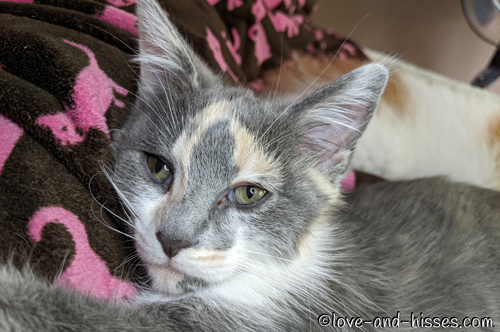 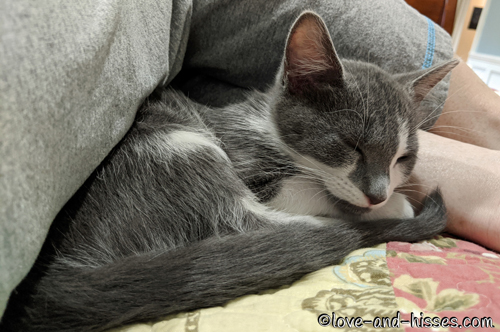 Bugs, curled up behind my knees. Awww. 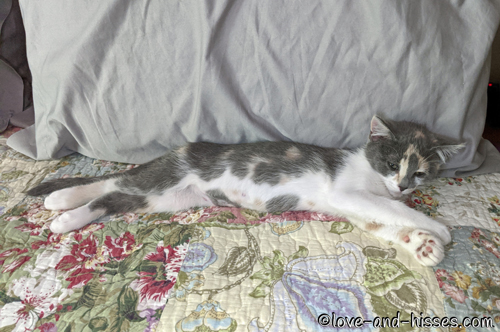 Not quite as long as that pillow yet, Lola. 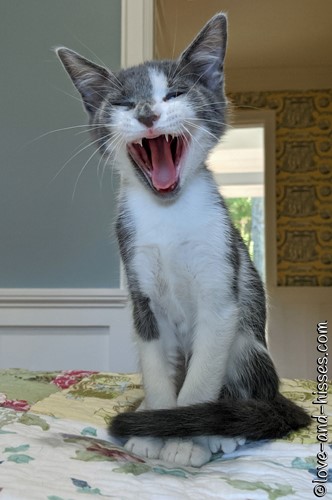 Bugs laughing at his own joke. (I adore the way his tail is wrapped around his front paws.) 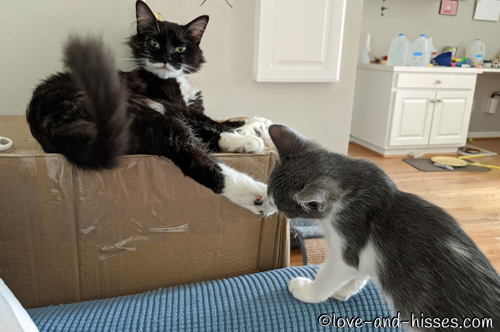 Bunny, all “I blame you for this, lady.” 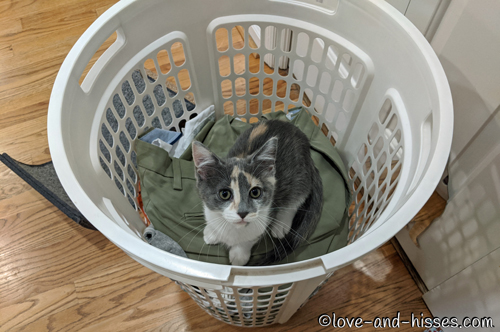 Lola, ready to help with the laundry. 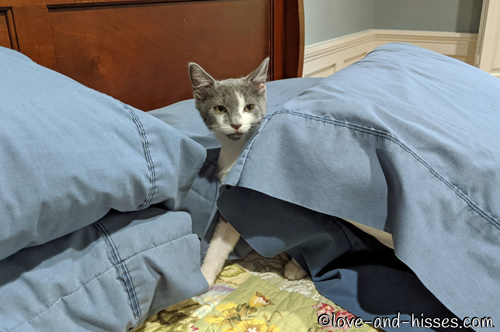 Bugs is 100% not scared of that vacuum cleaner, he was just checking out behind the pillows, DUH. 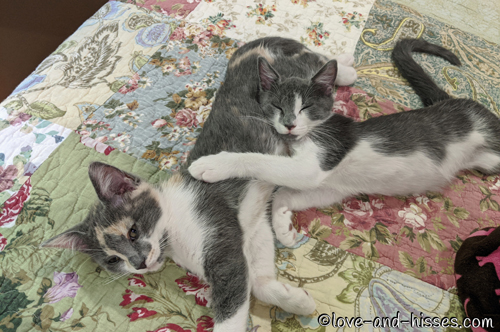 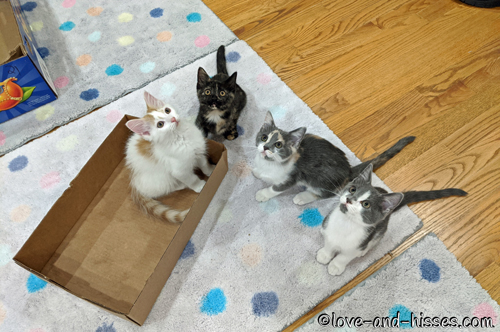 One last shot of all 4 kittens. 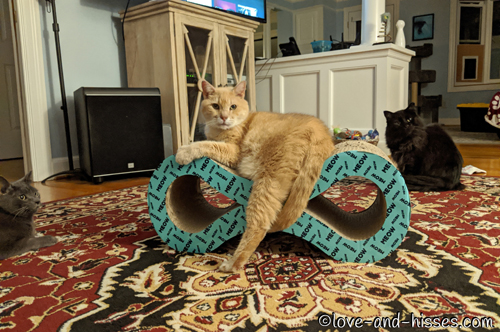 This picture cracks me up, with the sassy way Newt is sitting on that scratcher, Khal’s head tilt, and Jake on the left, pretending I’m not there.