Remember last week, when I said I was pretty certain another Challenger’s House fosterer had used the idea of constellations to name a litter of kittens? I was right!

Cydney emailed me and said:

Yep, you were right….it was me that used the constellation theme when I had a crew of 7 black and whites (pic attached). Sort of reminded me of the night sky when all 7 cuddled up like that which was often. They were all right at a pound in this picture and look at that beautiful little boy in the bottom right corner. But I only used the letter P so there’s a bunch more constellation names out there. Mine were Perseus, Pegasus, Pyxis, Pictar, Puppis, Pisces, and Pavo. 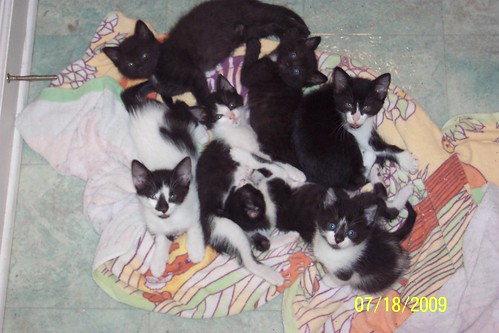 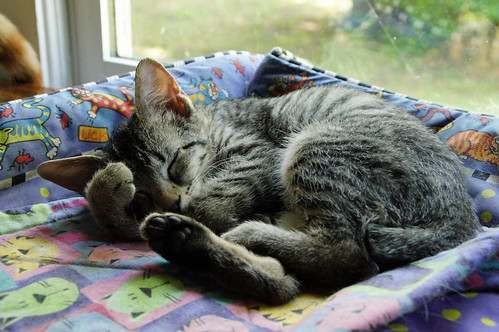 Razzie and her gigantic back foot. 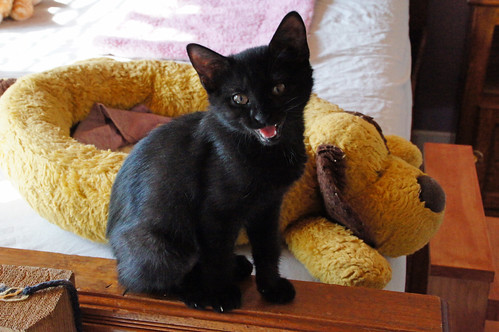 This right here is why Fred calls Logie “Miss Mouth.” She’s always got somethin’ to say. 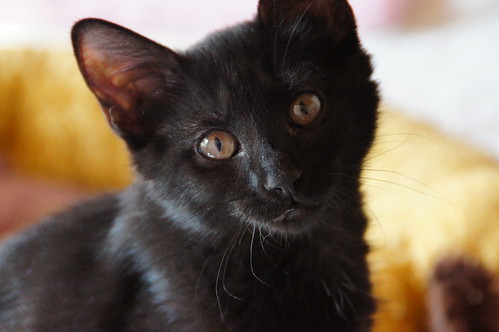 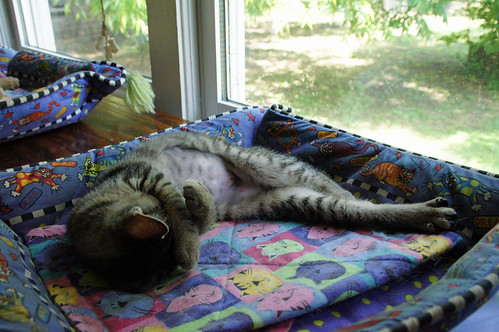 Razzie and her shaved belleh. 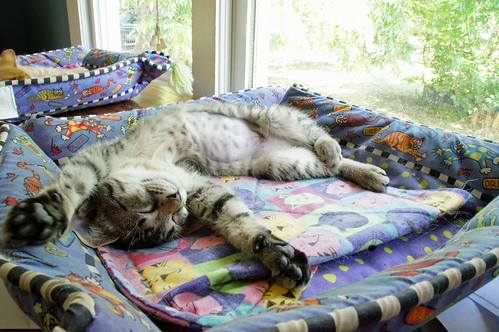 Clearly it bothers her a great deal. 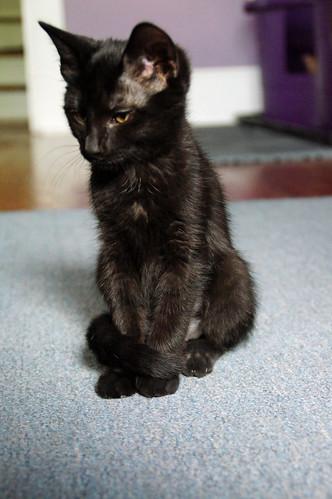 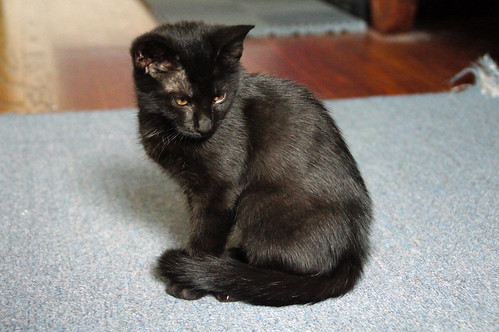 Logie, judging. (I love it when cats sit with their tail curled over their front paws.) 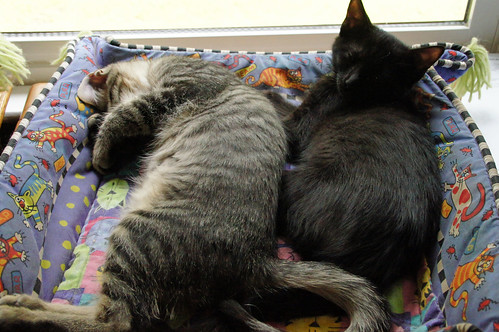 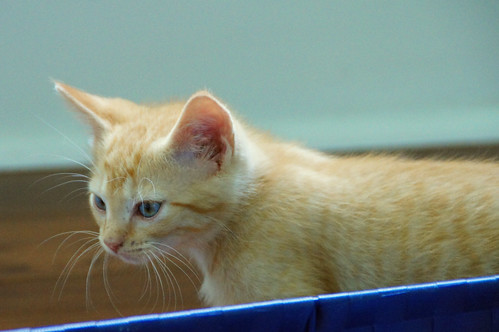 Kennebec keeps an eye on the goings-on. 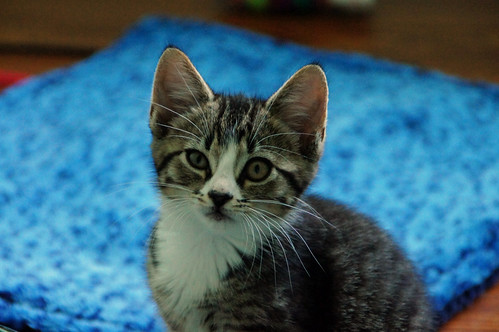 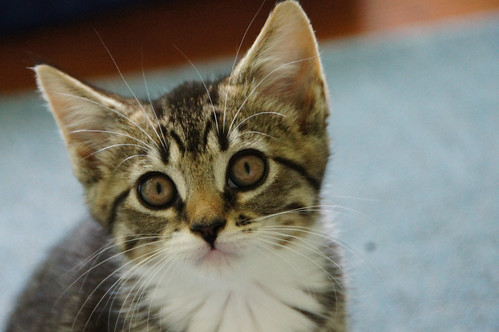 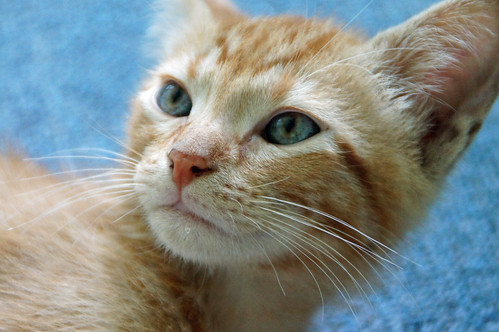 Norland, gazing off into the distance and thinking deep thoughts. 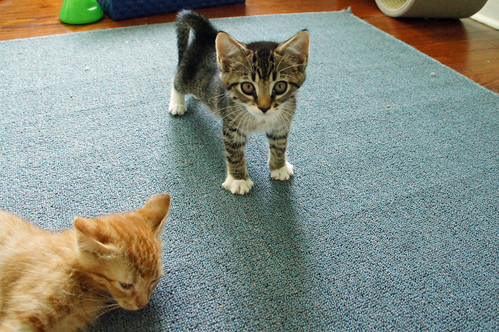 Just look at that girl. She’s all eyes! 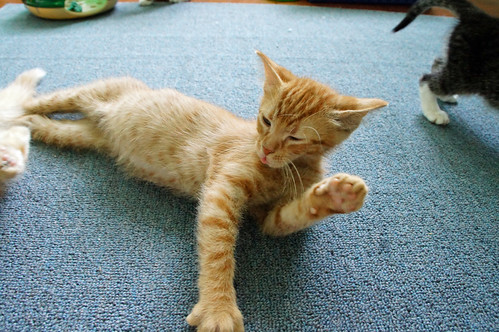 Norland cracks me up. 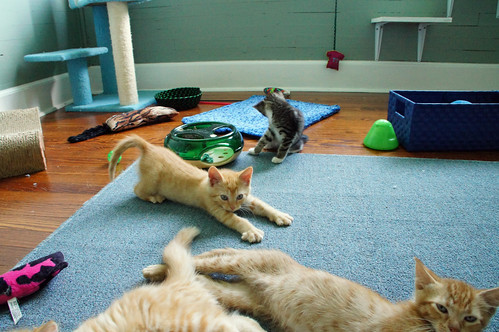 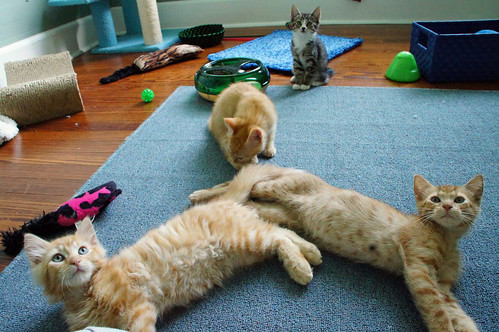 You can see in this picture (where I am clearly waving a toy over my head to get the kittens to look at me, which Kennebec is NOT), that Russet and Kennebec are a yellowy orange, whereas Norland is more of a redder orange. 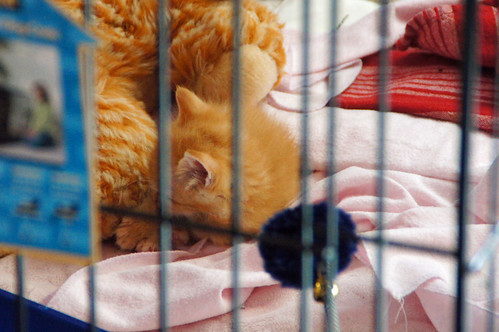 Sound asleep, snuggled up to his stuffed mama kitty. Then he hears me coming…. 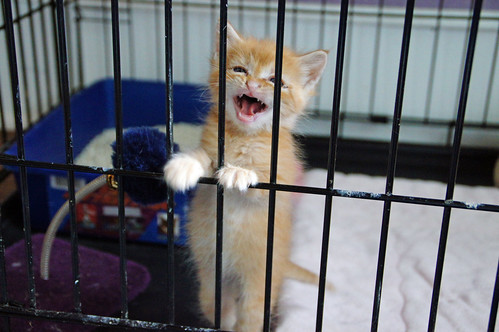 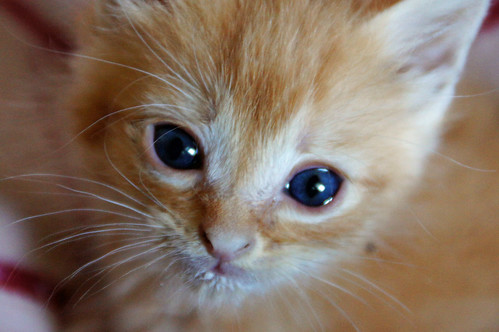 Such a beautiful boy. 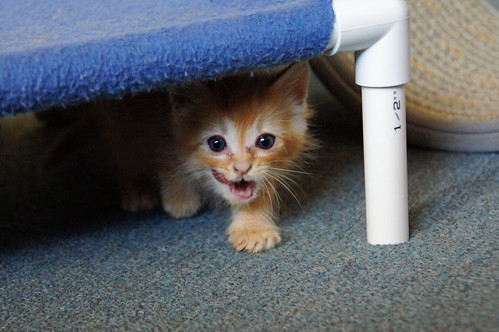 One of the things he likes to do when he’s done eating is to run around the room. And he ADORES hanging out under the hammock. He sits under there, then pops out at me, then slides back under. I’m pretty sure he’s trying to kill me with the cute. 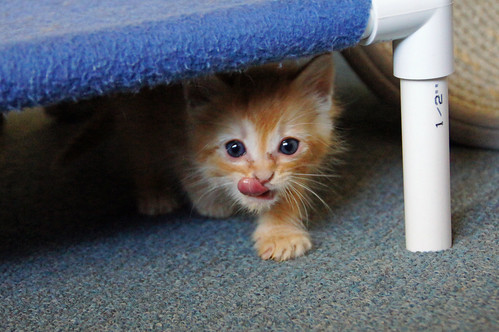 I caught a little of his “voice” on video. I did, of course, immediately pick him up and kiss him after I set the camera down.

Cicero is doing well. He’s steadily gaining weight, he’s eating well. He’s been using the litter box since the day after I put it in his cage. He laps formula out of a bowl and eats on his own. I leave his cage open and let him run around the room for a couple of hours in the evening, and usually when I check on him he’s either sitting under the hammock, checking out the toys under the bed, or he’s put himself back to bed in his cage. SO. FREAKIN’. CUTE. 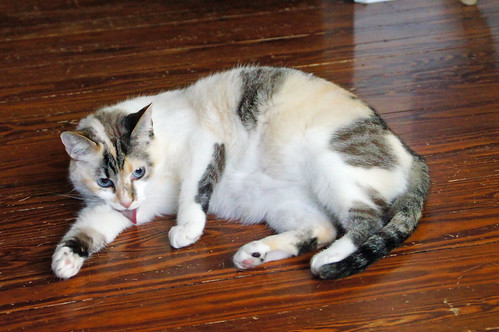 Stinkerbelle’s been spending more time hanging out in various places through the house other than her usual spot atop the kitchen cabinets. The other day I was watching TV and Alice came into the room. She sat in the center of the rug and kept looking toward the doorway. A few moments later, Stinkerbelle RAN into the room at top speed. She and Alice had a slap fight, and then Stinkerbelle ran back out of the room. I’m not sure what that was about, but it was funny to witness. 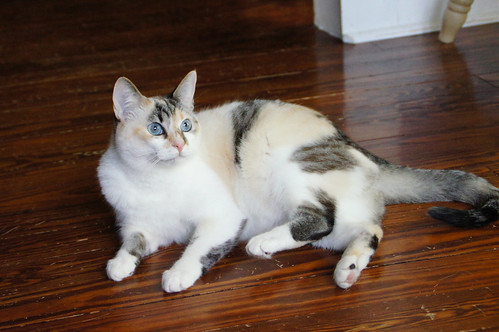