The day we all knew was coming is here, you guys. I got word yesterday afternoon that there’s room for the Noms at Petsmart, so in a little while I’ll be leaving for Petsmart, all four of them in tow. It’s going to be sad and I’m sure I’ll be doing the “Wahhhhhhhhhhh! We could keep them! 18 cats isn’t that many!!!” all the way home.

I will, of course, let y’all know when they’re adopted. I’m hoping it’ll be SUPER soon! One thing’s for sure, it’s going to be very very quiet around here without them running around. 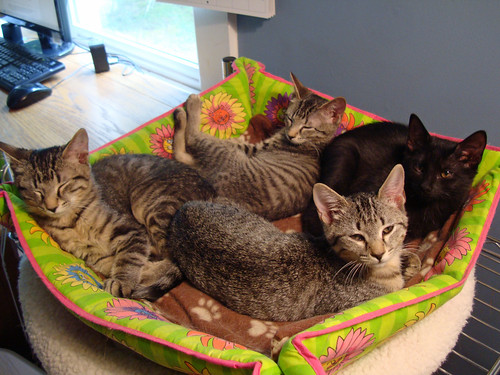 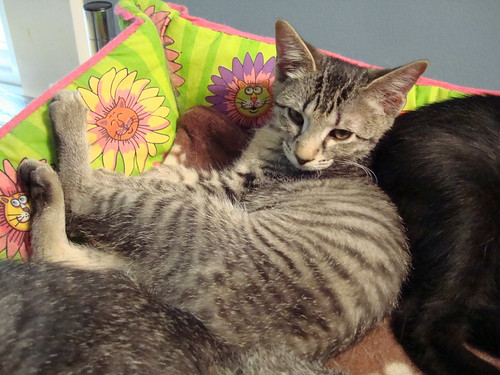 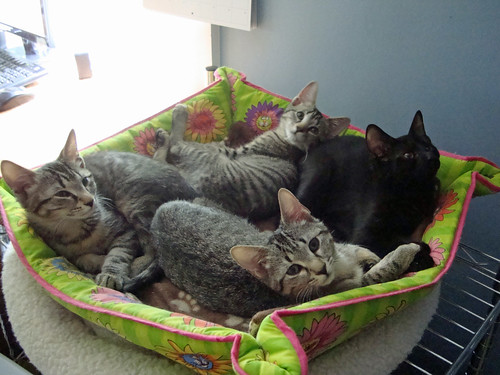 One last shot of all four Noms, together. 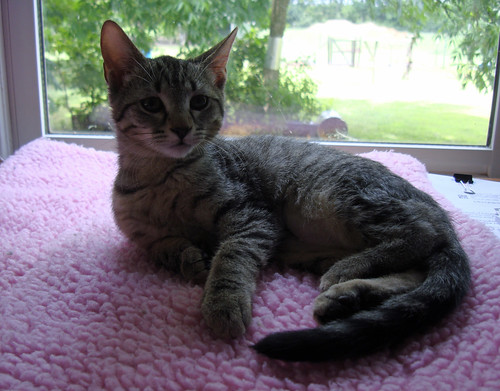 Sweet Darwin looks suspicious that I might be about to grab her up and put her in a carrier. 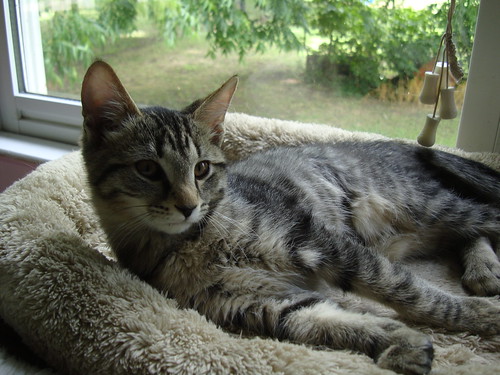 Newbery’s not worried, though. Nothing fazes him. 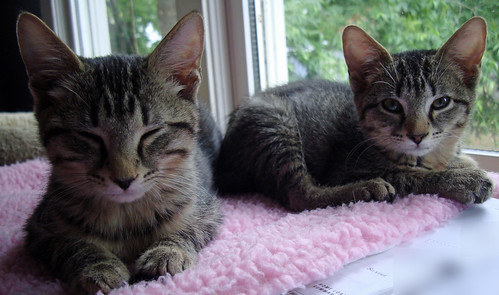 Newbery and Razzie, hanging out. 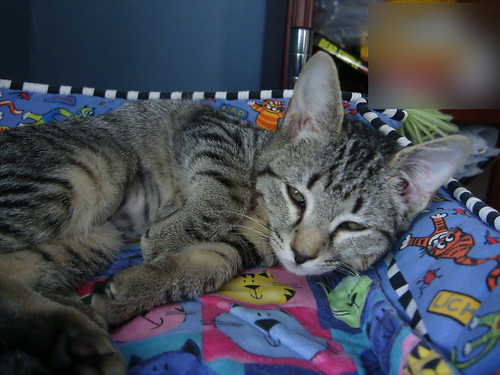 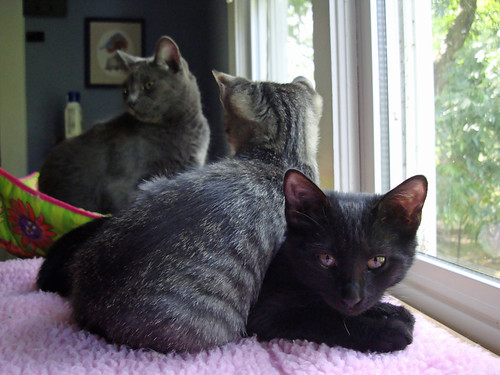 Keeping my fingers crossed that Logie’s the first one adopted! 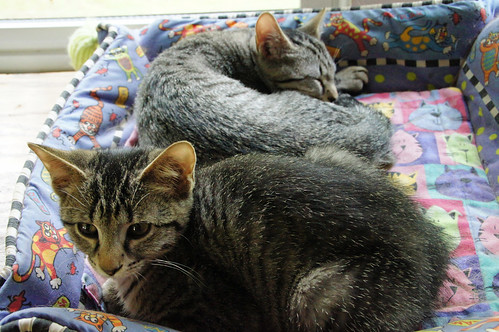 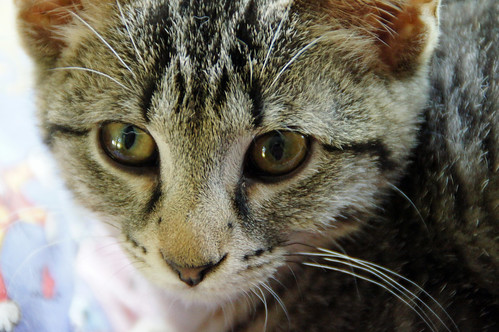 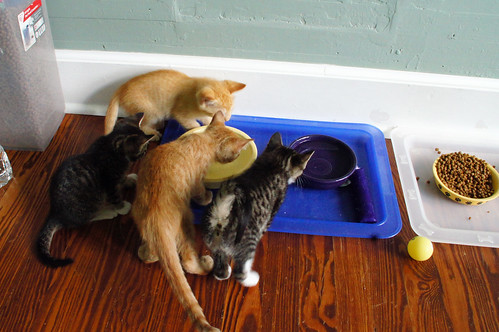 The Taters belly up to the water bowls. 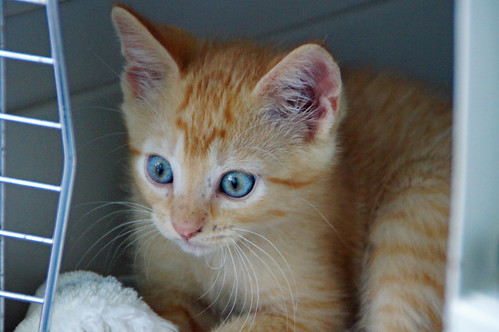 Looks like Kennebec’s eyes are changing. Interesting that his are changing so much more slowly than his sisters’ did, isn’t it? 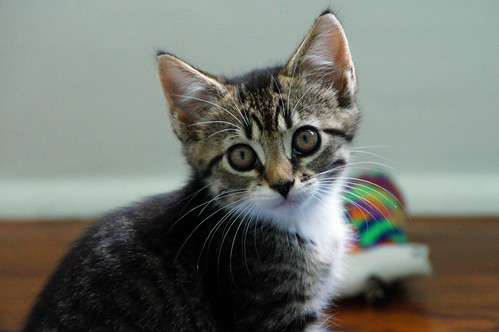 Not only is she adorable with those huge eyes, but Agata’s also a sweet snuggle bunny. 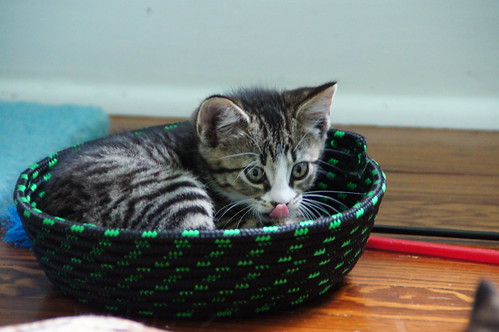 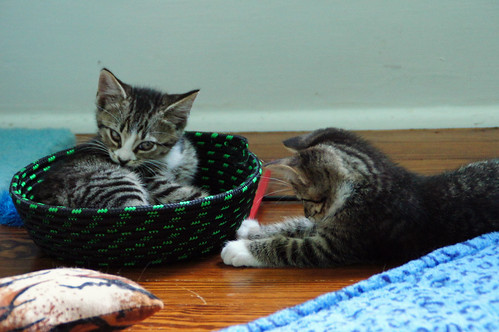 That little basket’s the perfect size for Fianna. 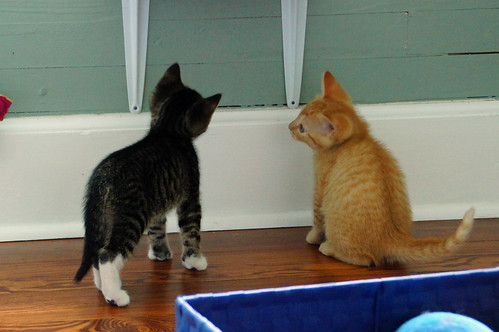 “Well, I don’t know. It just doesn’t look structurally sound. I’m afraid I’m going to have to ticket you.” 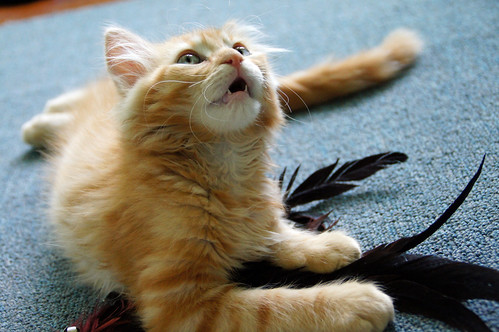 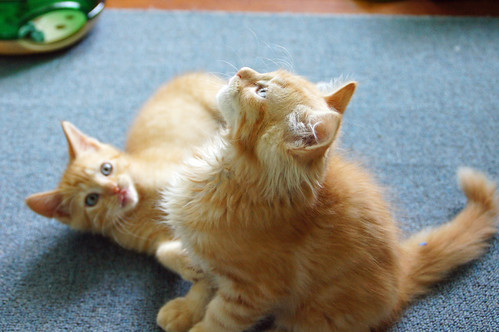 Kennebec and The Floof. The new crime-fighting team, coming this Fall on AMC! 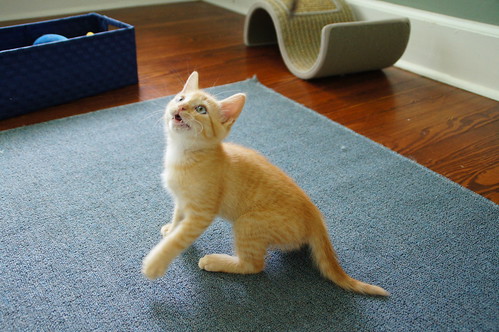 “You know you DID it, just ADMIT it!” 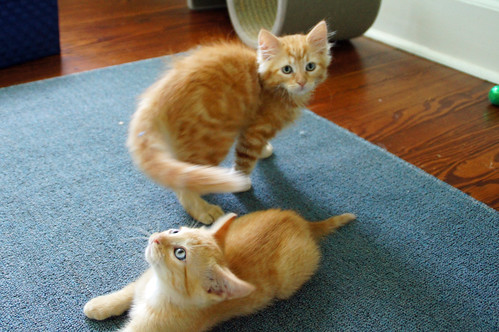 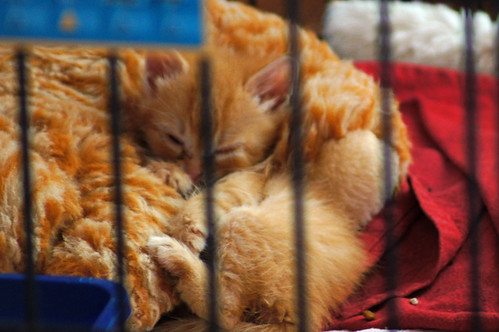 Curled up next to his stuffed mama kitty. 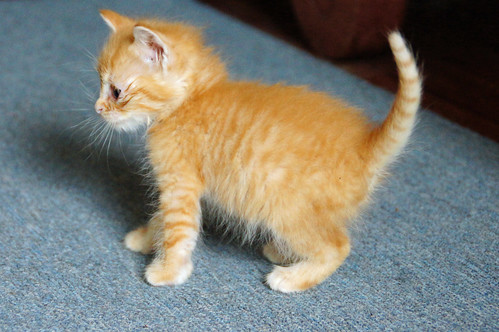 His face was wet ’caused I’d just wiped him down. 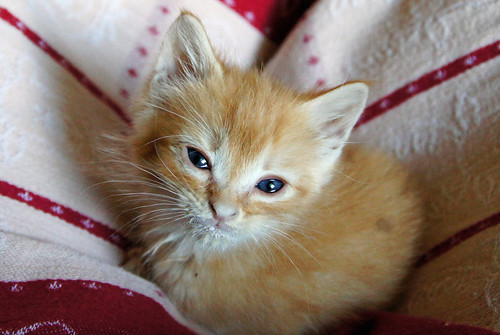 “You gonna kiss me or what, lady?” 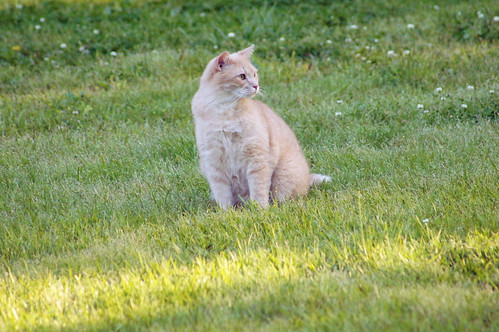 Newt, out standing in his field (ha!).