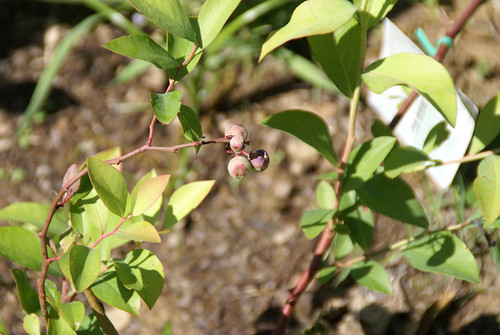 We finally got a couple of blueberry bushes to go with the one we already had, and Fred planted them in the back yard. They’re still tiny, but it looks like we’re actually going to get a handful of blueberries this year! Too cool. 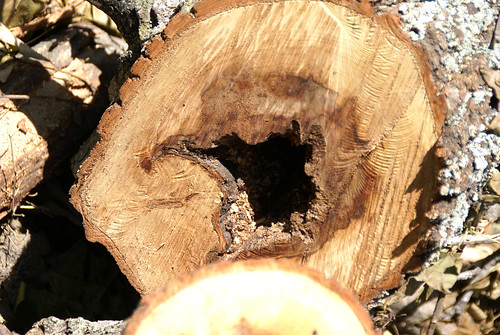 It looks like the tree would have eventually fallen on its own, tornado winds or no. 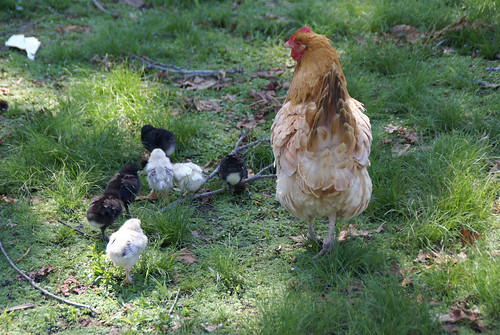 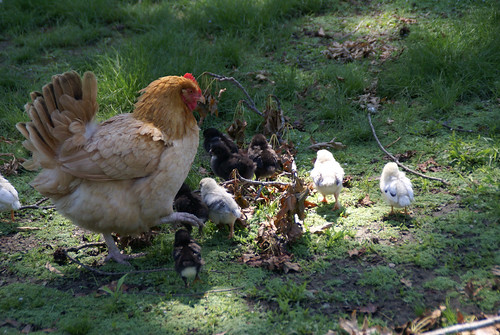 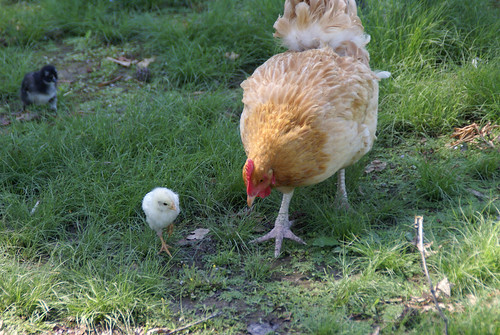 I thought for sure some or all of the baby chicks would have washed/ blown away in the storms, but no. Every one of them is present and accounted for! 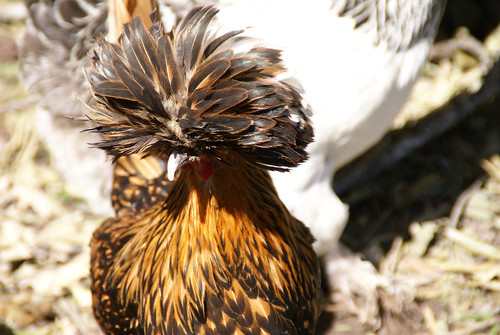 The Rock Star. I think she is the most beautiful chicken, ever. 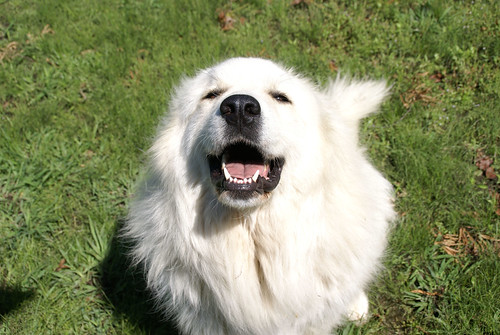 Pretty much every day is the best! day! ever! as far as Gracie’s concerned. 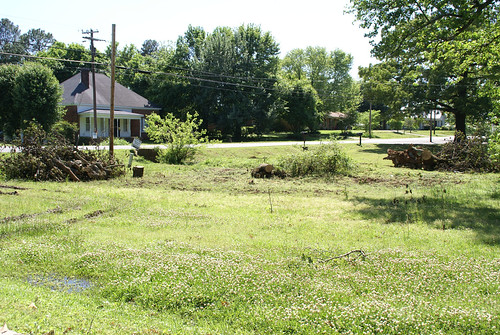 A roving band of tree-cutter-uppers showed up, cut up the tree which had fallen across the ditch from the church property next door, and then kept on movin’. 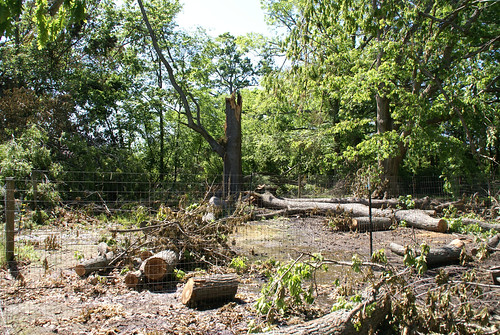 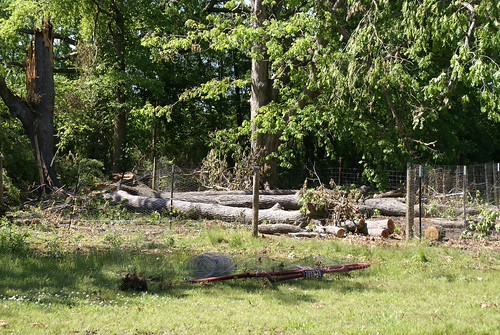 Chicken yard after we carried off as much of the greenery and smaller limbs as we could. Where those big logs are laying is what used to be part of the chicken yard. We’re going to need professionals to come cut up the rest of the wood and cart it off – Fred’s chainsaw is a good one, but not THAT good. 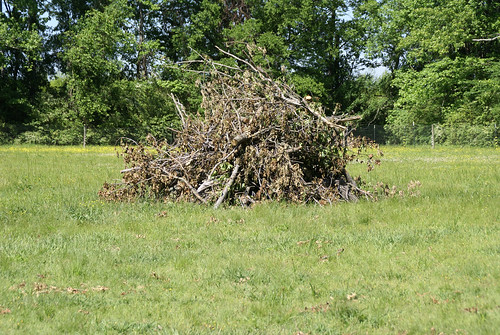 One of the burn piles. There’s another near the garden. 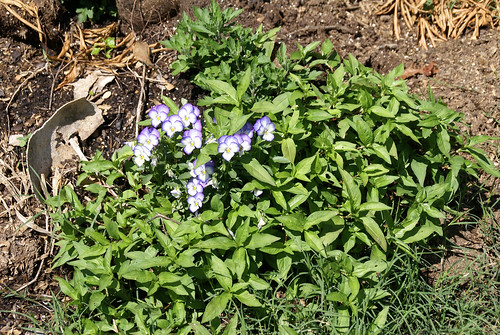 I can’t get over just how happy these pansies, growing on the compost heap, are doing. 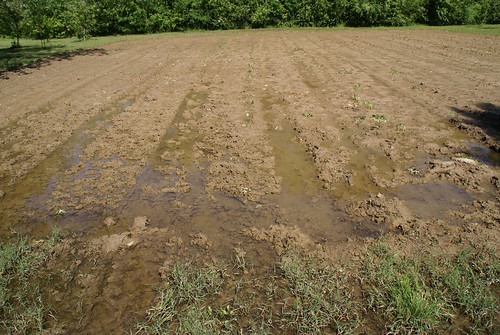 The state of the garden as of yesterday. You can see about six shriveled looking tomato plants (the other 38 are completely gone). The peppers, in the middle of the picture, are hanging in there. 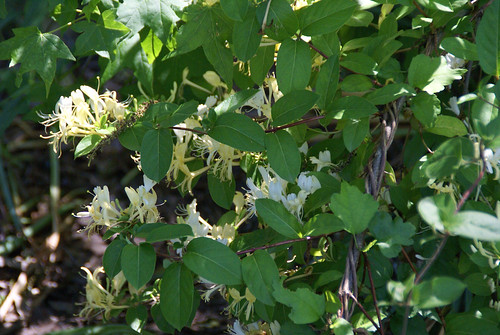 Honeysuckle growing in the back yard. This stuff smells heavenly.

Hackleburg, Alabama is about 80 miles from us. They were hit hard by the tornadoes, and when I called and talked to the shelter manager about Dorothy and where she could have possibly come from, Susan joked that “Maybe she was blown up from Hackleburg!”

Imagine my surprise yesterday, when I was walking around taking pictures, to find a packing slip laying in the yard. 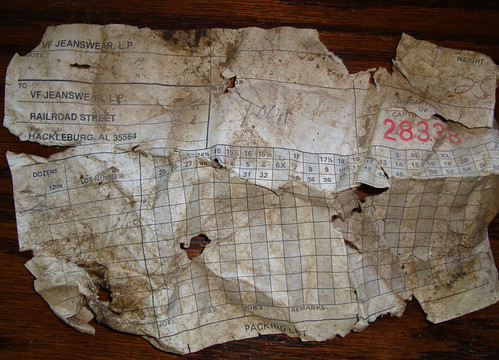 The VF Corporation distribution plant in Hackleburg was destroyed; one employee was killed.

Someone asked at some point whether the babies are still hissing at me. They stopped hissing right around the time their eyes opened, and I haven’t heard a hiss from them (toward me, anyway) since. These days, when they see or hear me, they come running over, start climbing my legs, and howl their little heads off.

I’ll try to get that on video for you. It’s quite the cacophony, let me tell you. 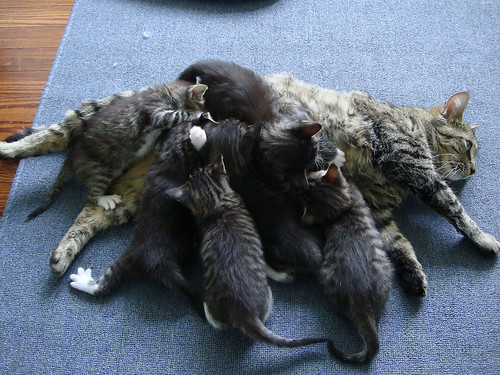 I love how Ciara is flopped over the top of Maggie, getting to her food that way.

If you’d like to compare, here they are the day they were born: 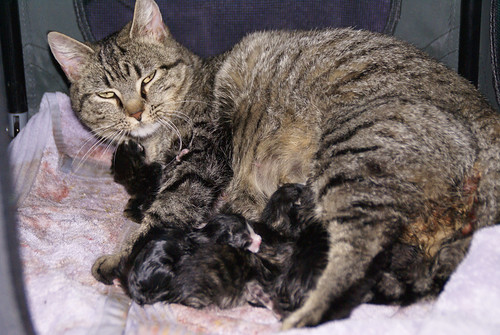 And at three days old: 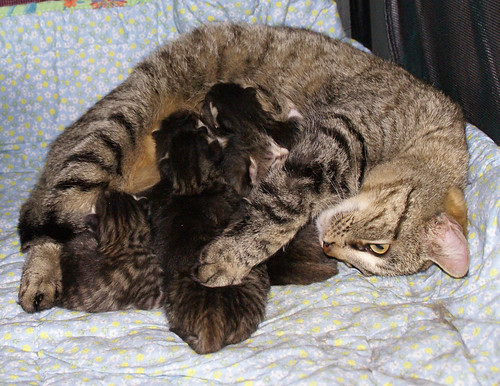 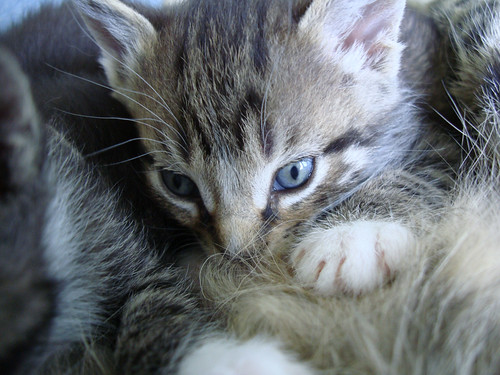 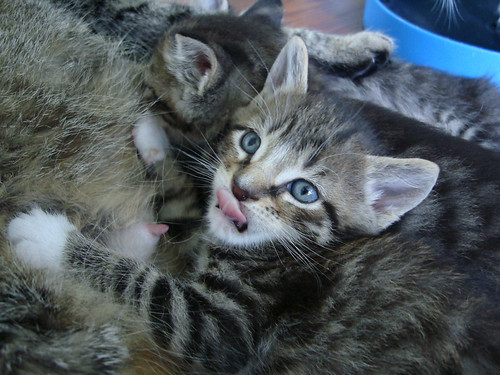 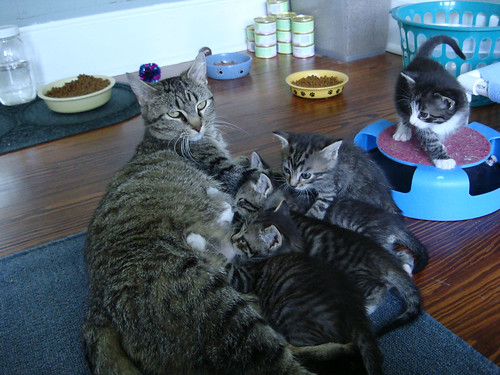 Pouty Princess is all “WHAT is going on over there?!” 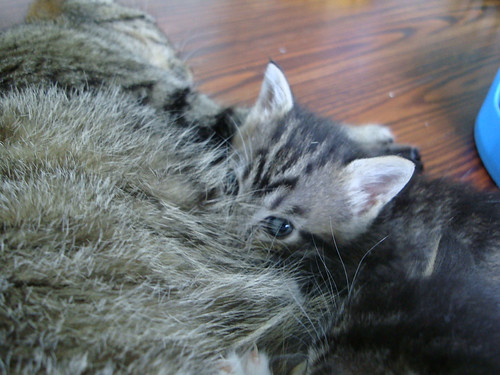 I love how Fergus Simon is keeping his eye on his brother, all “This is MINE, you get your own!” 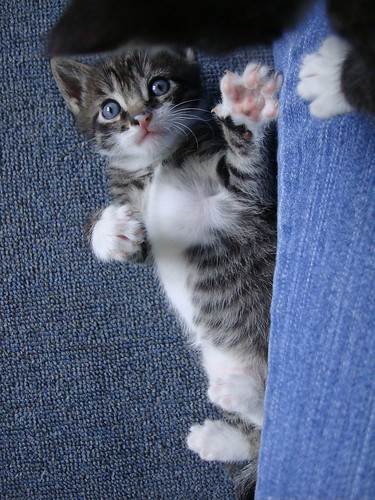 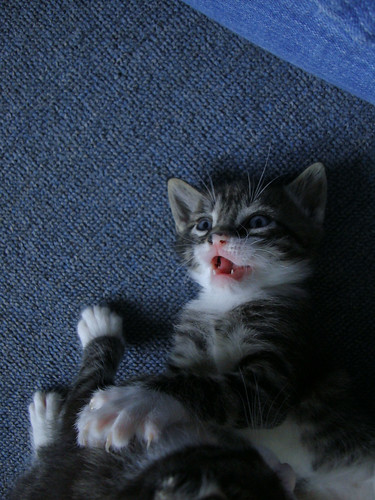 All teeth and claws at this age, I’m tellin’ ya. 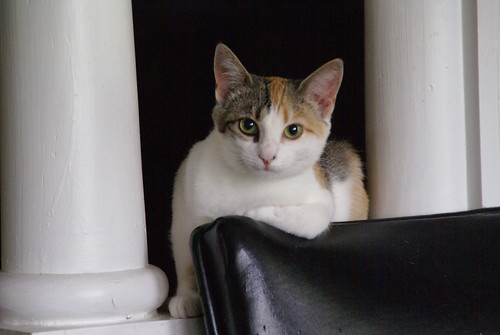