Do you just get lucky with the pictures or do you take thousands daily?

I take a LOT of pictures. In fact, recently, my favorite camera setting is the one where you just hold down the button and it takes picture after picture. It means I have to spend a lot of time going through pictures, but it’s given me some good ones!

Has anyone ever mentioned to you that “mao”, when said in a flat* tone, is the word for CAT in Mandarin Chinese?

No one had mentioned it to me – but it certainly makes the McMao name that much more perfect for them, doesn’t it?

Wait — Miz Poo has issues beyond the most obvious one, her name? Sorry to hear that.

THERE IS NOTHING WRONG WITH THE NAME “MIZ POO,” I’ll have you know. It’s a perfectly fine family name that’s been passed down for generations!

(Okay, maybe not. I don’t have a clue where the name “Miz Poo” came from, but if it makes you feel any better her “legal” name is Scrappy.)

Miz Poo is our money pit cat – there’s always something going on with her, and it’s never anything cheap. She has issues with rodent ulcers in her upper lip, she’s got dandruff, she’s neurotic and licks constantly, several years ago she had a blockage in her intestines and we had to cancel a Florida vacation to pay for it (and because I didn’t want to be away from her, truth be told). About two years ago, she had a cyst by her tail that burst (we didn’t even know it was there!) and she had to be knocked out so they could clean it out and stitch her up. When she was little, she had problems with her eyes. It’s always something, she’s always needing to go to the vet, and it’s truly a miracle that she’s the sweet lovebug that she is. I’ve told her she has to live to be 30 (she’s 11 1/2) to repay us for having spent so much on her.

She’s worth every penny.

But if they stayed this little, Robyn, you’d miss them climbing your legs stage and the resulting, most attractive AAA road map look for your gams! ;-D

I tell you what, I don’t wear shorts in that room, EVER. Even if it’s a warm day out, I put on a pair of jeans before I go in there. Those little claws are SHARP! 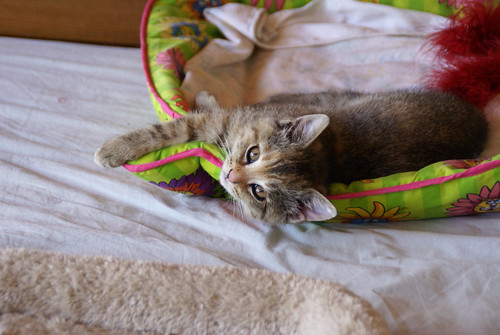 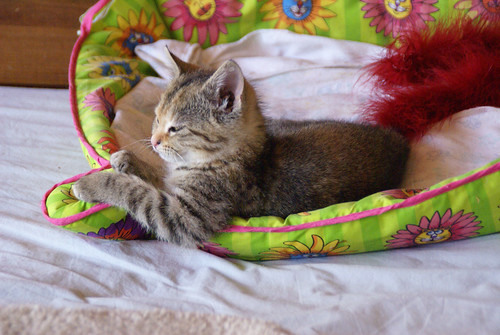 What the pictures don’t show you of Dorothy is that she’s got this tiny little stubby tail. It’s not cut off or in any way shortened, it’s just not as long as you’d expect it to be. It certainly adds to her charm! 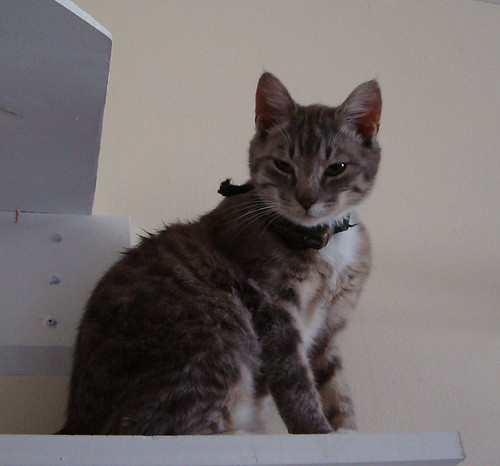 If you look closely at Rufus, you’ll see that a patch of fur on his back got wet and then dried. As if someone drooled on his back (JAKE) while they were curled up asleep on the shelf in the upper left of the picture. 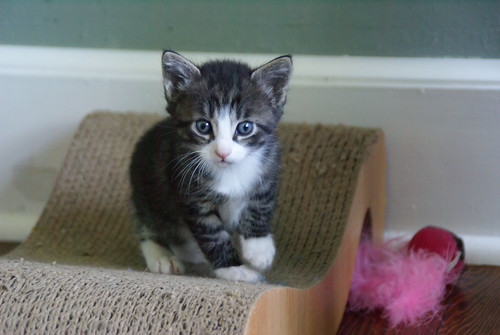 Ciara on the scratcher. 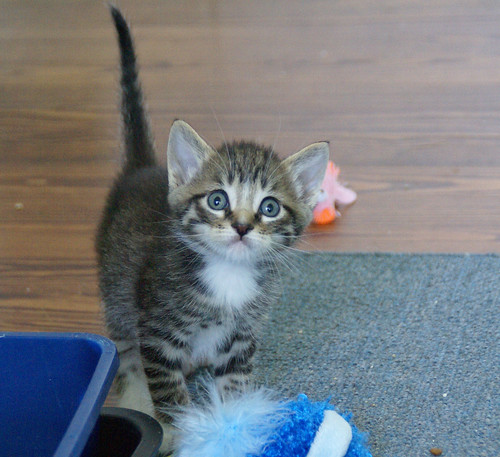 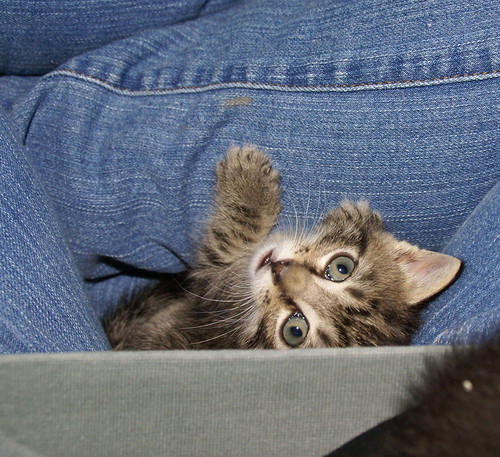 Fergus Simon in my lap, peeking up to see what’s going on. 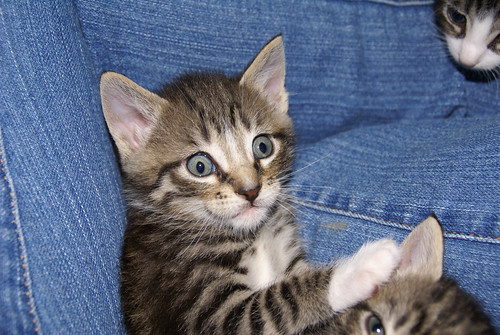 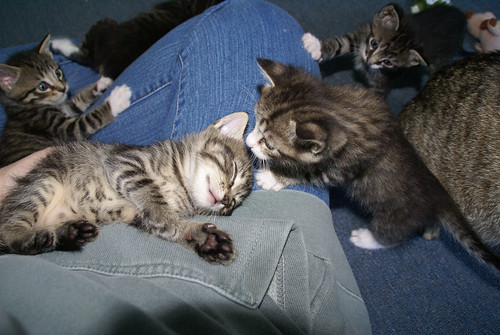 Fergus Simon fell asleep while I was holding him. And then I died from the cute. 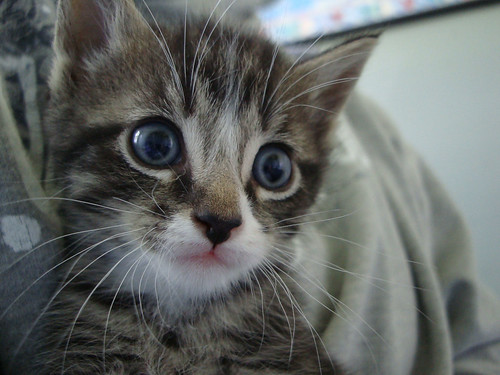 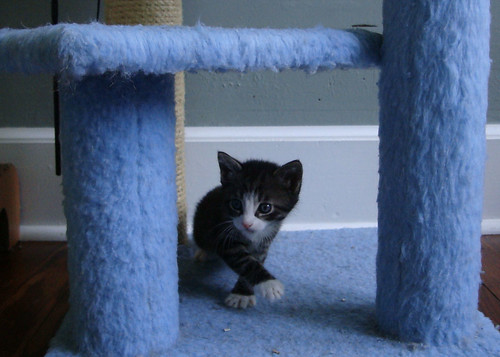 These little monsters sure are lucky their mama is so patient. The look she gives me at about 30 seconds cracks me UP. Like she’s saying “This is all YOUR fault!” 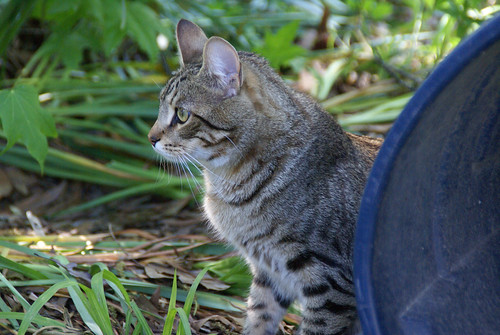 Gorgeous Corbs, I love you so.