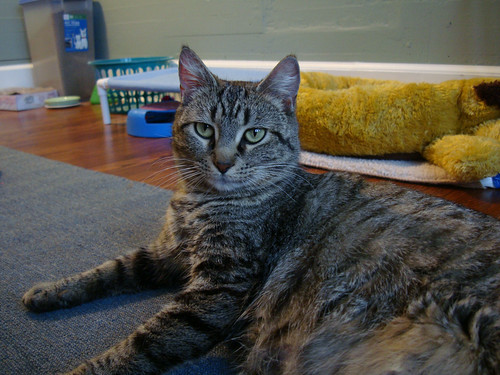 So, Maggie was just chilling… And I thought “Oh, I need to weigh the babies!” 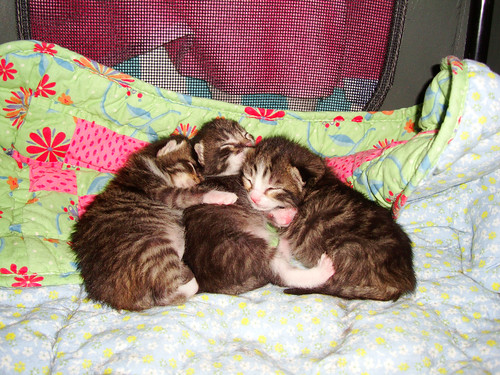 So I took them out and weighed them, and after I weighed them, I put them in this little purple cat bed. A couple of them got skeered. 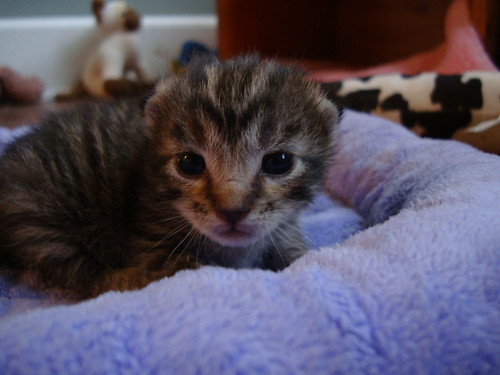 “What is this place? Where is my MOMMY?!” 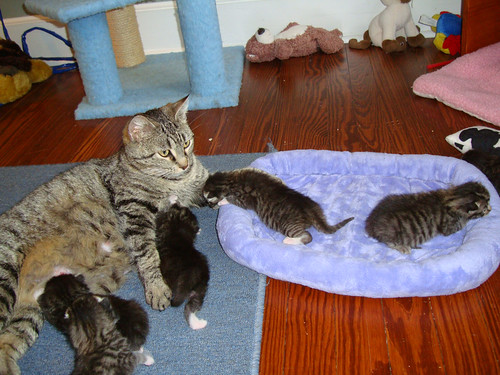 Maggie made her soothing mama noise to soothe them, and then some of them were all “TIME TO EAT!” 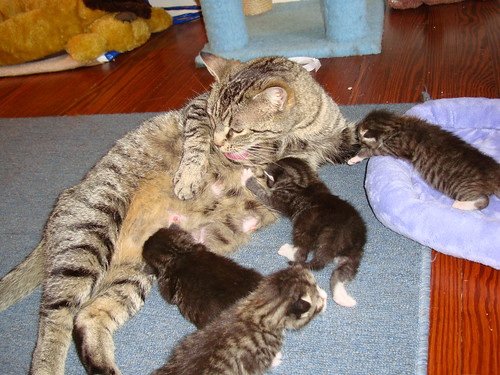 Maggie said “I need a bath.” 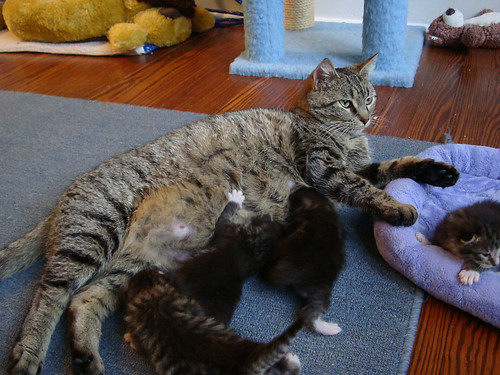 Then she thought about it. 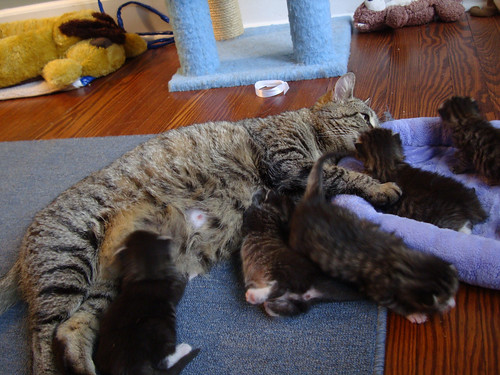 She kissed a baby. 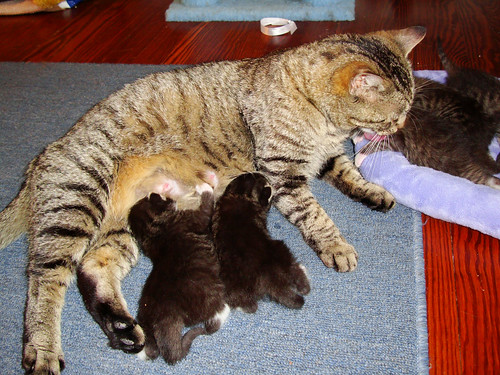 Then she cleaned a baby.

(To be continued tomorrow, because there were so many cute pictures I couldn’t fit them all in one day!) 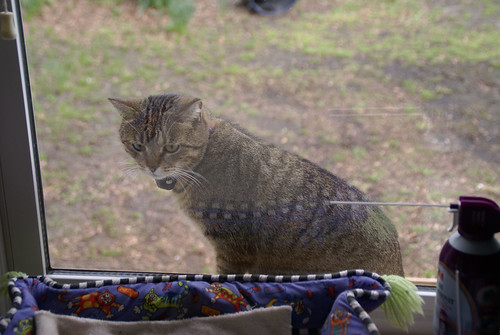 Kara likes to go out into the back yard and jump up on the window sill and stare in at the computer room as if she’s thinking “That looks like a cool place to be. I sure wish I was THERE and not HERE.”