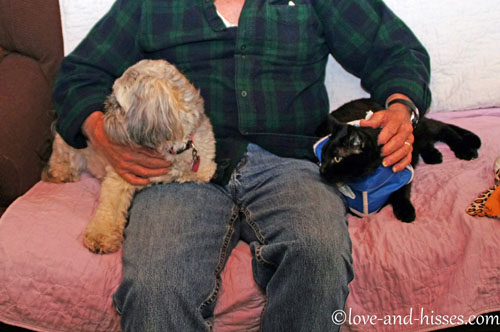 Tommy has been voted The Crooked Acres kitteh most likely to NOT hiss and run from Molly. At least not for a few minutes, and at least as long as they’re separated by my father’s lap. 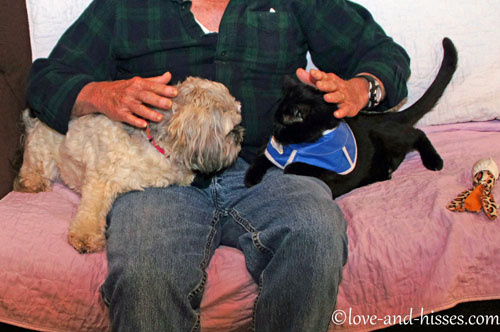 But shortly after this picture, Tommy decided Molly was WAY too close, and he hissed and ran from her. 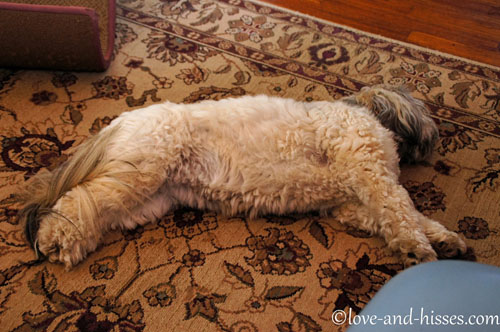 Molly flopped down on the floor and went to sleep. 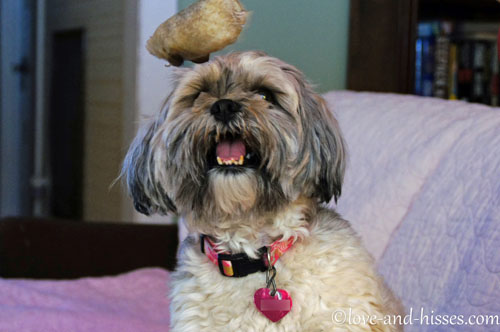 And then later, my mother teased Molly with the toy mouse. 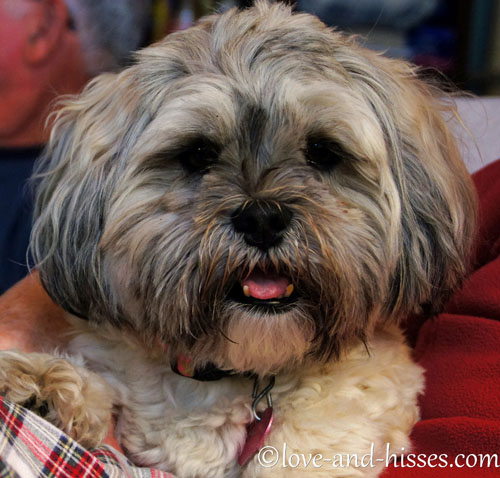 She sure is a cutie. 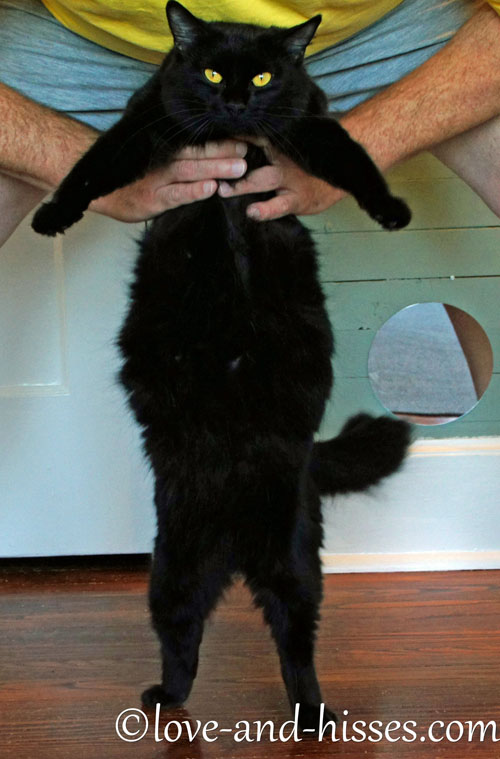 “I’m enjoying this very much, lady. NOT.” 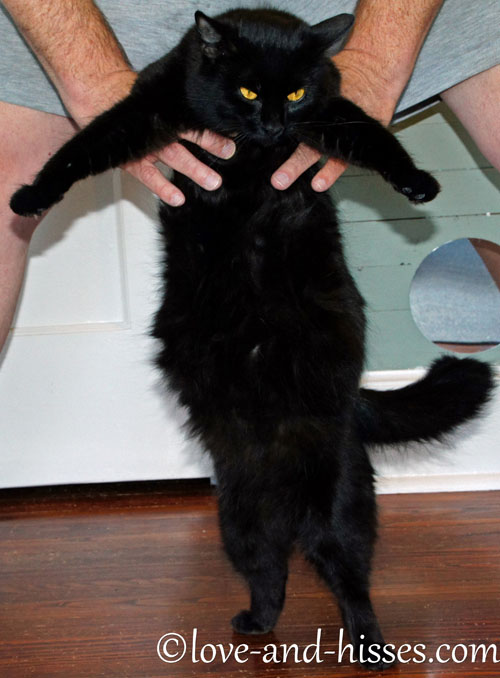 “ATTENTION, BABIES: Due to this behavior on the part of the humans, you will not be making an appearance for a long, long time.” 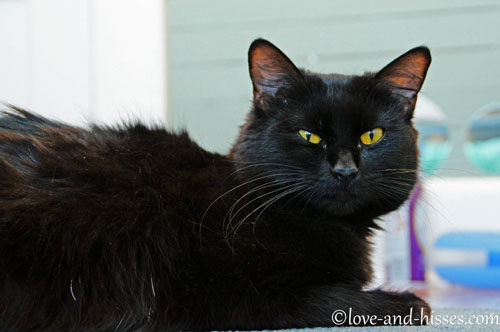 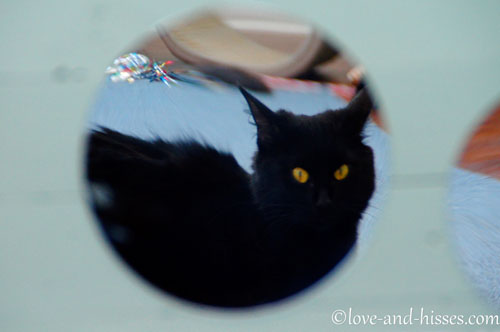 Kate in the mirror. She kind of looks Halloween-y, doesn’t she? 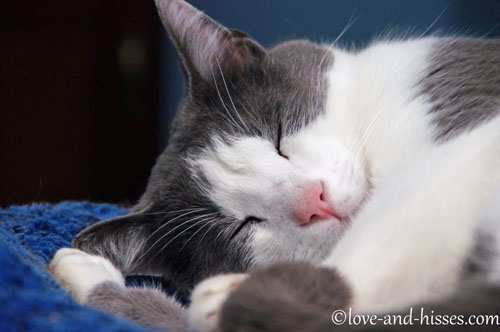