The trip to the adoption center on Tuesday sucked. Of course it did – they always do. It didn’t help matters that about halfway there, Bolitar and Rhyme started howling like their little hearts were breaking. I almost turned around several times. I almost called Fred and told him I couldn’t do it a hundred times. But in the end, I got them there, I got them set up in their cages, and after much hugging and kissing and telling them I loved them, I left them.

I took heart in the fact that they didn’t immediately go into the litter box to hide. They were scared and nervous, but they had each other, and were snuggled up together when I left. Reports from the adoption counselor for Tuesday night were that they spent the evening hiding in the litter box, though.

It will take a few days for them to relax – it always does – and I know they’ll be okay.

But I miss their little faces, and it is SO much quieter around here without them!

Reacher and Corbett don’t really seem to notice that anything’s different. Corbett has maybe become a touch friendlier – he was never unfriendly, but also hasn’t been super-friendly either, but yesterday and today he’s been approaching me to be petted. He’s also putting up with being kissed a lot better than he did before.

Jake and Elwood are fine. They have Reacher and Corbett to hang out with, and if they get bored with that particular selection of kittens, they jump over the half-door upstairs and hang out with the upstairs kittens.

Bolitar and Rhyme, of course, haven’t been adopted yet, but I know they will be, soon. And you know I’ll let you know when that happens! 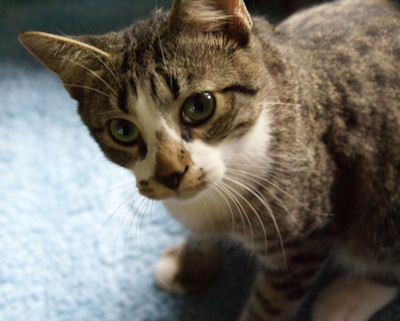 I snapped a few last pictures before we left for Petsmart. 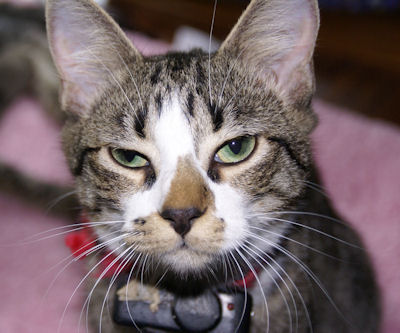 See that collar? In his last few days here, not only did Bolitar spend a lot of time sneaking out into the back yard, he also managed somehow to get OUT of the back yard twice. We have an extra collar on hand (we have an electric fence around the back yard), and it worked very well to keep him from escaping. 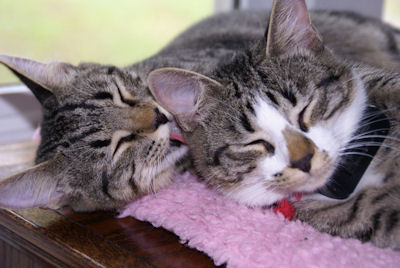 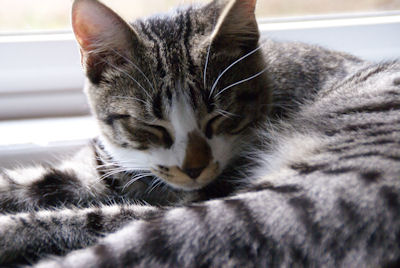 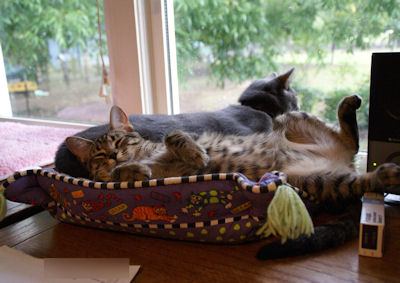 Rhyme gets in a last snuggle with Jake. 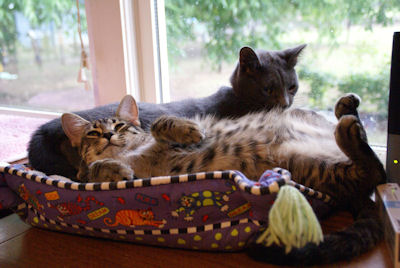 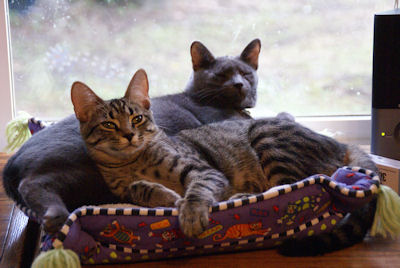 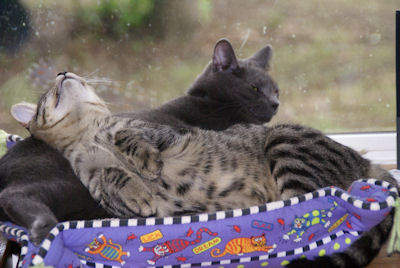 Martin, Melodie, and Dodger are about to go be spayed and neutered. Since Moxie was already spayed, she gets to stay home and hang out with me for the day. Things are certainly going to be QUIET around here today.

Once they’re recovered from their surgery – probably this weekend – I’ll be opening the half-door in the hallway to allow them the run of the house. Martin has shown that he’s VERY ready to go exploring. I’ve been having to hold him back with one hand as I go through the half-door. Last night he slipped through and headed down the stairs with no hesitation whatsoever, like he had places to go and he was GOING. Without BolitarZilla around to hiss and smack at them, I think they’ll be okay. 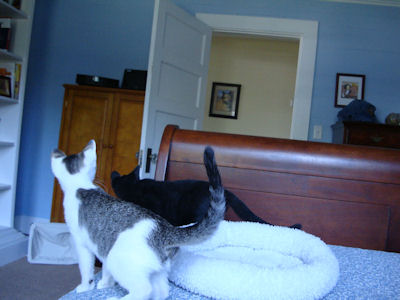 We were hanging out on my bed, and heard the noise of a cat jumping over the half-door. Moxie and Martin ran to the end of the bed to see what was going on – no doubt they were worried that Bolitar was coming in! 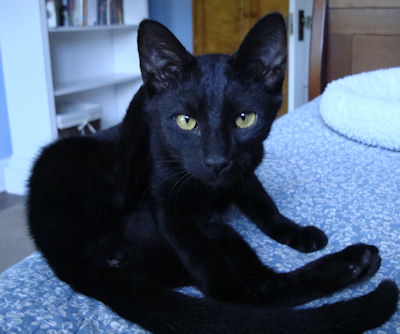 It’s hard to see, but Moxie’s got her back leg hooked up behind her head. It was bath time. 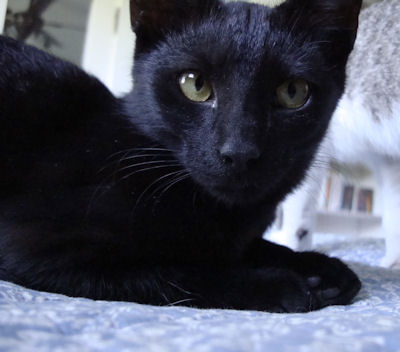 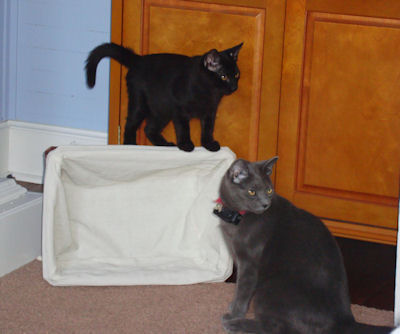 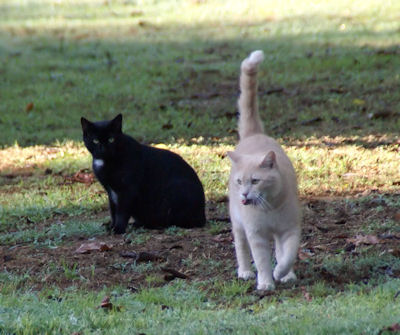 Maxi and Newt join me in the garden.