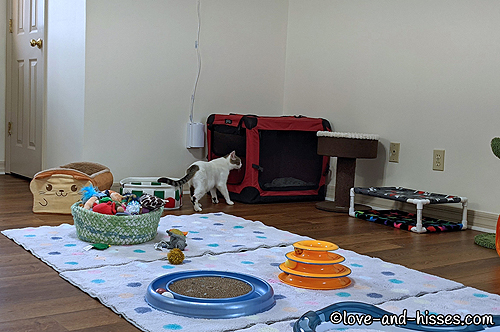 Ivy checks out the crate. Don’t get excited – she just looked at it and then walked away. Some mamas like to hang out in the crate, some do not. Ivy actually likes to hang out in the litter closet, behind the door, so I won’t be super surprised if that’s where she decides to give birth. I have a second crate, I might put it in there just in case. But we all know that it’s just as likely she’ll give birth on the bare floor, in the middle of the floor, in my lap… You know how those mamas are. 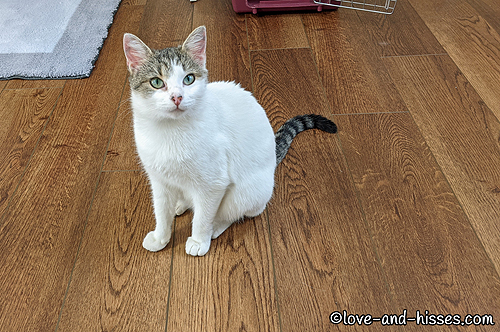 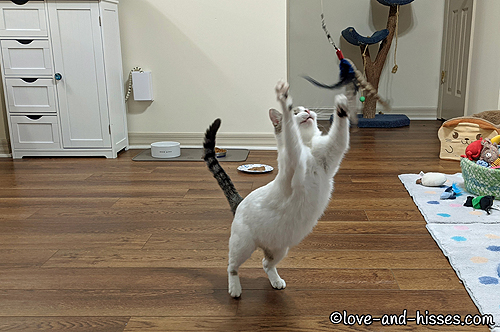 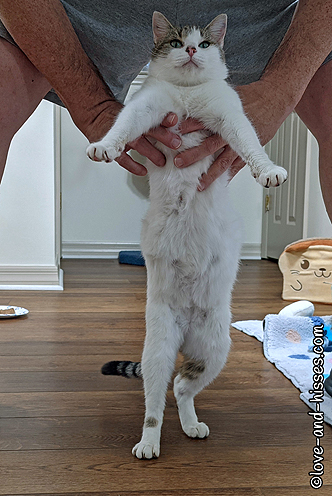 And a shot of the belly. It’s slightly rounded – she doesn’t look overtly pregnant, but she definitely looks more pregnant than Canasta did when we first got her. (Though I shouldn’t really compare – she’s a much smaller and shorter cat than Canasta.)

I have no news about Ivy – she seems perfectly content. She plays, she eats, she uses the litter box, and she gets plenty of love. Right now we’re just in a holding pattern waiting for things to happen! 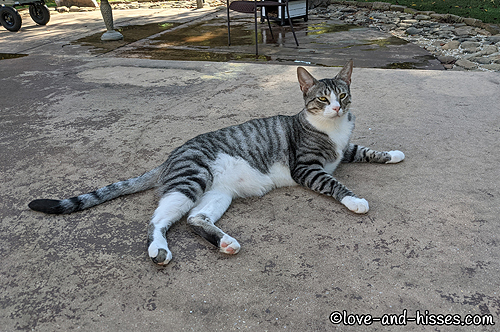 Charlie loves to hang out on the patio on sunny days, showing off his magic tabby toe.

YouTube link
Say hello to Ivy, our newest foster! It’s a long video, so here’s the important information: she’s a girl, about a year old, we believe she’s pregnant, and she’s as sweet as she can be. 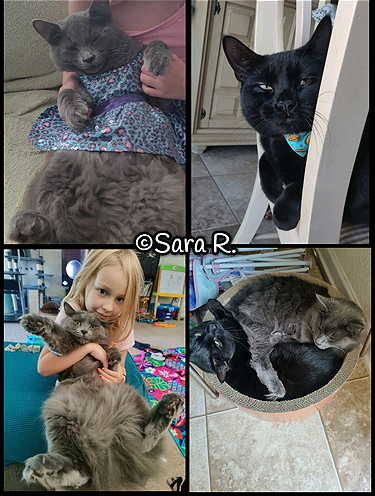 Look who it is! Former fosters gray floofy boy Alejandro (now Sir Fizzgig Dynofluff Sootasauras) and house panther Javier (now Lord Taco Purito Gerrzalez), who were born to Isabella in early 2020, and who we fostered from birth until they were adopted. They are so grown up and gorgeous (and tolerant of being dressed up, apparently!) How cute are they? SO cute! 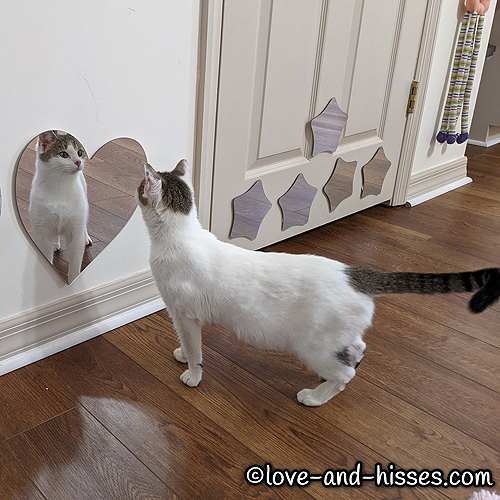 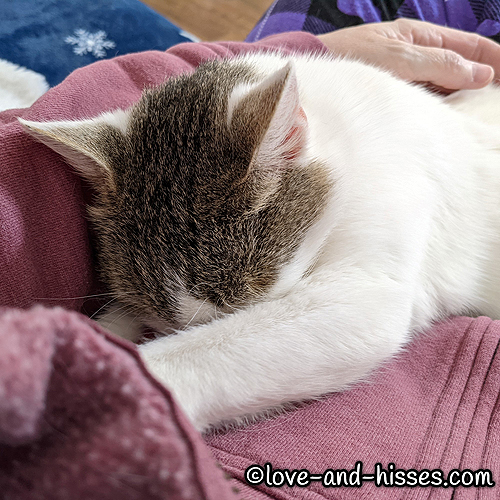