Hey, look who I found on my camera’s memory stick: 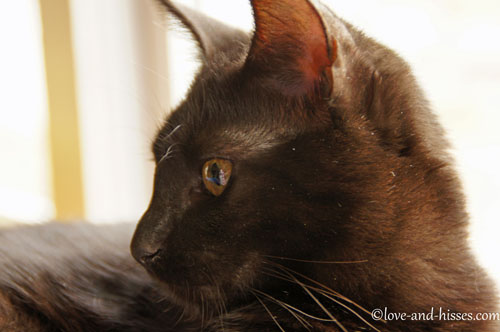 That’s Thistle. I love how you can see the reflection of the can of air in her eye.

There were no Pickle or Weed adoptions this weekend, unfortunately. In an entry for about this time last year I was complaining about the slowness of adoptions, so I’m guessing maybe it’s just the time of year. I sure hope adoptions pick up soon. Waiting for my babies to be adopted drives me a tiny bit nuts.

It was my intention, once the Weeds were gone from Crooked Acres, to move the ‘Maters and Kohle to the guest bedroom, and then spend Wednesday and Thursday repainting the upstairs foster room and stripping and repainting the door. I never made it to Lowe’s for supplies before Wednesday, and I woke up Wednesday morning in a very “Don’t wanna” mood, so I didn’t. On Friday Fred and I went to Lowe’s and stocked up on tape and primer and paint, and on Saturday we moved the kittens to the downstairs guest bedroom.

Fred pointed out that the walls in the foster room actually look pretty good, so I opted not to repaint them, just do the trim and the door. And after looking around online, I decided I’d try painting the door with primer and then paint. If it doesn’t work out and the door starts peeling again, I can always strip it like I’d planned to.

It’s amazing how much better the room looks to me, now that the trim has two fresh coats of paint on it. I’d show you pictures, but I honestly don’t think that it’s noticeable to someone who hasn’t spent hours sitting in that room and stewing about how awful the trim looks.

The kittens are still in the guest bedroom for today – once the door to the room and the trim were painted, I decided to go ahead and paint the closet door as well. It actually looks pretty good, but it’s peeling around the bottom of the door. Since I was doing everything else and who knows when I’ll be able to do it again, I wanted to get it done.

Of course, now that THAT trim is done, it makes me want to repaint the trim through the entire house. 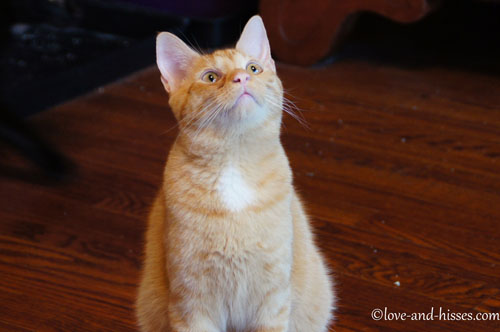 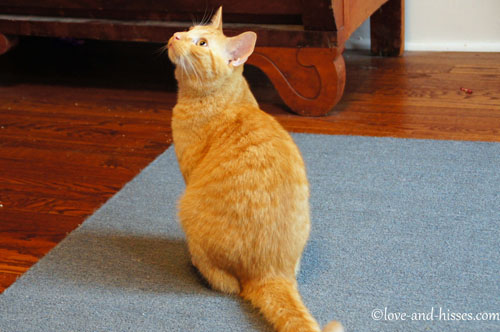 “It just keeps going AROUND!” 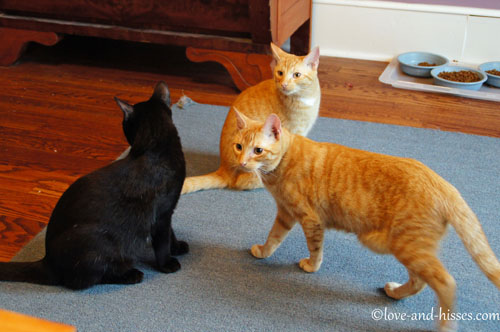 “Guys, did you see the ceiling fan?” 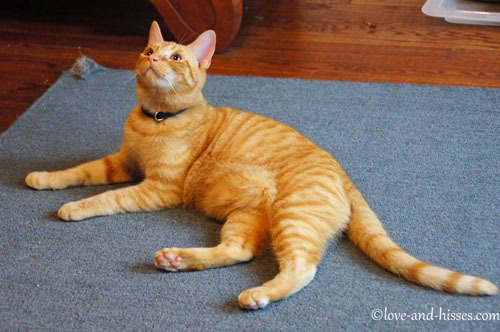 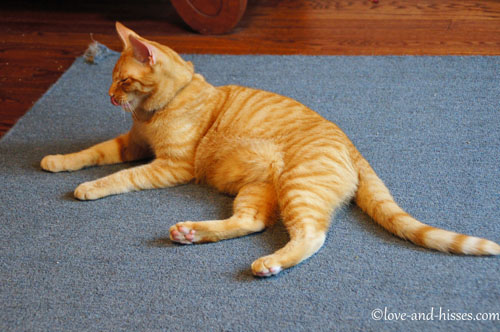 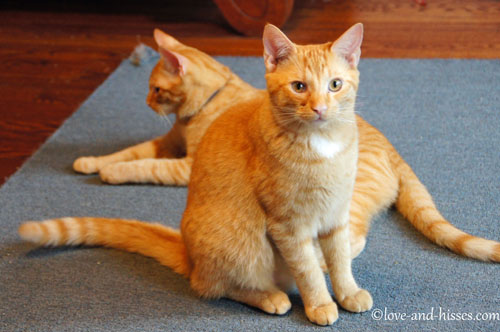 “Did anyone tell you about the ceiling fan?” 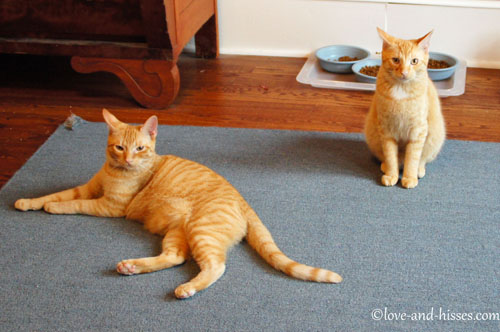 Brudders (Sungold on the left, Mr. Stripey on the right). 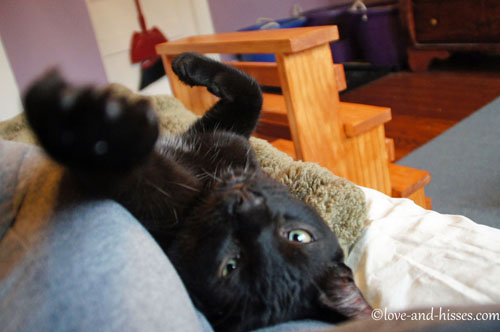 Despite the blurriness of the picture, I believe you can feel the sultry seduction of Dingwall Scotty and his white chin whiskers. 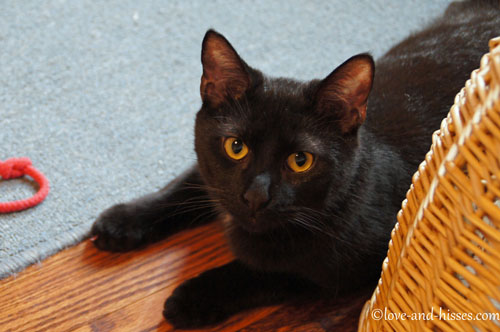 Kohle isn’t sure about that ceiling fan.

Seriously, I don’t know what their fascination with the ceiling fan is. There’s a ceiling fan in the upstairs foster room that they never paid any attention to, but they can’t take their eyes off the fan in the guest bedroom. 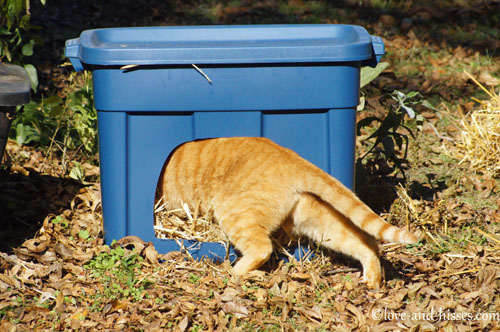 Sugarbutt, checking out the new Rubbermaid “house” in the back yard. You can’t tell from this picture, but Tommy was already in there. 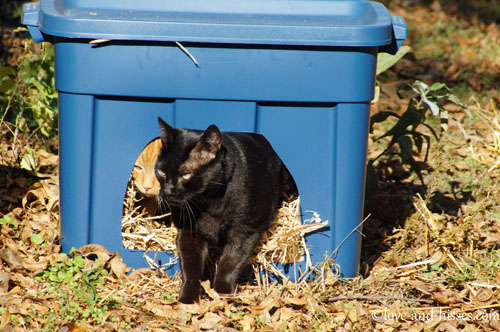 Sugarbutt said “Where ya goin’? There’s plenty of room!”
Tommy said, disgustedly, “It’s not THAT big! I don’t like bein’ squished! HMPH!”