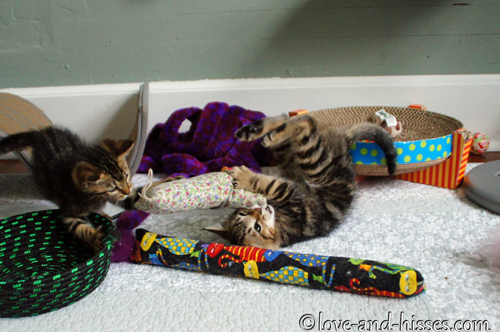 These kittens LOVE that silvervine pillow. I’ve had it forever and it’s starting to fall apart – which might be why they’re suddenly loving it. Maybe powdered silvervine is spilling out of it. 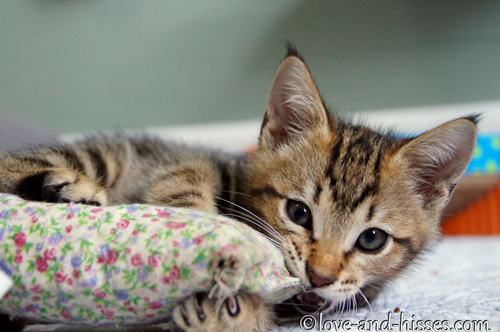 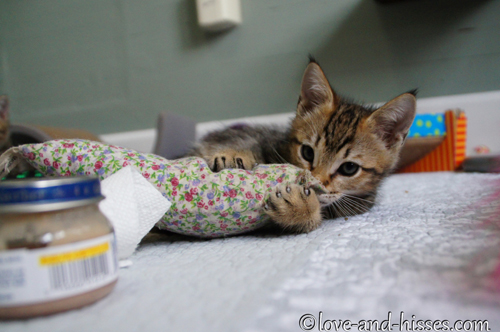 Kicking the silvervine pillow while keeping an eye on the jar of baby food. A kitten’s work is never done. 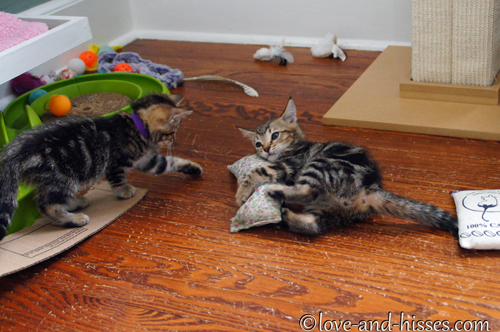 “Oh, silvervine pillow, I love you SO!” 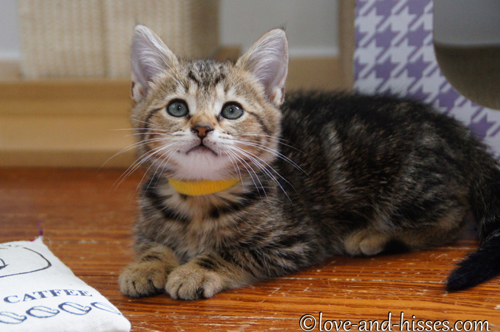 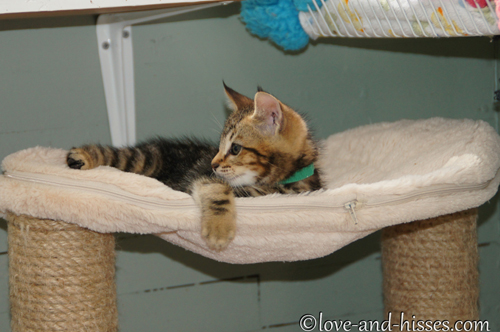 Having had his fill of the silvervine pillow, Charleston appears to be feeling gooooood. 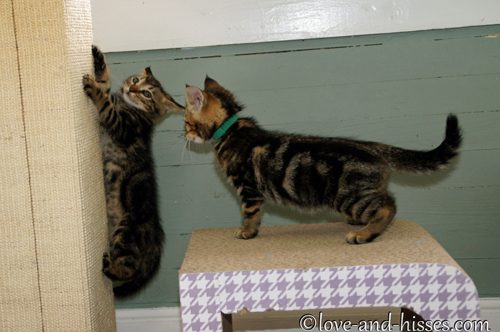 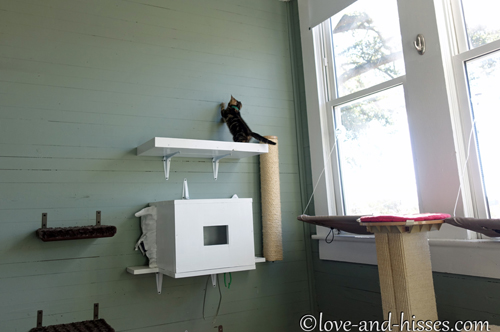 Charleston has a weird way of getting down from the top shelf of the wall tree. 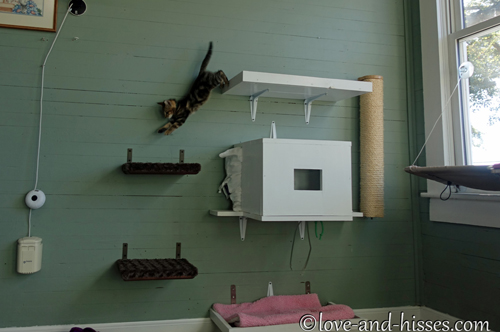 First, he jumps from the top shelf to the next shelf down. 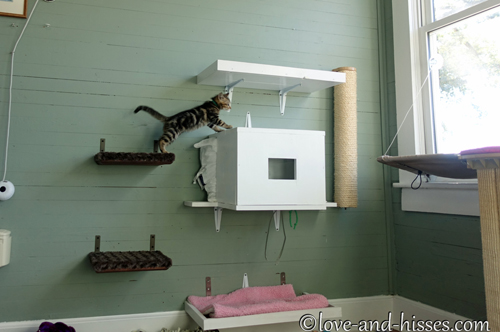 Then, instead of jumping from that shelf to the “lip” outside the condo, he goes onto the top of the condo. 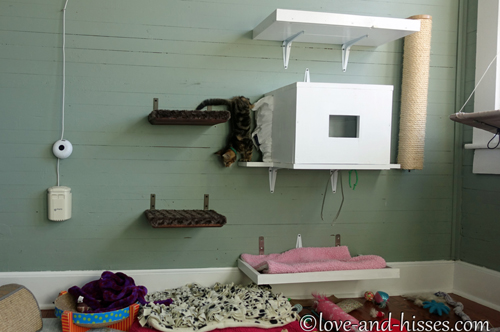 Then he basically aims for that lower shelf, and bounces off the lip outside the condo on his way. 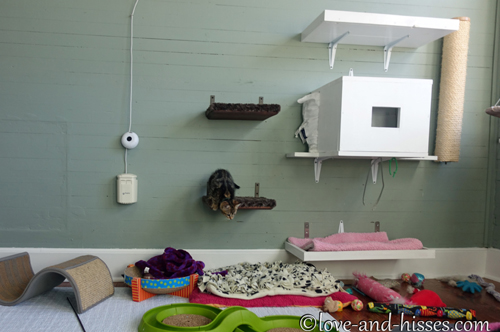 He stops and considers, then jumps to the floor from there.

It’s not how I meant for them to get from the top of the wall tree to the floor, but whatever works, right? 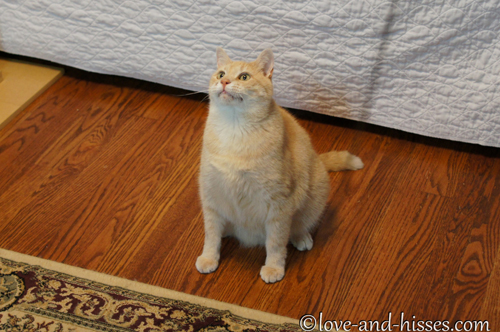 Newt’s got himself a case of the Crazy Eyes!