Last week Fred posted this on Facebook: Sometimes it hurts to be so good at wooing stray cats.

And then, of course, he never said another word about it, because he’s a tease like that.

The story is that an orange cat who looks kind of like Stefan (but a more orangey orange) has showed up several times over the past few months. Usually we’d just catch a glimpse of him off in the distance (and he’d run when he saw us), but in the past week he’s shown up several times during the day to hang out and eat at the feeding station over by Fred’s workshop. When Fred realized the cat was out there on Friday, he got a can of food and a plate, and went out to see if he could coax the cat closer.

When Fred popped the can of food open, the cat stopped in his tracks, obviously familiar with what that sound meant. It was only a few minutes before I looked out the window and saw Fred sitting on the ground petting the cat, who was eating the plate of cat food.

Judging by the direction the cat comes from, and the condition he’s in (very good), we’re pretty sure he’s got a home down the road. HOWEVER, he’s clearly an unneutered male and thus we’re treating him as though he’s a stray who needs testing and neutering. Once he starts showing up on a regular schedule (assuming he does), we’ll snatch him up for neutering and testing.

(It is ENTIRELY possible that if we started asking questions we’d find out where he lives. It’s also entirely possible that we’d find that his owners don’t “believe” in spaying/neutering. I find it better just not to ask the questions in the first place.)

Hey! Speaking of spaying and neutering. Guess which mama kitty is about to undergo the procedure that will ensure she never ever has to birth another litter of kittens? 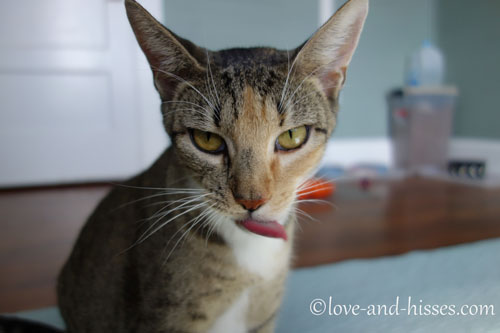 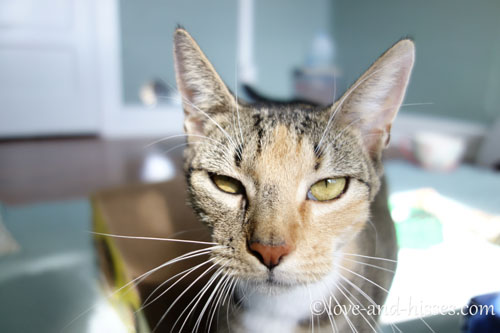 “There’s something that can DO that? Where do I sign up?!”

Livia’s going to the North Alabama Spay Neuter Clinic on Thursday for the ol’ snip-snip! The kittens will be 8 weeks old on Thursday, so it’s definitely time. She’s consistently not letting any of them nurse for longer than a few seconds at a time, so I suspect they’ll be okay on their own overnight.

And in a few more weeks, it’ll be their turn, too! 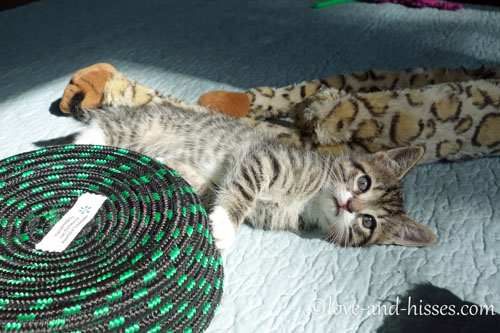 Look at that pouty face. “I don’t NEED to be tutored, because I am already the smartest boy ever!” 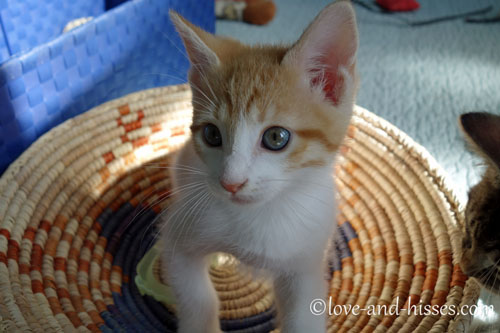 “But what if I miss my Mama while she’s gone?” 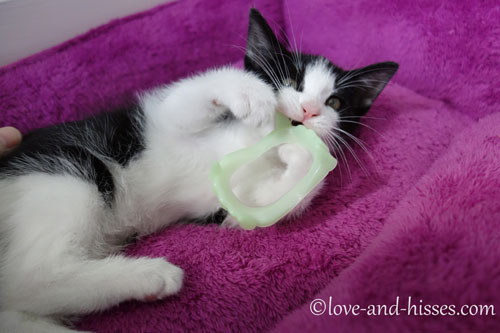 Lisa mentioned last week that her cats were having a good time playing with plastic vampire teeth. So of course when I was out running errands and saw a big pack of them, I grabbed ’em up (I think they glow in the dark, but I haven’t actually been in the foster room in the dark, so I can’t vouch for how much glowing there is). The kittens think they’re AWESOME and love to chew on them. 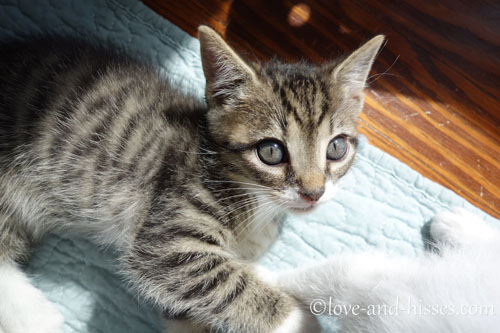 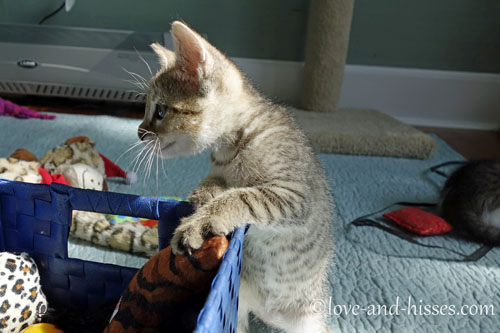 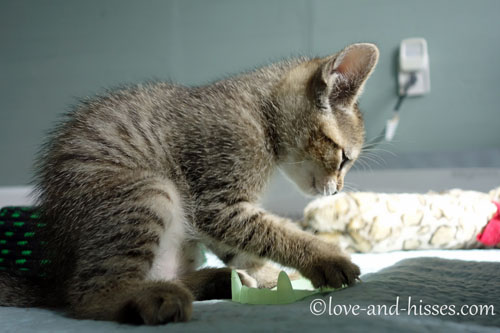 “This will do nicely!” 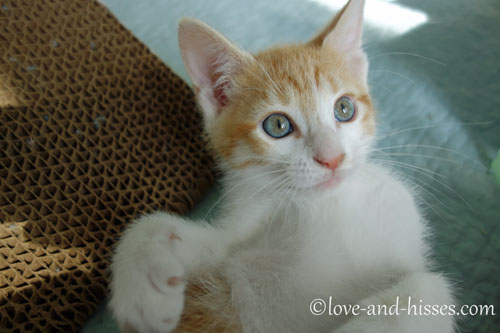 Another week, I think his eyes will be the same color as his (orange) fur. 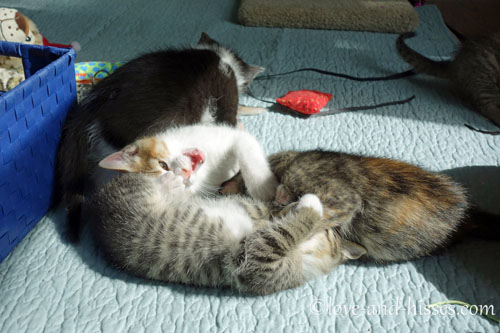 Pile o’ tusslin’ kitties. Meadow in the background, Paulie Walnuts laying there with his mouth open, Tony on the bottom, and Adriana next to Tony. 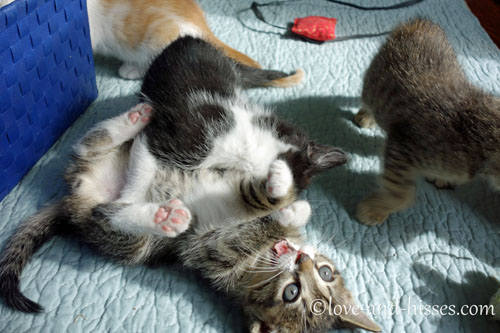 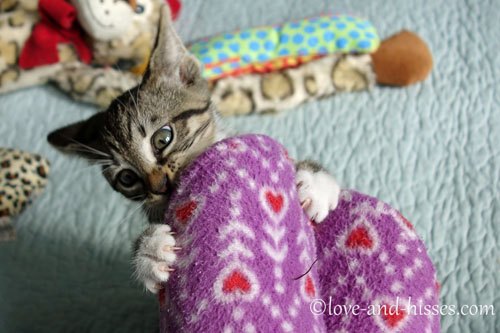 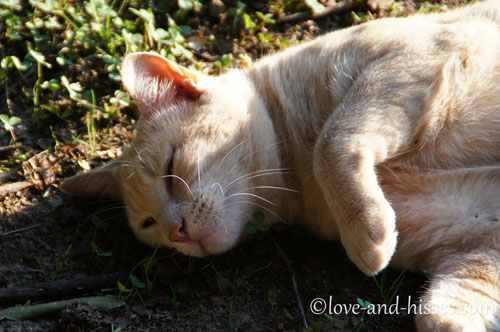 Oh, Stefan. You silly, lazy boy. This cat, I swear, he cannot walk more than two feet without flopping down to rest from the exertion.