I hope that all of you in the path of the storm stay warm and safe and dry! I’m thinking of y’all and hoping that the Fraaaaaaaaaankenstorm fizzles out to nothing much.

NOTE: PLEASE SKIP DOWN TO THE NEXT SECTION IF YOU’RE EATING OR HAVE A SENSITIVE STOMACH. YOU HAVE BEEN WARNED.

Friday morning, I got up and took my shower, then started the usual morning litter box scooping. The Pickles were especially excited about it being morning and me being awake and scooping the litter box and “HEY GUYS, THE LITTER BOXES ARE CLEAN, EVERYONE POOP NOW!!!!” I was grumbly and irritable at having to go back and scoop after they’d used the litter boxes I’d already scooped, but if there’s anything happier than a kitten in the morning, I don’t know what it is.

I was scooping the litter boxes in the guest bedroom, and there were kittens racing in and out, and Joe Pickle was having a really great time with a cat toy, tossing it up in the air and grabbing it and bunny kicking it. After I opened the blinds in the guest bedroom, I leaned down to grab the toy he was playing with so that I could toss it across the room for him.

Except it wasn’t a toy. It wasn’t a toy at ALL. It was, in fact, a HEADLESS SQUIRREL. Clearly one of the (insert very very bad descriptive words) permanent residents (I suspect Kara) had caught a squirrel in the back yard, EATEN THE HEAD, and then brought the carcass inside for the kittens to play with.

After spending 15 minutes scooping litter boxes, I find that the most super fun way of starting off the morning is by having to carry a headless squirrel through the house while trailed with kittens who think you’re going to toss it so that they can chase it and play with it some more.

You know you wish you had my glamorous life. 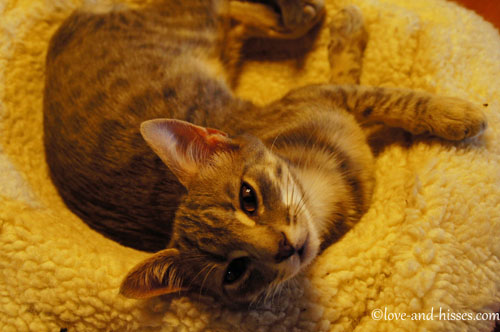 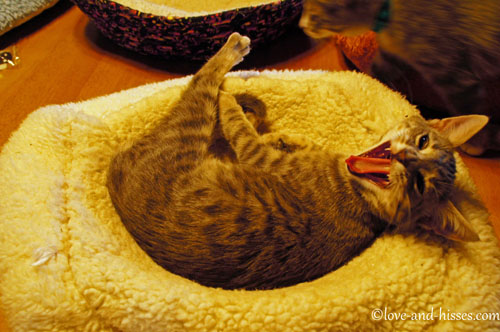 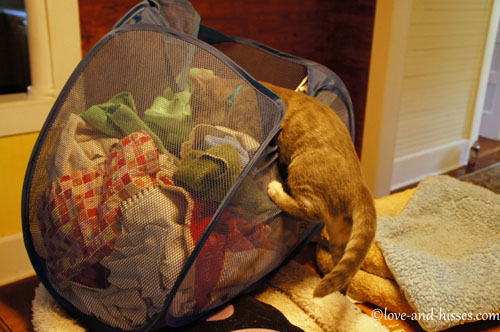 Percy did his best to climb into that basket of laundry, but it was a little too tippy for him, and he decided to find somewhere else to snooze. 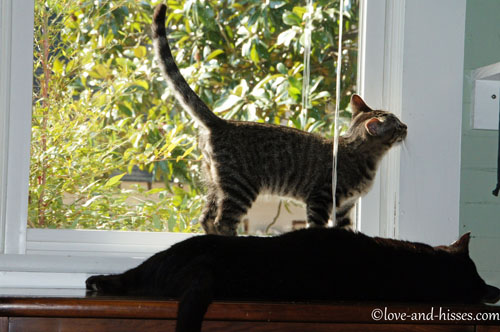 Tommy was trying to sleep on that table, and Joe Pickle was making it a bit difficult, with the stomping and the smacking at Tommy’s ears and such. 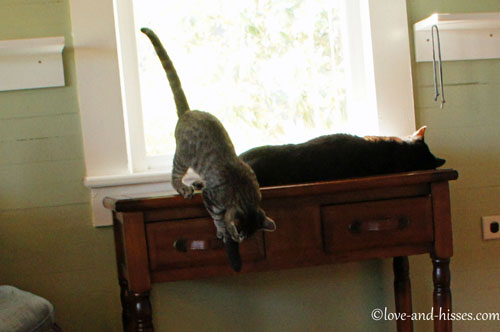 Joe Pickle was all “Oh, it’s boring up here. I’m going to jump down.” 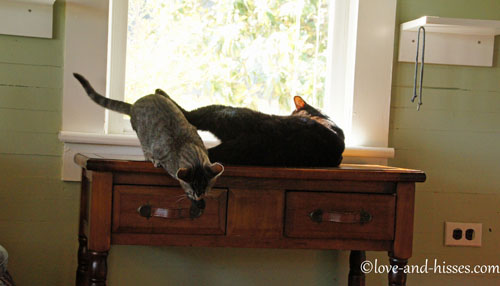 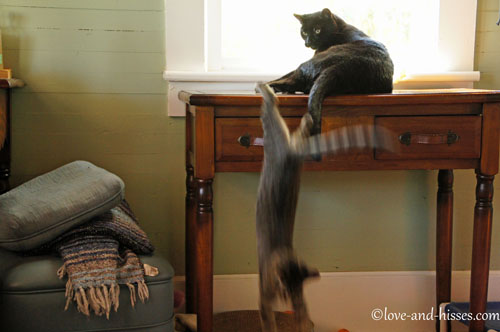 Then Tommy tried to look all innocent, like he TOTALLY didn’t mean to do that. Riiight, Tommy. Sure you didn’t. 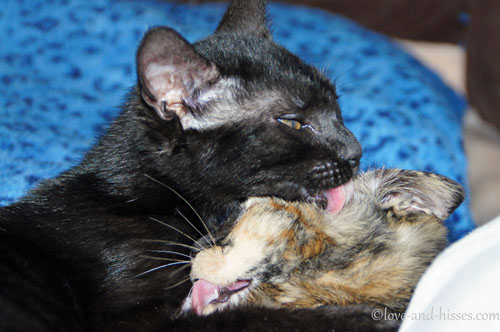 Thistle and Purslane, bathing each other. 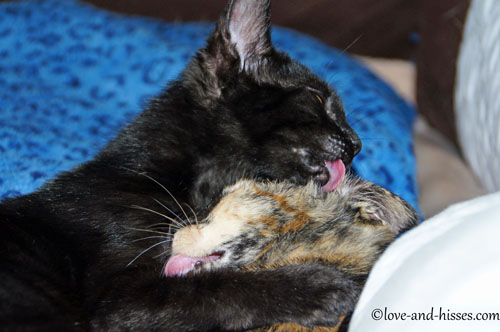 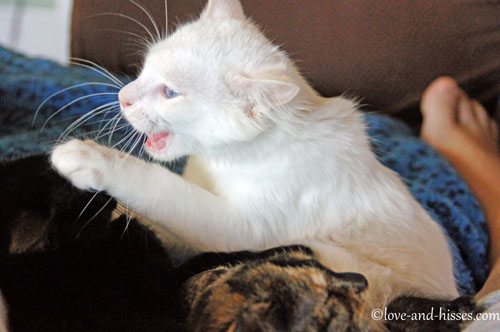 Then Dandelion popped up and said “All RIGHT. Enough with the licking. Could you guys BE any louder?” 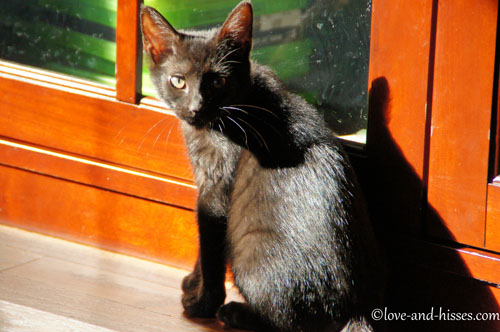 Thistle stomped off to pout in the sun.

I found this video yesterday (it’s such a mess on my hard drive, pictures saved all over the place. It’s amazing I can ever find anything!) I shot it about a month ago – I was laying on the couch and Polly and Dandelion were halfheartedly playing. About 10 seconds in, you’ll see the picture shake and me coughing. Why, you ask, was I coughing? Because I kid you not, a FLY flew DOWN my THROAT. Ugh. (Every time I played the video for Fred, he guffawed when I started coughing.)

(Isn’t Dandelion gorgeous in the sun?) 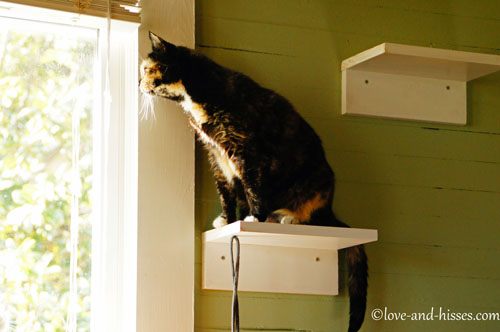 Miz Poo, watching the bugs fly around outside the window. 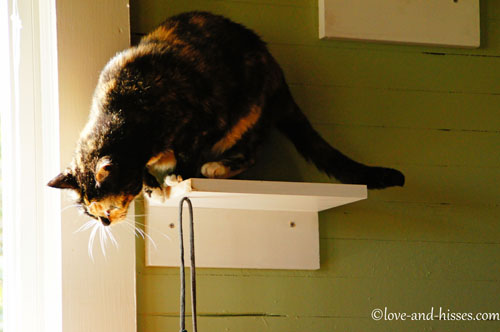 She looks here like she’s about to jump down, but what she was actually doing was smacking at the string hanging down from the platform where she was sitting. She loves that thing.