On Saturday, Scorch was adopted! The couple who adopted him was planning to change his name to “Scotch” (which is funny, since I just mentioned last week that that would be a good name for him). This leaves Khaleesi, Ember, and Ruth still at Petsmart.

The Starks are finally making their way downstairs for most of the day. I was starting to think they just preferred to stay upstairs, then all of a sudden they were all over the place downstairs. They tend to prefer the front room, but if I’m at my computer (at the back of the house), Arya will curl up in one of the cat beds on my desk and keep me company (or she’ll curl up between me and the keyboard, depending on whether she wants to be petted.) 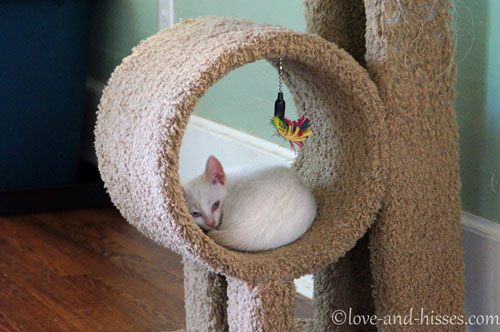 Jon Snow, snoozing in the little cat tree in the front room. 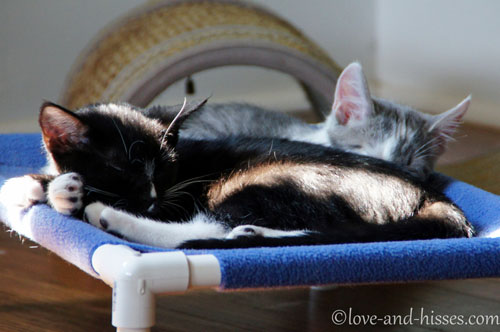 Norbie and Brandon, on the ham-mick in the front room. 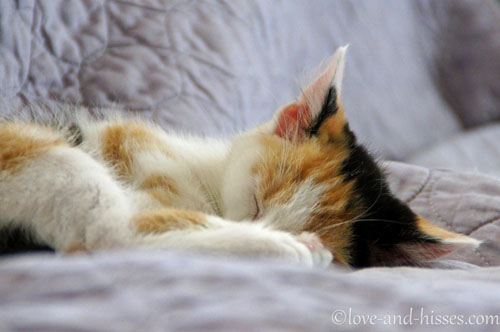 Arya, curled up on one of the couches in the front room. 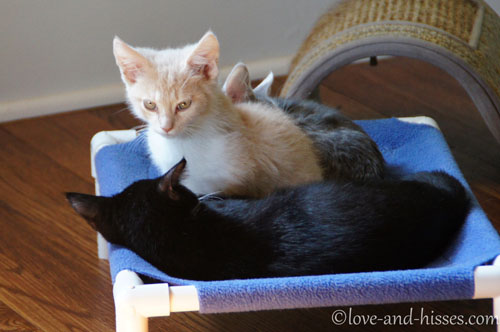 Hodor came out from wherever he was to join Norbie and Brandon on the ham-mick. 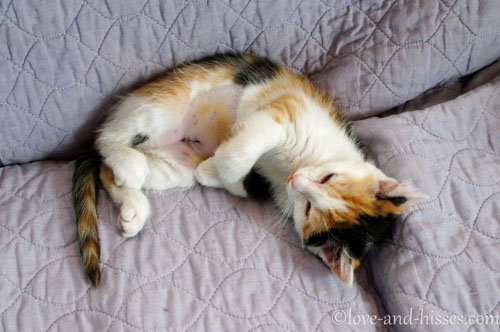 Arya shows off her spay scar. 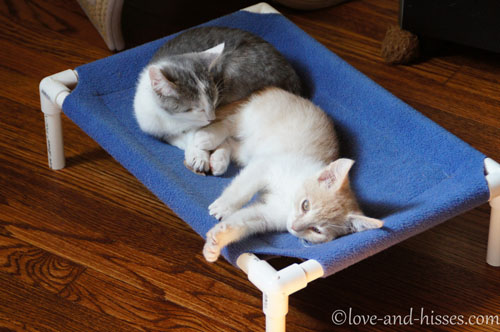 Norbie apparently felt crowded and went to find some space. 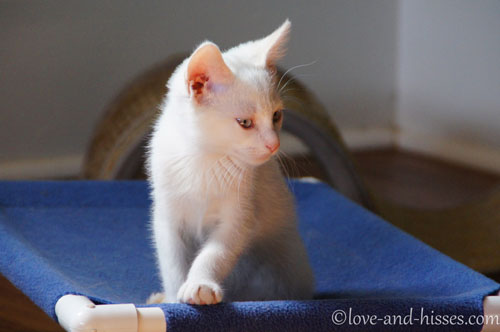 Later, Jon Snow took a snooze on the ham-mick, and then something woke him up and he sat there with this grumpy look on his face for the longest time. 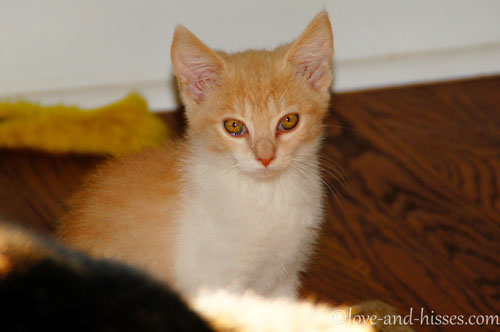 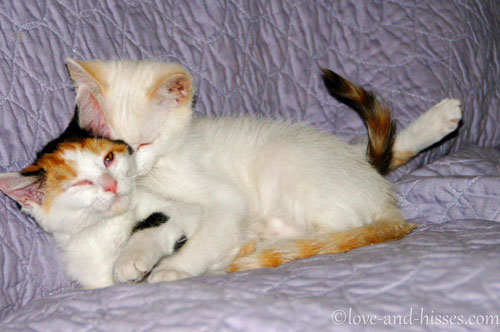 Poor Arya was sound asleep, and then suddenly Jon Snow was all “I NEEDS ME A SNUGGLE!” and flopped down right on top of her. 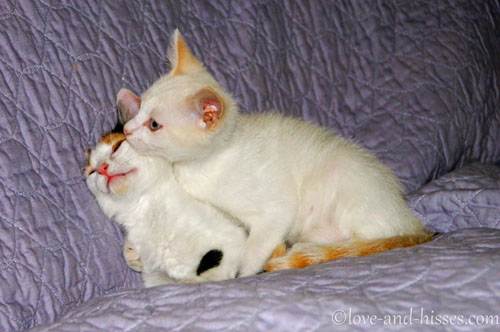 So I went and rescued her from him, which she appreciated and he did not. 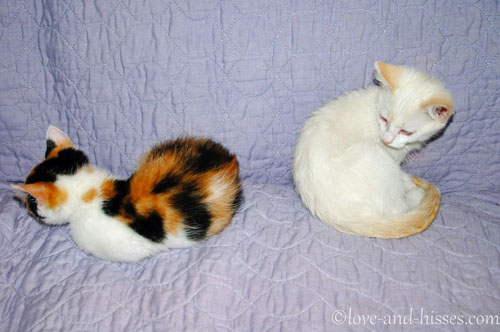 “If you didn’t want to snuggle, you could have just said so!” he said, casting a wounded look her way. 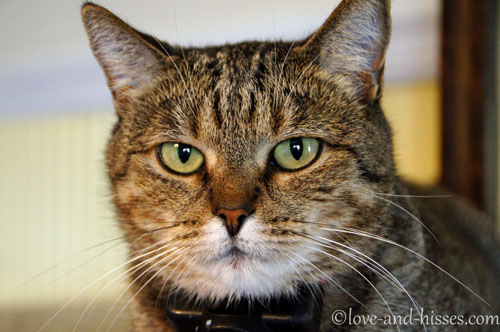 Pretty, pretty Sheriff Mama is fairly certain that YOU are up to NO GOOD. She knows how you are.