Over the weekend, I started letting the kittens have more room to roam. For the first day, I put up baby gates across the hallway – one stacked on top of the other – but the hallway is wide enough to make the gates barely reach, and though the kittens didn’t attempt climbing them, it was only a matter of time, and the weight of a couple of kittens would surely have brought them down.

I talked to Fred, who thought about it, and ended up building something that was sturdier and couldn’t be climbed – basically it’s a light piece of plywood, cut to fit across the hallway with hooks on either side. We call it “the wall”, it’s temporary and can be moved out of the way in the evening. It’s not gorgeous, but it works really well. 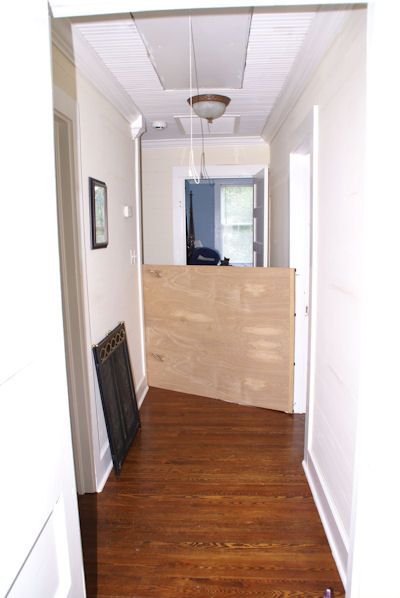 In addition to their room, the kittens now have the bathroom to run around with (complete with a big-cat litter box! Kittens, I have found, are just like little kids. You know when you’ve just potty-trained a child and they get to where every time they see a bathroom they have to try it out? Kittens are totally like “Hey! New litter box! Time to kick some litter around, WHEE!”) as well as my bedroom. Like all kittens, they’ve particularly taken to my bed, and most of the time when they pile up for a nap, it’s on my bed.

I let them roam for most of the day (I put the “wall” up at the end of the hallway around 7 am, and then herd them into the kitten room around 9 pm), and go up often during the day to visit and snuggle. Sometimes when they’re upstairs racing around and I’m downstairs, they sound like a herd of elephants. 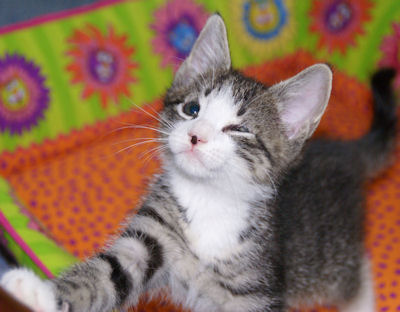 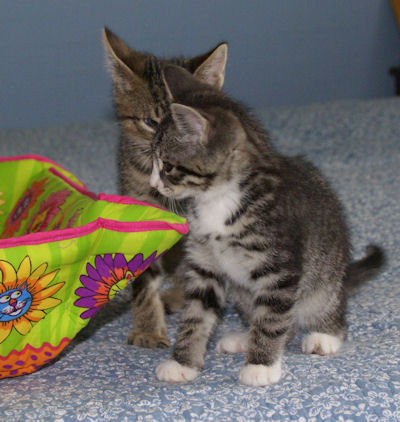 Tell me it doesn’t look EXACTLY like Bill’s sharing a particularly juicy secret. 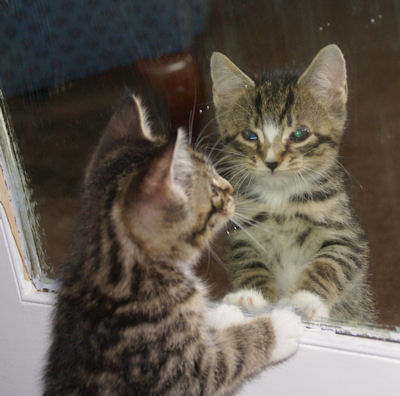 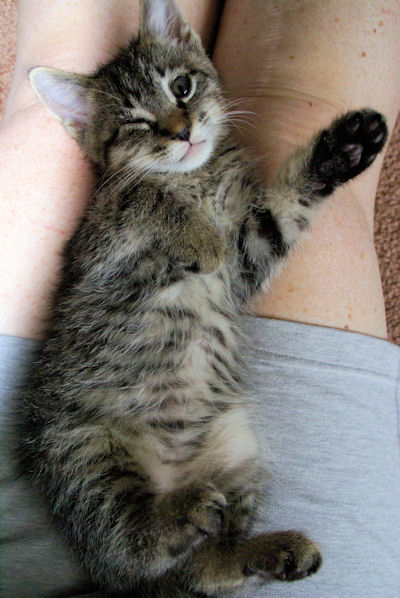 Hoyt adores laying on his back and having his belly rubbed. 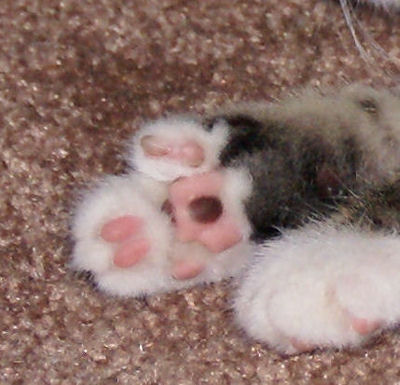 See? He’s got three pink pads, each one belonging to a “finger”, and then over to the side (toward the top of the picture), he’s got two “thumbs.” It’s unbearably cute. 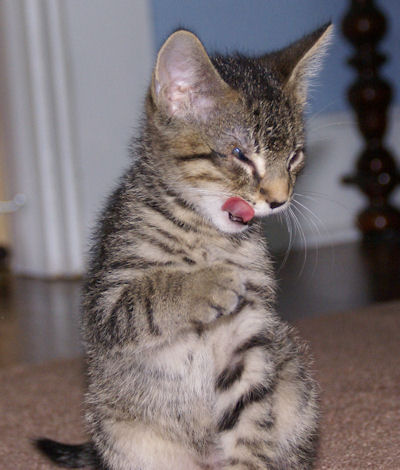 It looks wet around Bill’s eyes because I’d just put gel in them. It seems to have the effect of making them lick their lips for some reason, and then clean their faces.