As of today, Puff is out of the front bathroom and officially in the room with me and Flynn. He also stayed in my bedroom/bathroom area with Flynn while I was at work today (about 6 hours) and nothing was destroyed when I got home!! I have to keep them up when I’m out of my apartment because I’m so scared that the apartment guys will have to come in for something and they will run out. My bedroom and bathroom is a pretty big area so they don’t seem to mind it. They have a good view out my window to bird watch! 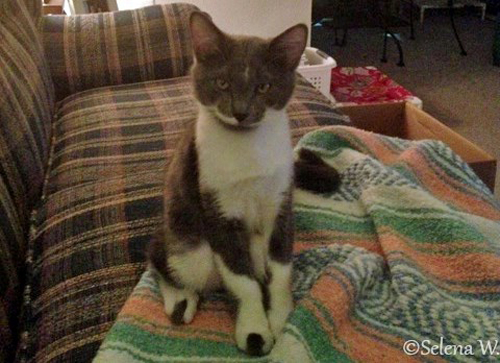 This is a picture from last night. Puff was annoyed with me because he was ready to eat and I wouldn’t feed him yet because I’m trying to get him on Flynn’s feeding schedule. 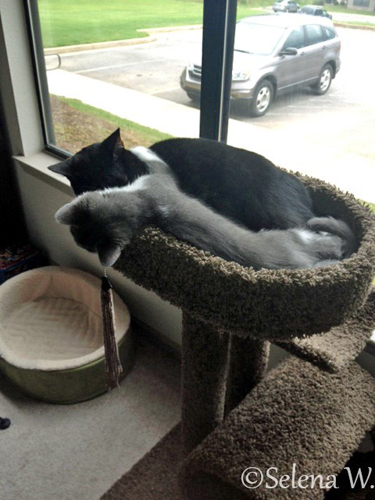 I just love this one! 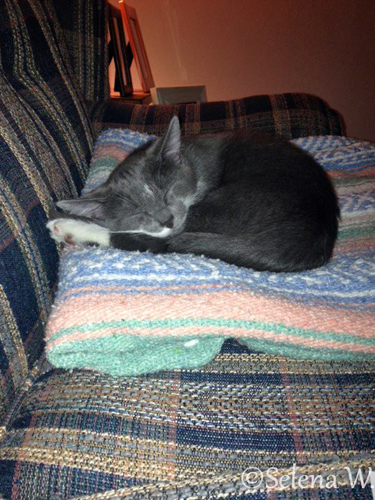 Puff’s arm flung over Flynn in that second picture is going to be the death of me (along with the look on Puff’s face in the first picture, and the curled-up ball of cute in the third picture.) I love it so much when two unrelated cats become BFFs so fast!

Okay, okay, okay. I guess you guys are just smarty pantses. The majority of you guessed that the Dragon who didn’t go to Petsmart was… 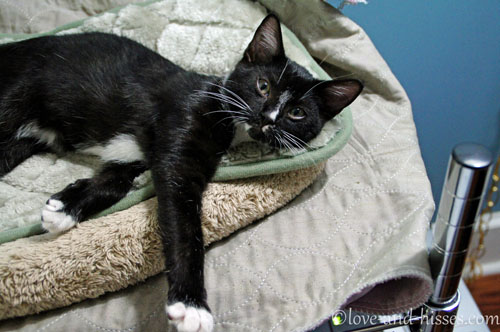 Norbie. And you were right! 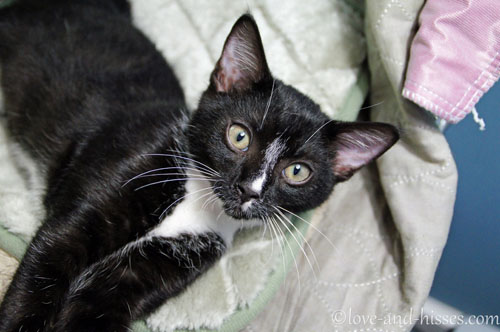 The application to adopt Norbert has been completed, the interested adopter has gone through the adoption process, and the adoption was approved! It’ll still be a few more weeks before he actually goes home, so until then he’ll stay here and hang out with us. 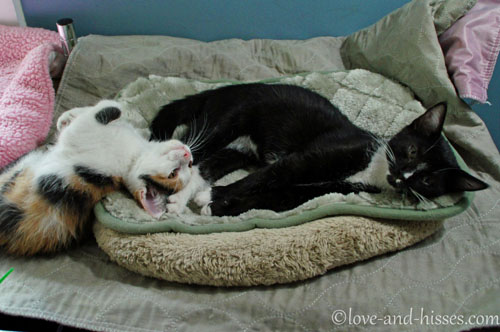 He’ll be going to the home of a reader, so hopefully we’ll get some Norbdates. Norbiedates? You know what I mean. But y’all are not getting any more details than that – you know how I don’t like to jinx adoptions until after they’ve happened!

Here are the rest of the pictures I got of the Dragons before Ruth, Ember, and Scorch went off to Petsmart. 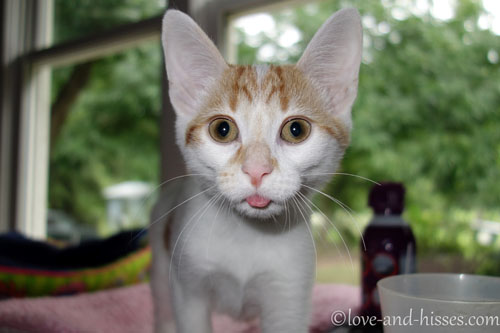 Ember had the end of her tongue sticking out of her mouth for the longest time. She couldn’t figure out why we kept looking at her and laughing. 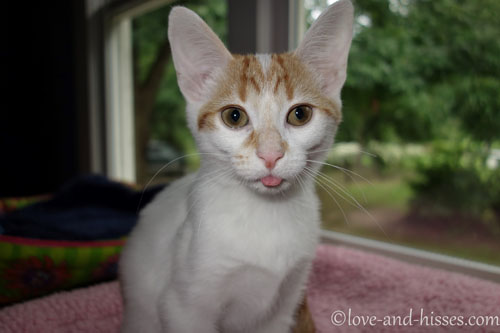 Fred bought a big radio-controlled car with which to tease the dogs (and the cats), and the best part of it all was this box. 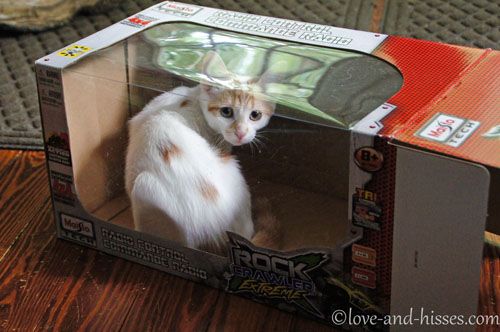 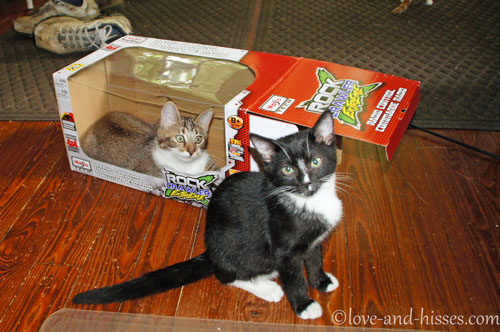 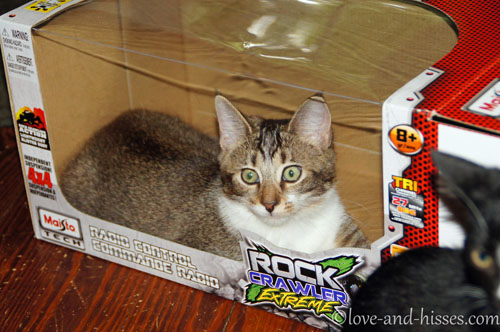 “The world looks so different from here!” 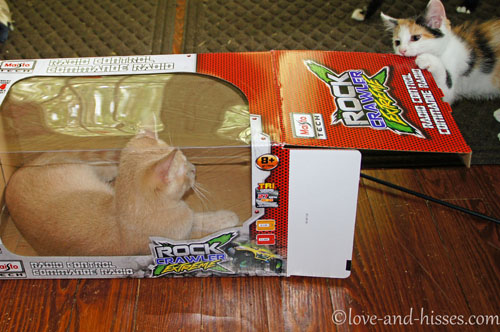 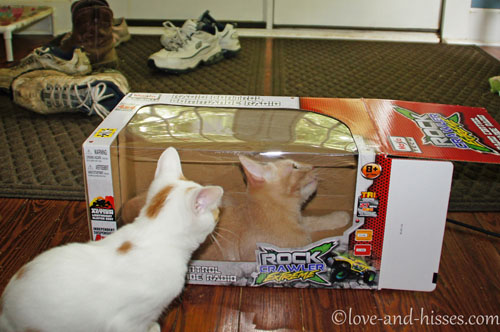 Ember, shopping for a Dragon statue for her living room.
“Eh. I don’t know. I don’t think it’ll work.” 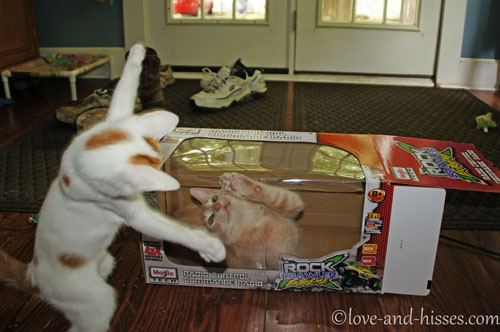 “HOLY CATS! I was wrong! That pink nose will match my curtains PERFECTLY!” 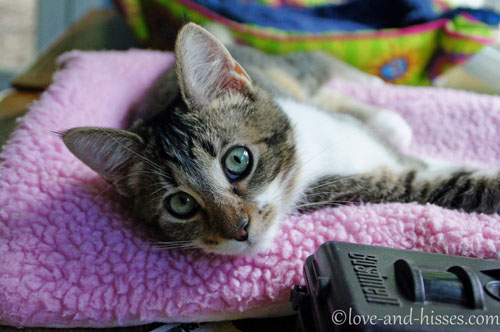 Ruth shows off her pretty eyes one more time. 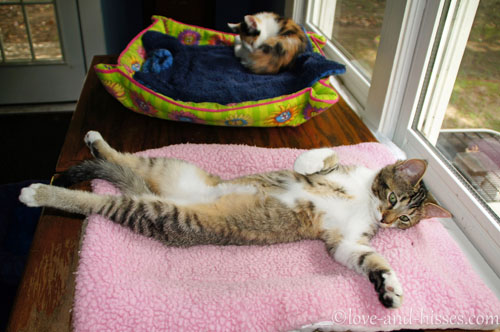 “I can SO read! See, here? It says loooove, annnnnd, hisses! Dot com!”

I know I’ve been really lax about posting pictures of the Starks this week. I promise to make it up to you tomorrow.

Until then, you can ponder this: one of the Starks has already been spoken for. Which one do you suppose it is? (And NO, we are not adopting a Stark. And the Stark in question is going to an entirely different home than Norbie! It’s been a very good weekend, Khaleesi’s return notwithstanding.) 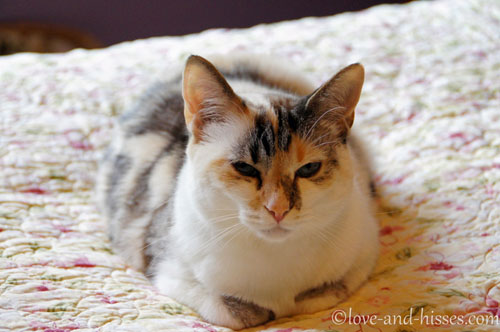 “I think they ALL need to go. I don’t like those kittens.” 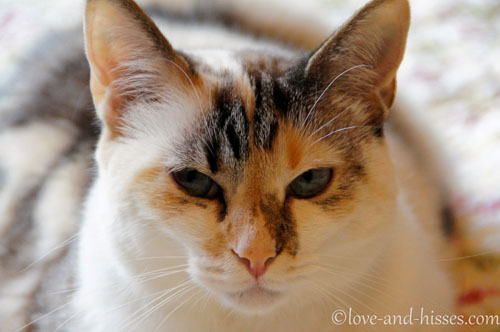 “They is little and annoying.”