Thanks, all y’all who emailed me about it. That is, in fact, my picture that was posted on I Can Has Cheezburger yesterday.

That’s Flossie, from my very first litter of fosters, six years ago.

Sights from around Crooked Acres.
(Just a few pics this week – I need to get out with the camera more often!) 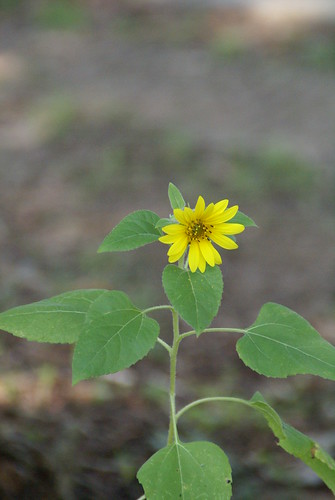 This little sunflower popped up under one of the bird feeders. That is one happy looking flower. 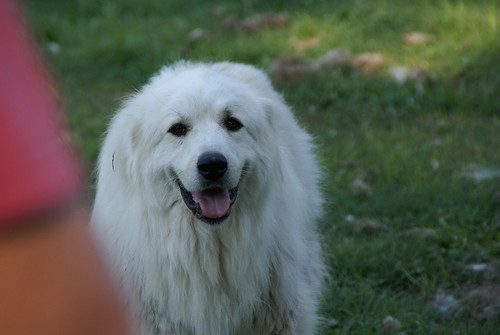 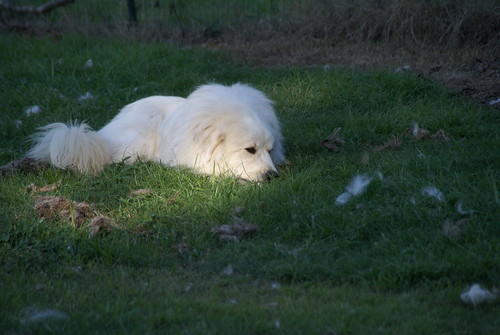 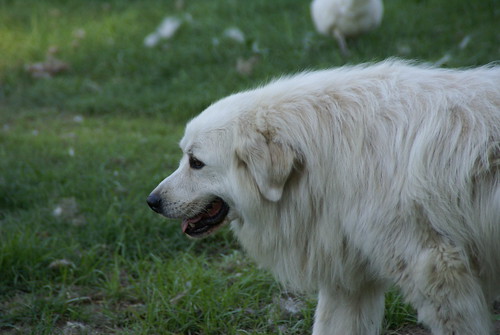 George, heading for the coop. During the hottest part of the day, George and Gracie hang out under the coop. 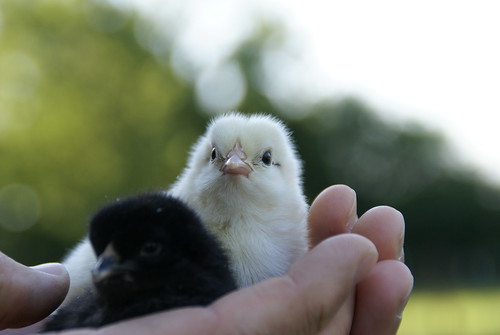 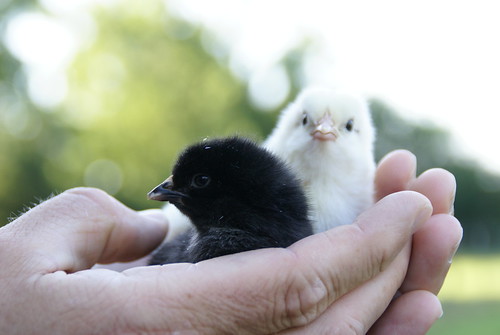 If they weren’t so cute, we wouldn’t always feel the need to pick them up. It’s their own fault! 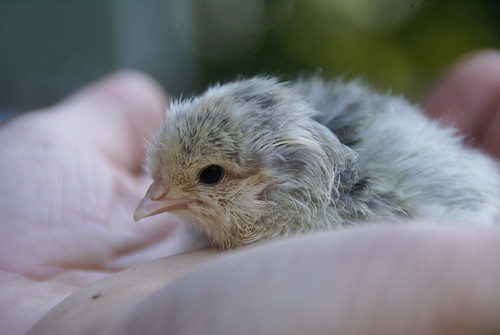 I think this one is particularly pretty. 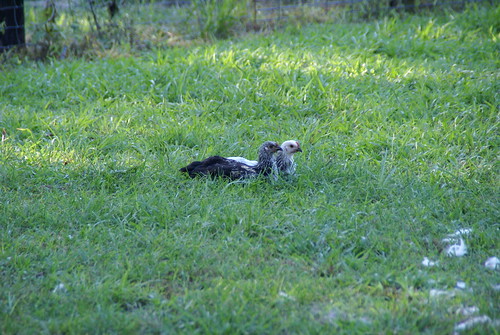 Birds of a feather flock together. Or hang out and watch the other birds go by. Whatevs. 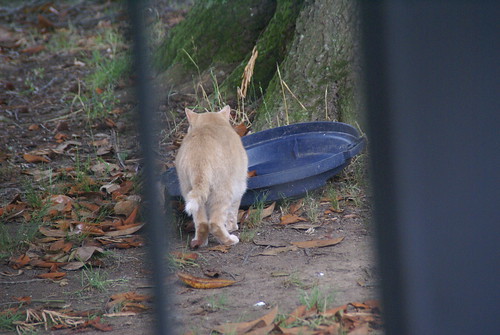 During a particularly dry spell, I took this garbage can lid (which actually goes with the garbage can in the back yard where Elwood snoozes during the day) and turned it over, then filled it with water. Perfect bird bath for the birds, right? Yeah, what a shock – Newt and Maxi were drinking out of it more than any ol’ birds. 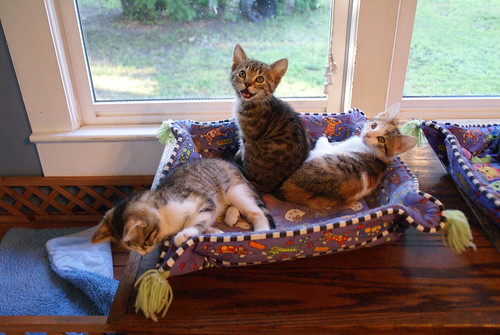 “Whyyyyyy are you over there and taking my piiiiiiicture and not over heeeeeere and petting meeeeee?” 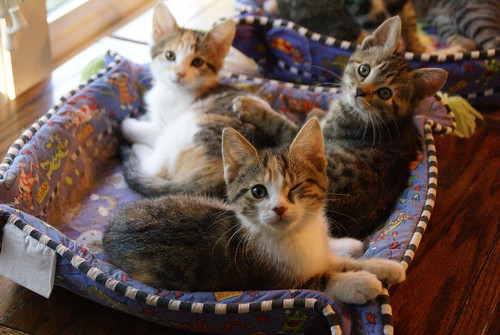 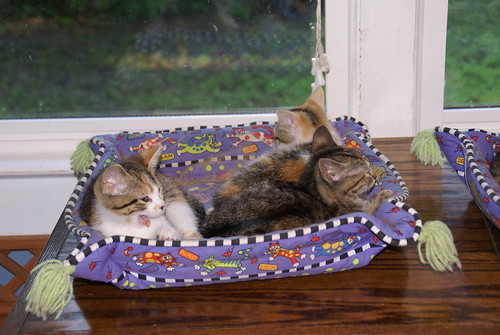 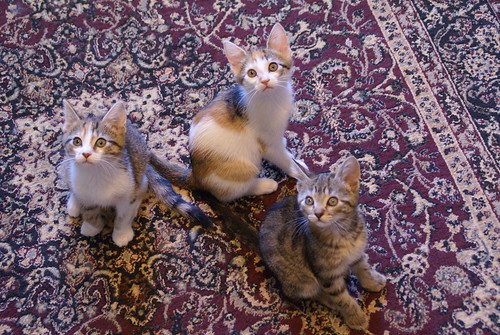 Apparently there’s SOMEthing amazing going on. 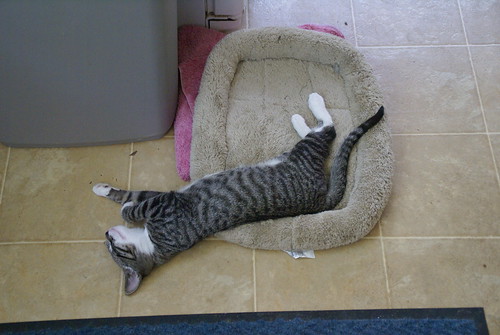 Got so hot, the durn kitten melted right out the bed. Flat-out tragedy, is what it is.
(Doesn’t Declan have the most fabulous stripes?) 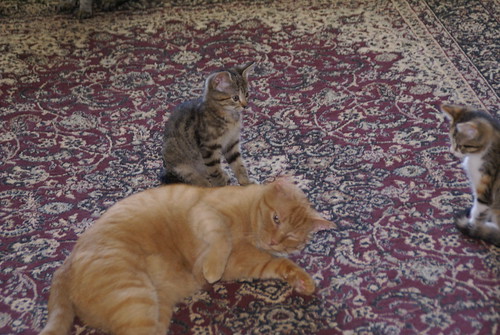 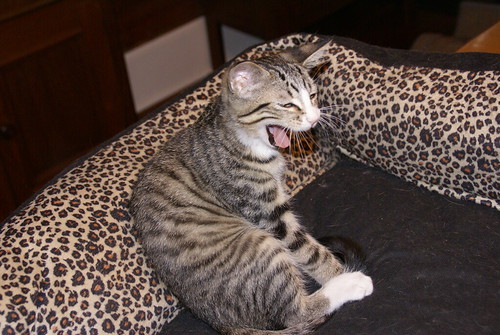 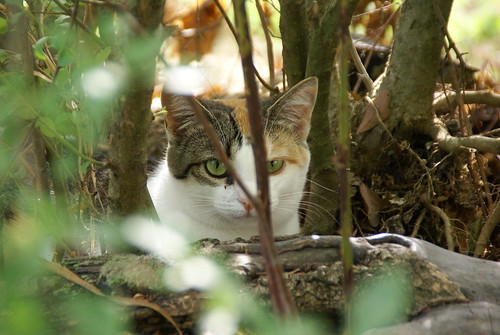