So. The McMaos got a stay of execution. Or a stay of… adoptacution? In any case, they’re still here. Fred told me at bedtime Monday that he’d seen Cillian in the litter box and things were not as they should be. Then there was evidence yesterday morning that that was true of at least two or three cats. I told the shelter manager that I’d keep them here ’til Friday (I was heartbroken to have them for a few days longer, of course), and we’d see if it cleared up.

I was able to get a stool sample, and took it up to the vet’s office for testing. Word came back that there were no parasites, but they did ask if we’d recently changed their food, because there was some oiliness in the sample. Which is when I decided that it was Fred’s fault, because he’d had a tuna sandwich for lunch on Monday, and gave the liquid from the can to the cats. So I blamed him – and he blamed me for letting them have a couple of egg yolks. “They’re nothing but fat!” he said. (In my defense, there were no kittens around when I put the bowl on the floor; I meant for Maggie to have them because she’s always hungry!)

In any case, the fact that there were no parasites present was a good sign, and by the end of yesterday things seemed to be improving. We’ll see how things proceed, but I expect that Friday morning they’ll be going to Petsmart for real. 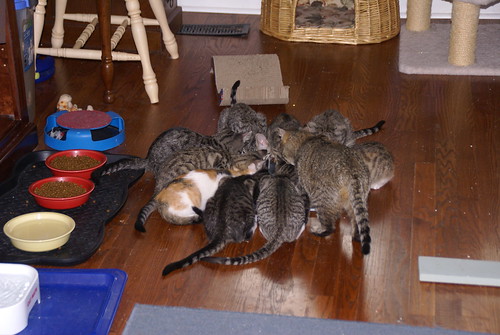 All the McMaos (and Maggie!) and all the Spice Girls, present and accounted for! 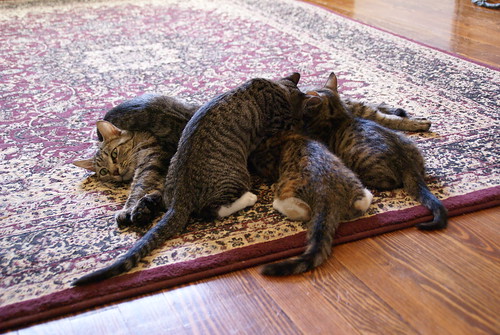 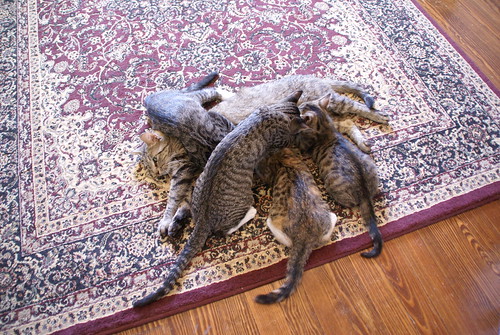 You see how one of the McMaos is stretched across the top of Maggie? Well, she was laying there letting them all nurse, and Sugarbutt came in. For some reason, he got too close to Maggie, and she hissed at him, and he hissed back. Maggie STOOD UP with that McMao on her back like she was a burro and he was her blanket, and she faced off with Sugarbutt. Sugarbutt backed down (you don’t mess with an angry mama), and she walked about halfway across the room before she shrugged that kitten off her.

OF COURSE I didn’t get any pictures of it. 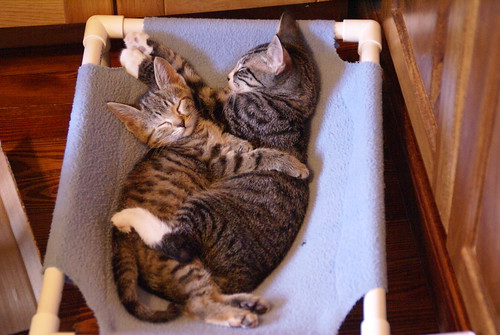 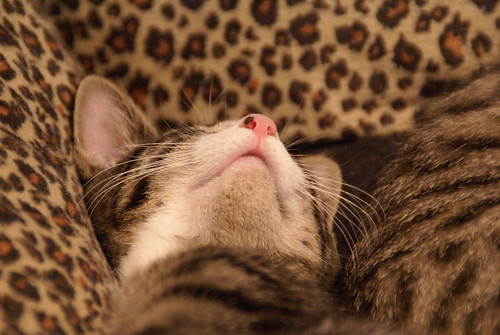 I actually originally thought that both Finnegan and Ciara had perfectly pink noses, but as it turns out, Ciara has a bit of a freckle on her nostril. Too cute! 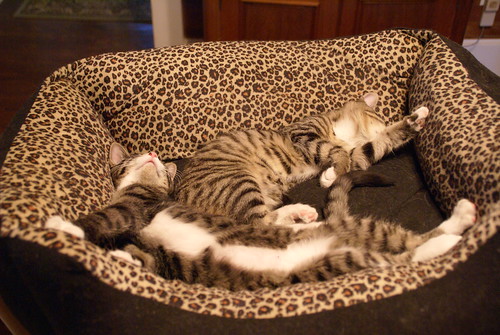 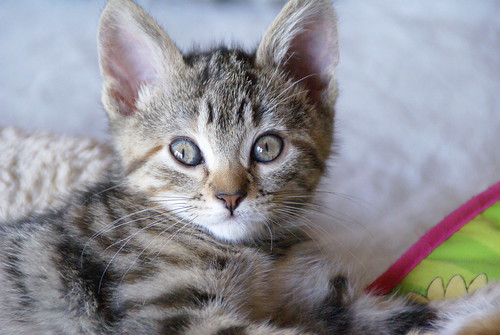 Note that her eyes have almost completely changed color. There’s just a rim of blue around the outside. 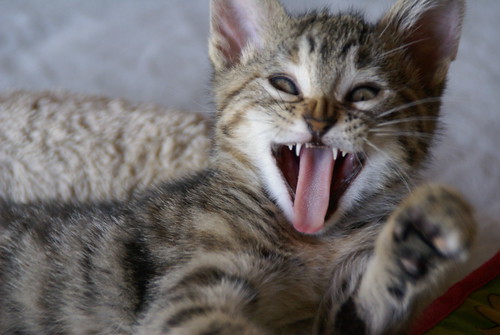 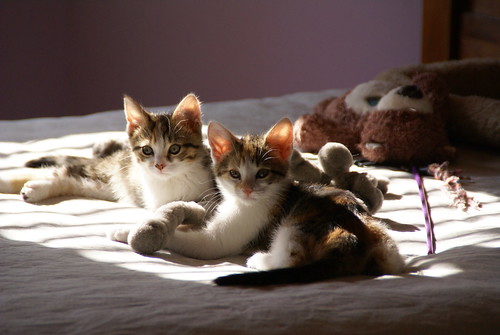 Cilantro (left) and Coriander (right), hanging out in the sunshine. 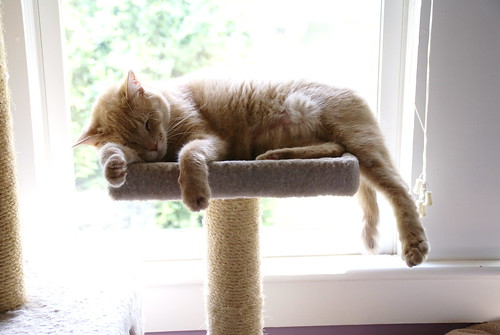 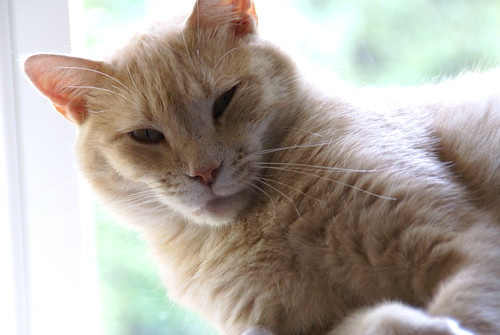