You know him as Otis, but we’ve been calling him Marshmallow (because he looks like a little marshmallow on legs, obviously.) “Come here, lady. I gots a knuckle sammich for you.” 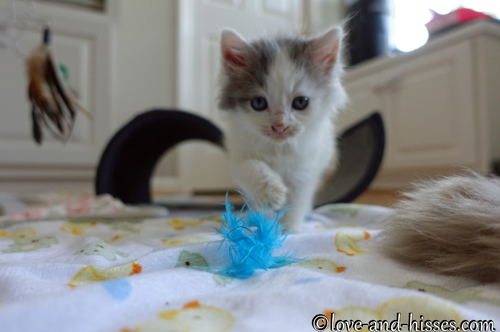 I love that the camera focused on the feather and Otismallow is slightly blurry. 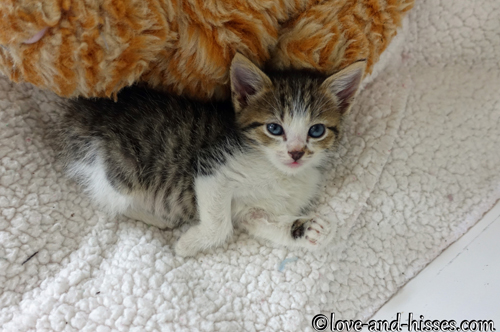 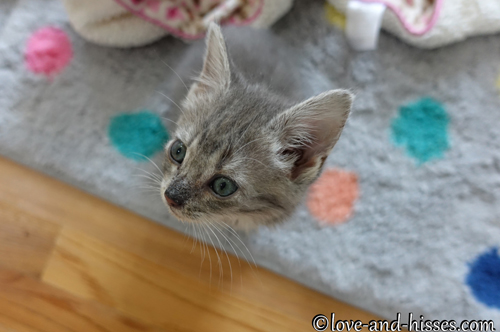 Bethel has a think. 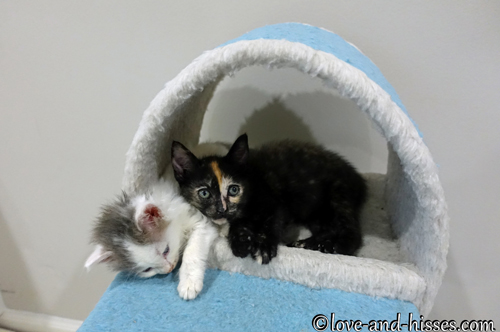 Calais is all “He IS soft and comfy like a little marshmallow!” 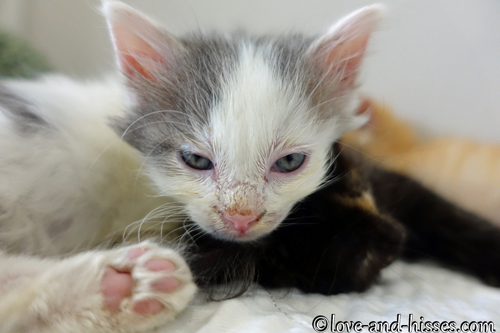 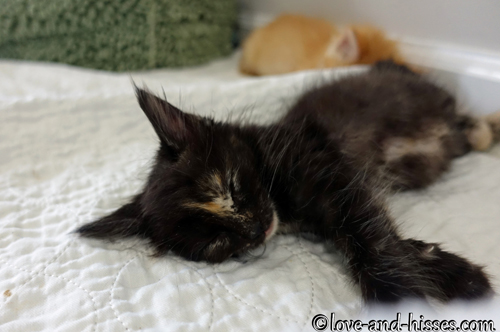 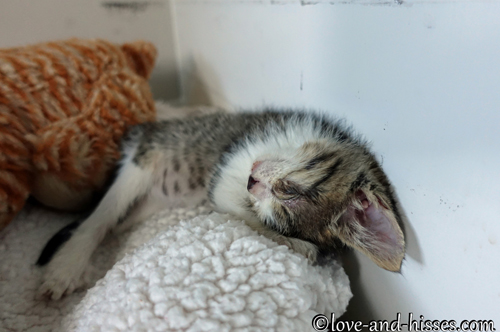 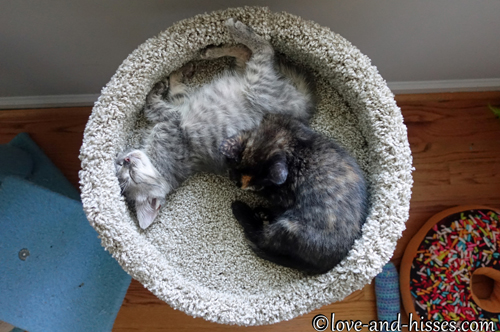 Calais and Bethel like to curl up together for nappin’ time.

Yesterday morning, I was worried to see that Kennebunk – who had started sneezing earlier this week and sounded pretty rough on Tuesday – seemed to be having a hard time breathing, and so did Buxton. I decided – because of course it was a holiday – to take them to the new ER vet clinic in town, HVSE. Ultimately both kittens got fluids, they switched the antibiotic they were on, cleaned out Buxton’s eye, and got new eye drops for him. It was pretty slow, so we were only there for a little more than an hour.

If you’re in the Huntsville area, I HIGHLY recommend that place. It’s so new that Siri didn’t know where to send me (she announced, about 3 miles away from our actual destination, “You have reached your destination!” Gee, thanks, Siri.) and Google Maps was a little confused, but after applying some profanity to the situation, I finally found it. (It’s on Dr. Joseph E. Lowery Blvd off Governor’s Drive near the library. If you’re driving from the Parkway toward Huntsville Hospital, the road is on the left, and the clinic is on the right once you turn.)

Side note: when the vet was cleaning Buxton’s eye, Buxton cried, and the vet apologized to him and then snuggled him for a moment. How sweet is that?

So Kennebunk and Buxton spent the day snoozing. I got some food and their meds into them (not without a fight from Kennebunk, who is 100% over my nonsense). Hopefully they’ll both start feeling better soon. I am so ready to see the back end of this upper respiratory infection.

On another side note: if we had realized that we could move to the city and NOT be subjected to the locals setting off fireworks for a week before and after every single holiday, we would have moved years ago. Except for one bottle rocket a few days ago, I haven’t heard a thing. AND I DON’T MISS IT. 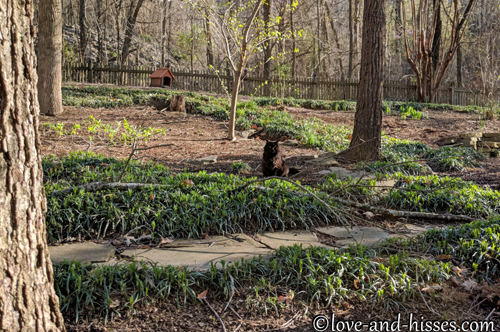