Greetings from Maine! I’m on vacation, but I brought some pictures with me, on my laptop, to share with y’all, so there’ll be at least a few posts this week. I go home next Monday, and regular posting (and maybe new babies??) will resume after that.

I’ll be sure to eat plenty of lobsters and whoopie pies for y’all in the next week. It’s a rough job, but someone’s gotta do it. 🙂 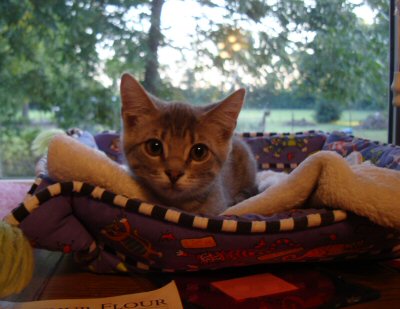 The day I took Sheila and the other Rescuees to the adoption center, I vacuumed first. Sheila did not appreciate this turn of events.

Unfortunately (I blame the holiday weekend), none of the Rescuees were adopted Friday or Saturday. Reports, however, are that they were perfectly fine and snuggly and talkative, so I have high hopes that they’ll be adopted like crazy this week. 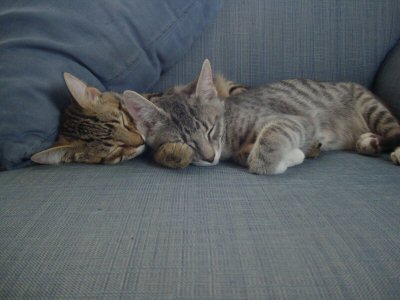 Corbett and Reacher. I’m sorry – have you EVER SEEN ANYTHING CUTER? 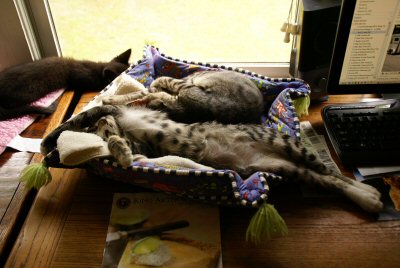 Bolitar and Reacher (and in the back, Franco). 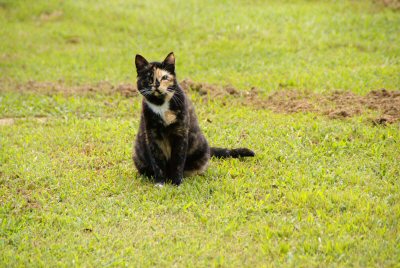 Miz Poo would like you to know that behind you! There’s a serial killer! Or maybe just a cereal killer! Or possibly nothing at all! Same diff! 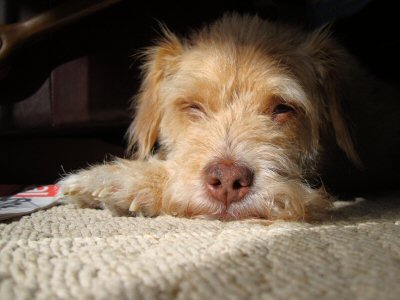 (My parents’ dog) Benji in the sun.