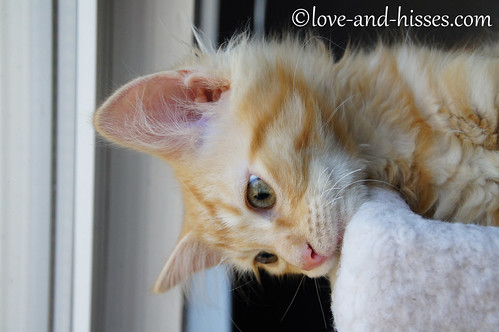 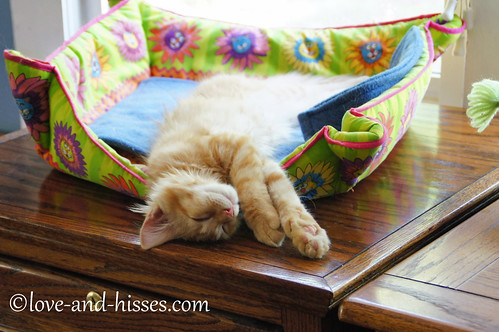 If there’s one thing we can say about Cap’n Floof, it’s that he manages to make himself a home no matter where he is. 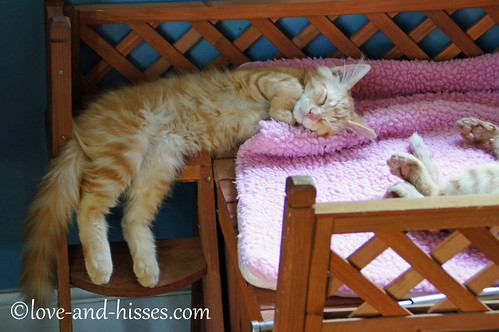 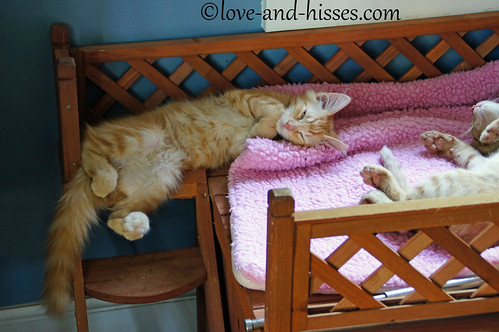 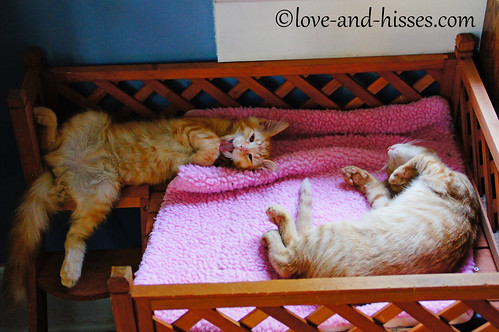 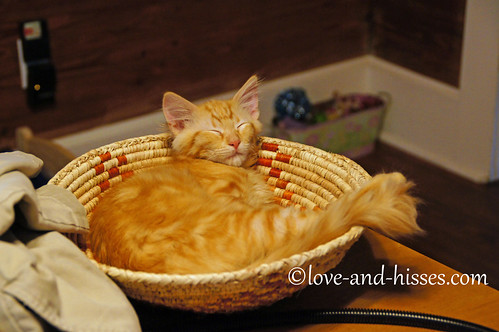 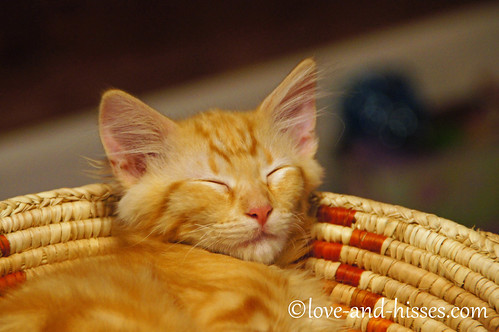 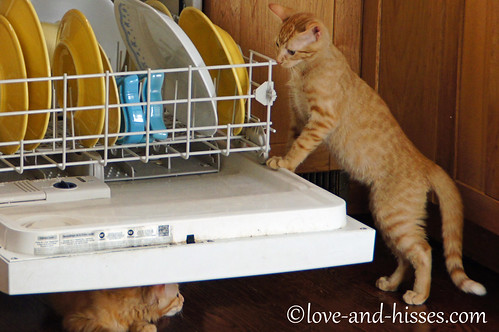 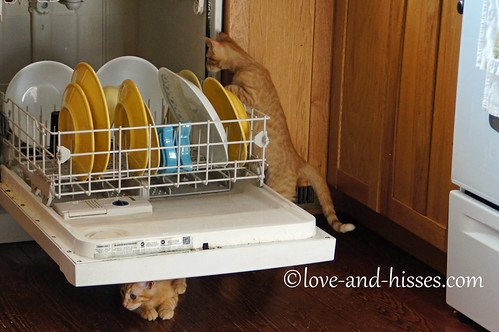 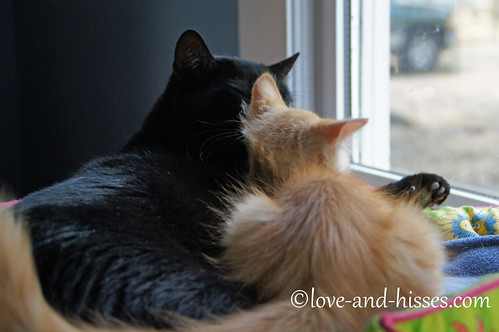 Sooner or later, they all find their way to Tommy. 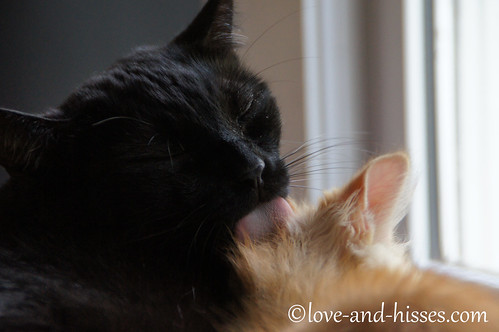 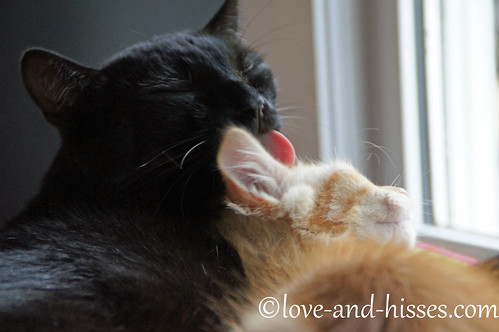 Who cleans ’em up real good and then snuggles with them. 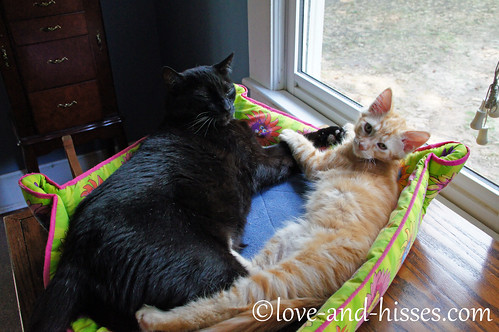 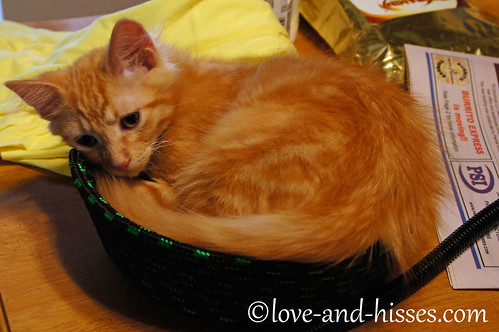 You barely fit there, Floof.
“Floof not care.” 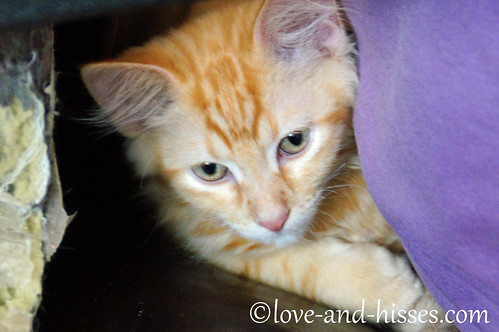 Crammed behind Fred and the back of the chair. 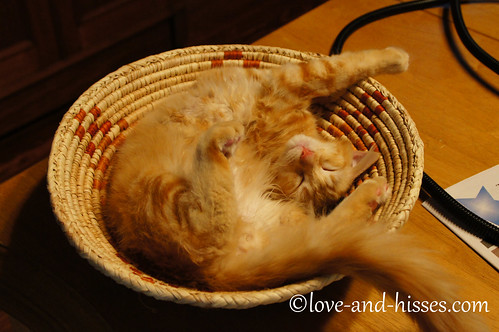 A quick video – this was actually shot a little less than a month ago, when the little Taters – Kennebec, Agata and Fianna – were still in the room upstairs. They’re all three very squeaky kittens when they’re suggesting that I pet them, clearly. 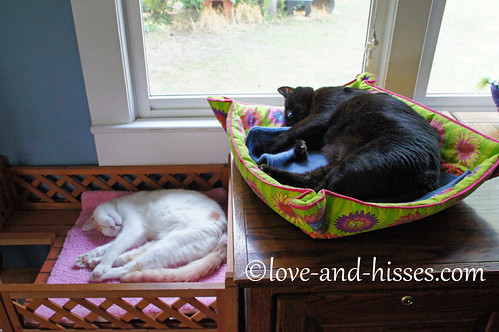 I love how Tommy and Spanky are laying in basically the same position.