I’m leaving here in a little while to go pick up the Noms at the spay and neuter clinic. As I mentioned yesterday, they had literally NEVER been confined in a carrier, and never been in a car. I was really worried about how they’d act. Once I got them in the carriers (I put two in each carrier), they were mostly puzzled. At one point, Razzie lost her stumpy little mind and raced around the carrier trying to figure out how to get out. She only did that twice, and finally gave up and snuggled up with Logie. Hardly a peep out of any of them on the drive (it’s a half hour drive from here to the clinic), and once we were inside the clinic they were scared but not terrified, and curious about the other people. 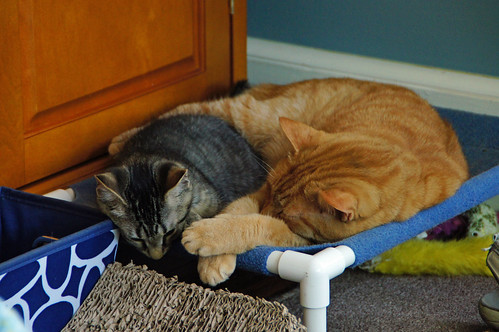 Newbery, having climbed into the hammock with Sugarbutt, considers his next move. 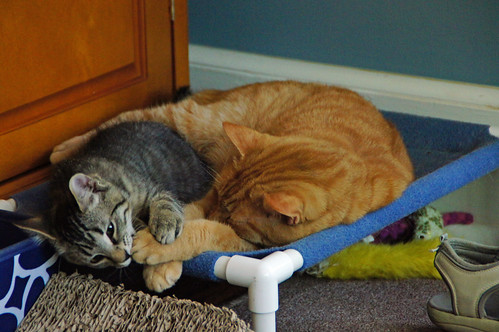 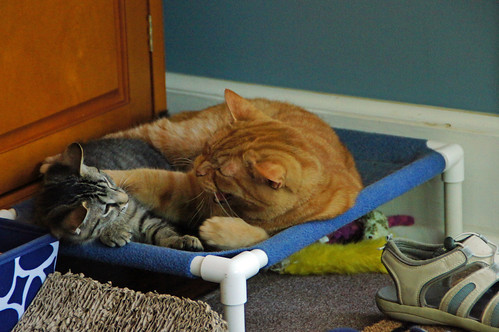 “THAT IS MY PAW AND THAT HURT, YOU LITTLE MONSTER ::HISSSSSSSS::!” said Sugarbutt. 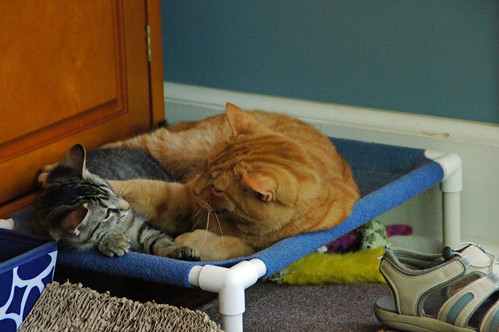 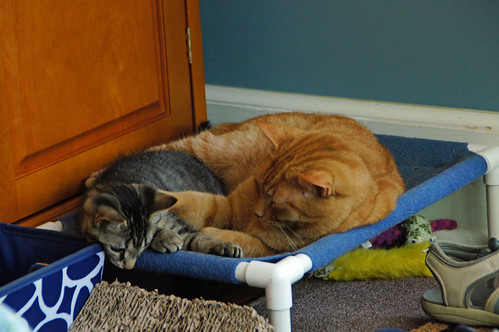 Newbery pondered and pondered the error of his ways. 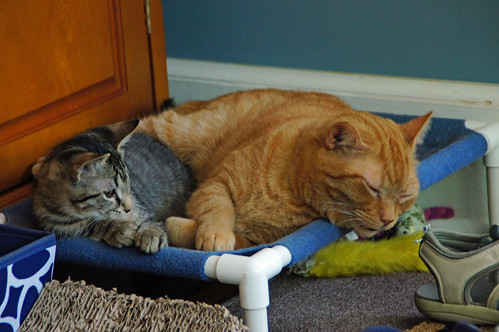 “That was wrong, to bite his paw,” thought Newbery. “But… it looks so TASTY.” 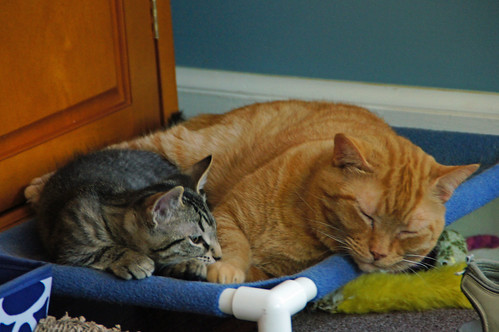 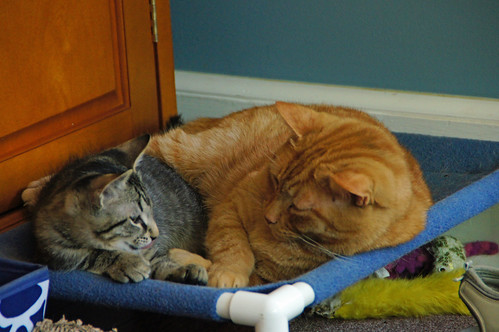 “Wasn’t me,” said Newbery when Sugarbutt fixed him with a glare. 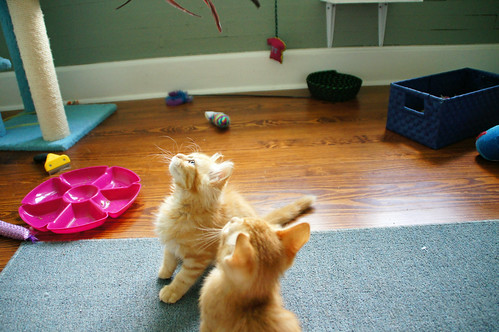 Norland and Russet keep an eye on the feather toy. 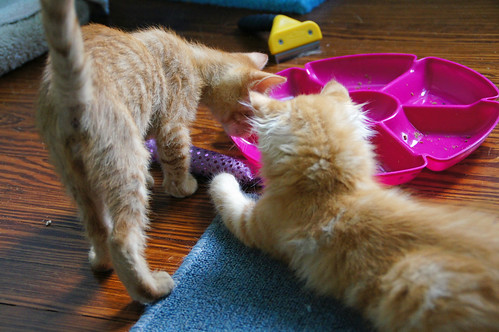 Double checking to see if there’s any snack left (there wasn’t). 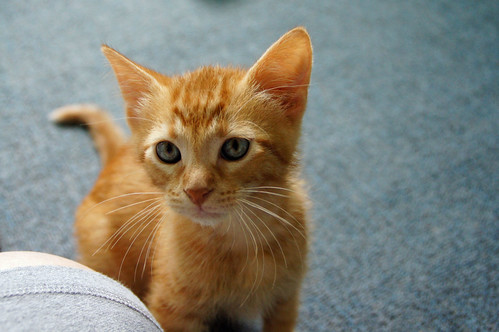 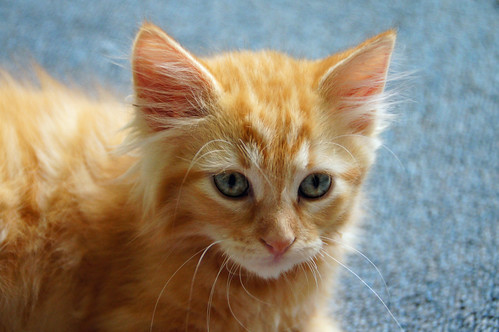 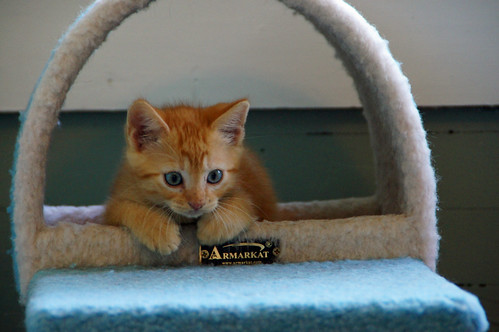 Kennebec hanging out in his cat tree perch. 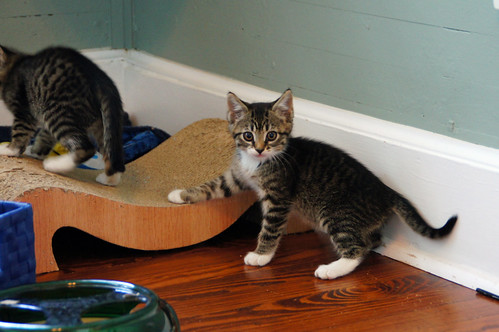 “Am watching you, lady.” That’s Agata, and part of Fianna. I love how both girls have all four white paws. 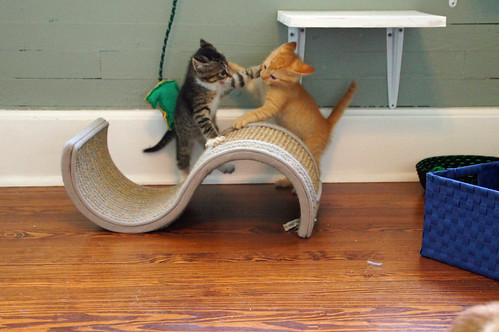 Agata and Kennebec discussing who the boss is. 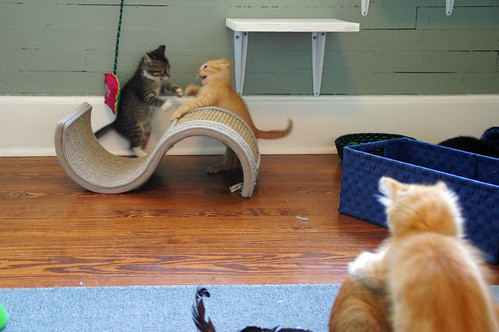 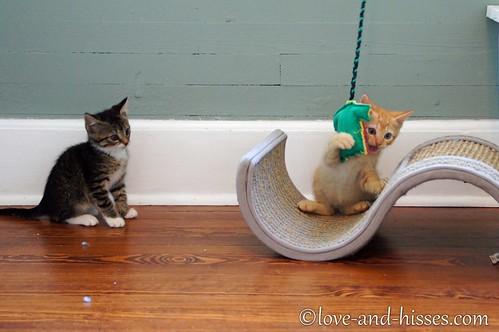 Kennebec reminds me SO much of Sugarbutt when he was tiny. 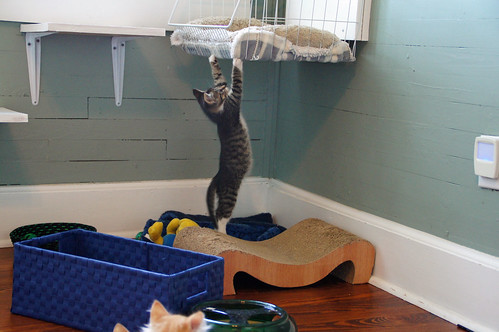 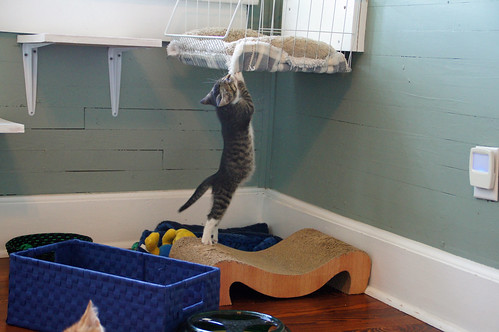 Agata trying to get up into the wall basket without using the steps. 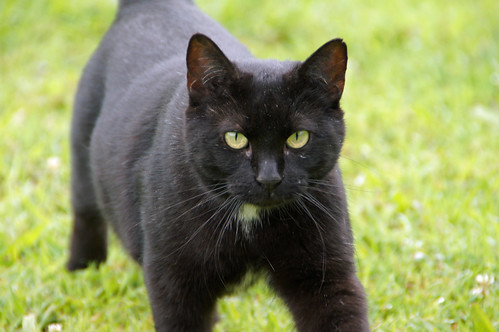 Pretty miss Maxi is keeping an eye on YOU.