Yesterday morning I filled in for the Friday morning person at PetSmart, which consists of cleaning cages, scooping litterboxes, making sure food and water bowls are filled, and loving on the kitties.

Beulah was adopted on Tuesday, but Bessie’s still there – but she’s not in a cage by herself, she’s sharing a cage with two other black kittens.

There’s a glut of black cats at PetSmart right now – there was only one cat there who wasn’t black, a sweet little brown and white tabby.

Anyway, this time around I remembered to bring the camera with me, so I snapped some pictures! 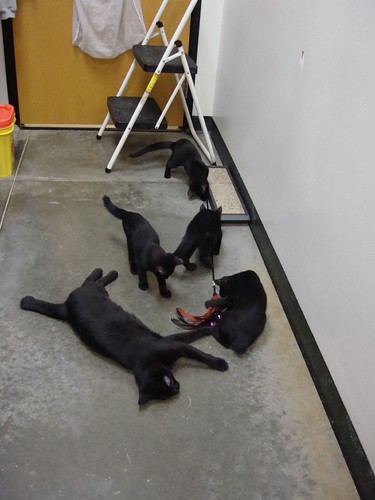 This isn’t even all the black cats at the pet store – there was another, and adult, who wasn’t game to come out and play with the other cats. Bessie’s at the top of the picture, closest to the stepladder. 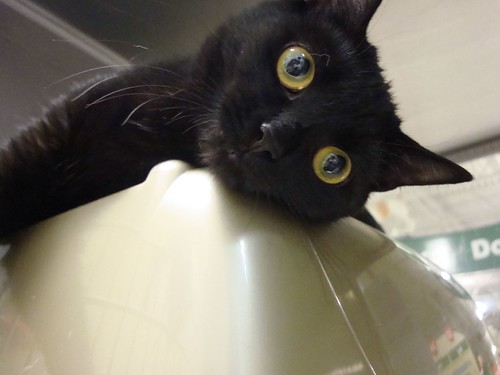 “Um, no, I’m okay here in my cage. I don’t want to play with those little kittens. They’re too wild for me!” 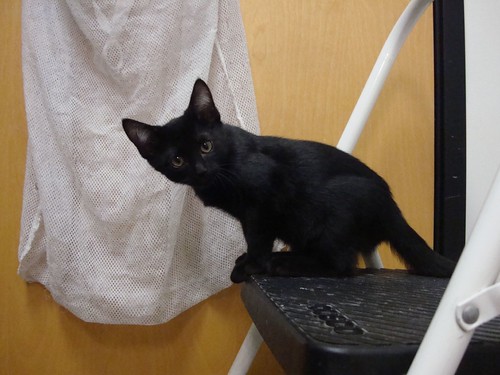 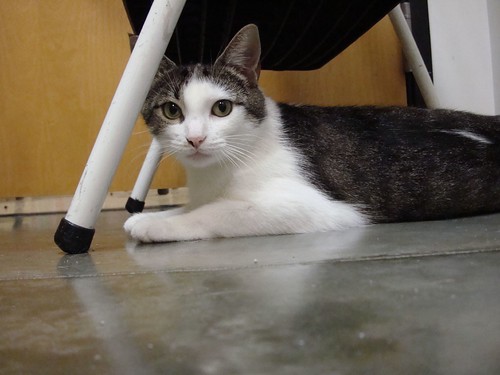 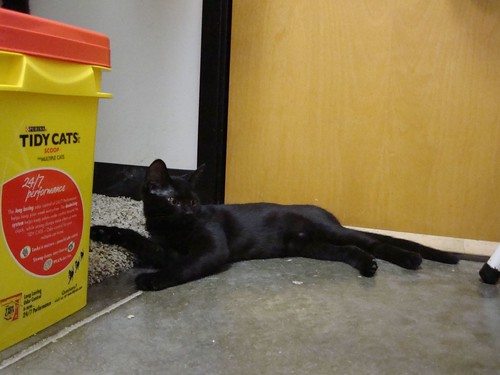 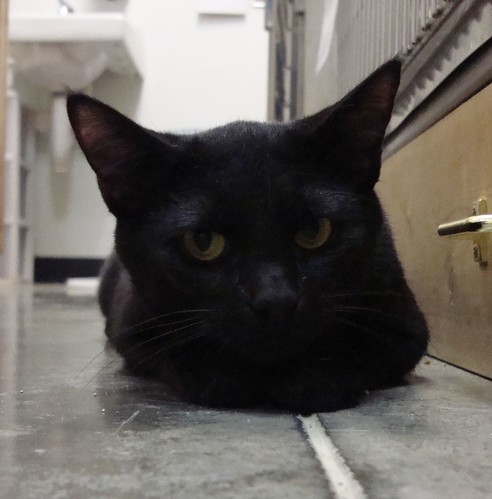 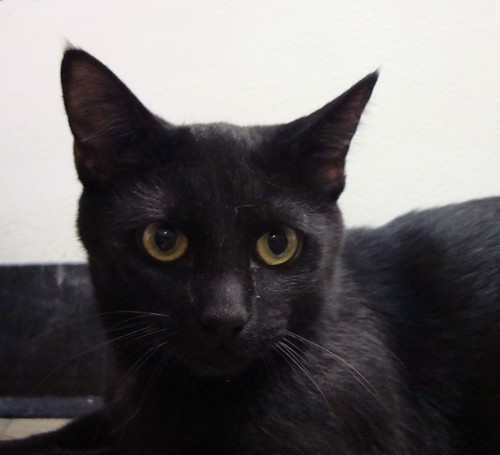 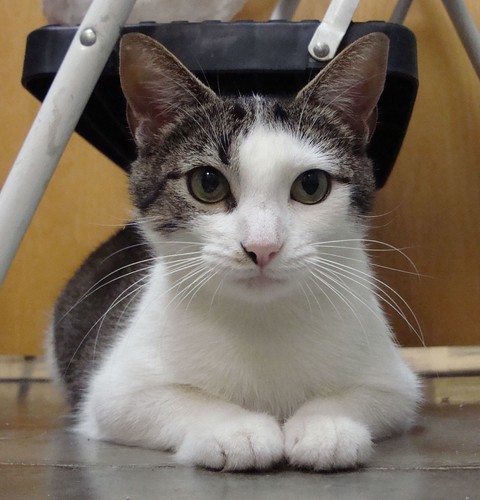 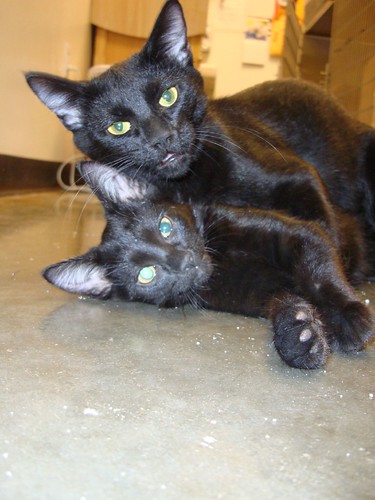 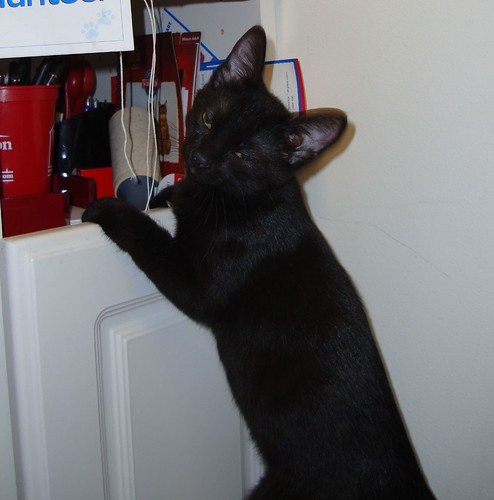