So while I was out yesterday, I picked up a few jars of Gerber #2 Chicken and Gravy baby food. As far as I can tell, kittens will eat most any meat-based baby food, but have a special fondness for the chicken and gravy. I went upstairs into the kitten room, opened up the jar, dipped my finger in and held it out to Zoe, and I thought she was going to take my finger off. She LOVED that stuff. She ate a bunch (it’s hard to know exactly how much, because her siblings were raaaaaaaaaaaather fond of the stuff, too), and now that I know she’s at least interested and able to eat something other than her mother’s milk and water, I know I can work with her on getting on the solid stuff. 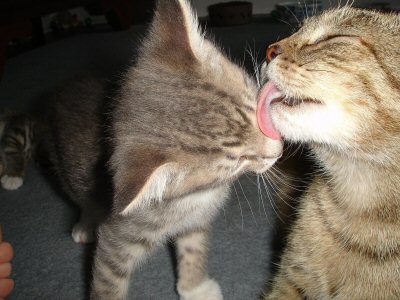 Did I mention he’s a Momma’s boy? 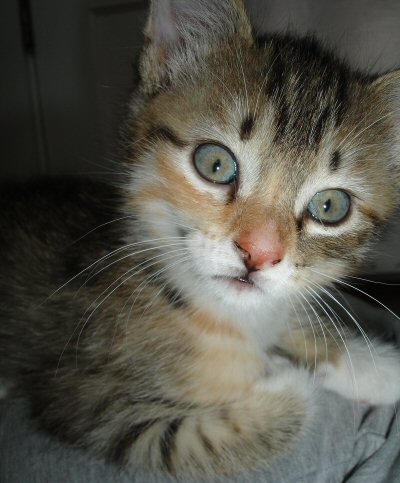 The troublesome little runt herself. Don’t you want to squeeze her to death? 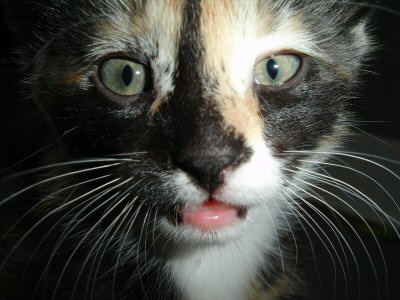 I’m sorry, the row of tiny little teeth on the bottom is KILLING ME. 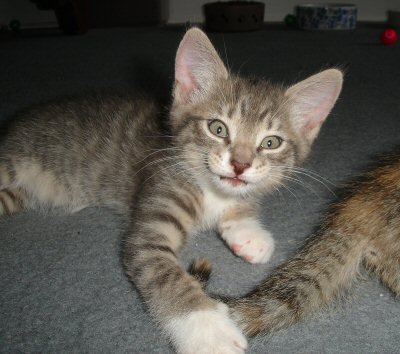 Doesn’t he look like he’s whining about something? “I just wanted to sniff her tail, and she smacked me, wah!” 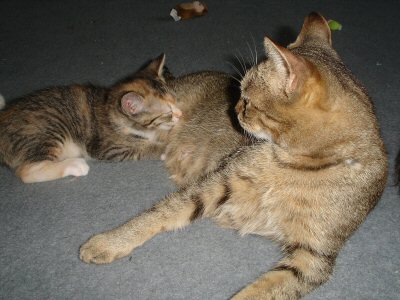 Kara’s all “Really? We’re still doing this, seven weeks later? REALLY? Are you KIDDING me?”