All the kittens are doing well. It’s like a crazy house in here these days, with kittens hopping everywhere like fleas. It’s surprisingly quiet in the middle of the day, with them flopped everywhere sleeping – but wild little monkeys first thing in the morning and at dusk.

I weighed the Spice Girls over the weekend. Cilantro and Cori are both a couple of ounces over 2 pounds, and little Clove is at 1 pound, 10 ounces, so it’ll be a bit longer before they all go to be spayed. Fred reported that he saw Clove rooting around in Miz Poo’s belly fur, clearly looking for a nipple, and Miz Poo was not appreciative of this development, so hissed and smacked at her.

Poor Clove (but I can’t say that I blame Miz Poo!) 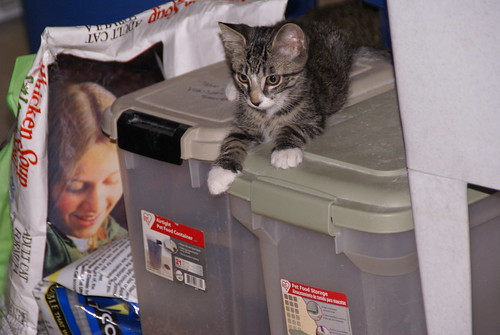 Macushla’s in charge of guarding the food. 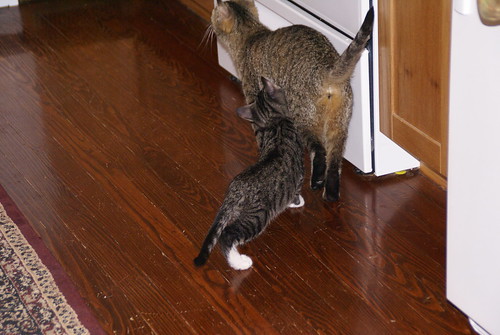 Ciara, trying to latch on. Poor Maggie – she tries her best to ignore them when they do this. Eventually, she either gives in, or jumps up where they can’t get to her. 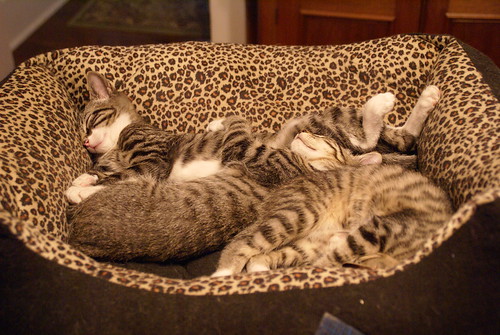 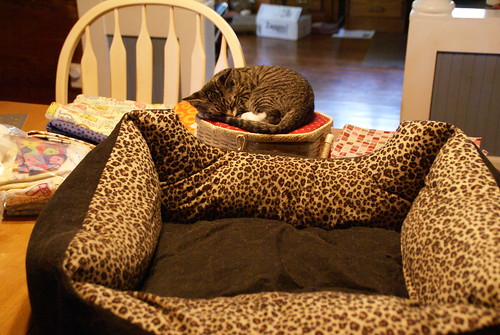 There’s a bed RIGHT THERE, but noooo, he has to curl up in a miserable ball on top of my sewing basket. Weirdo. 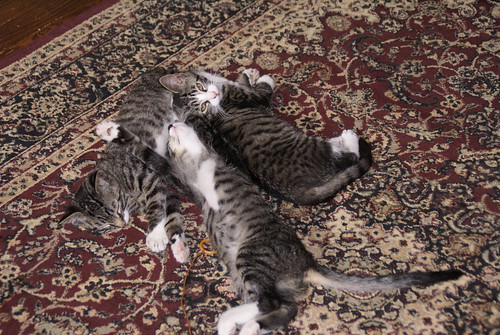 They’re so ridiculously long and lanky at this age. 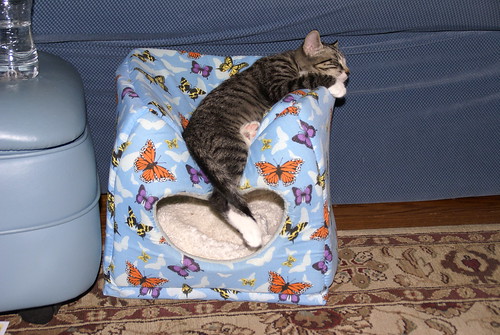 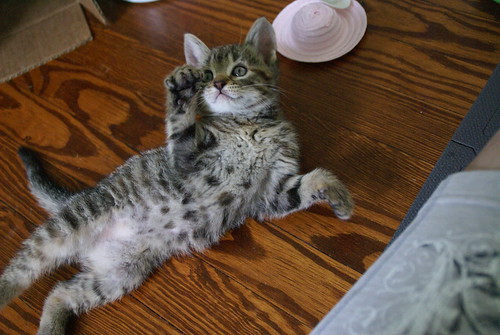 So proud of herself for flinging that pink hat off her head. 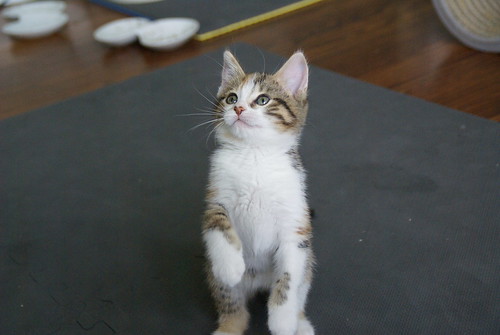 Cilantro, eye on the feather teaser. 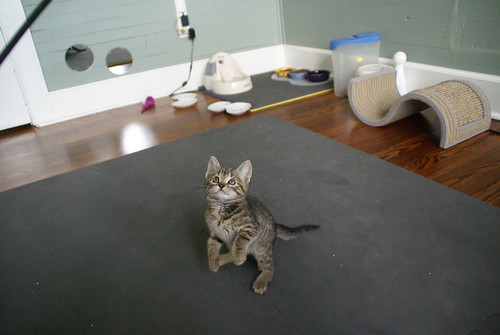 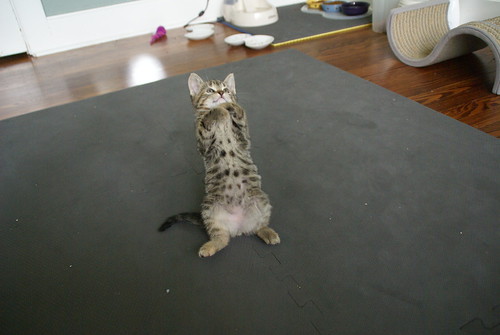 Whoaaaa…. back she goes! 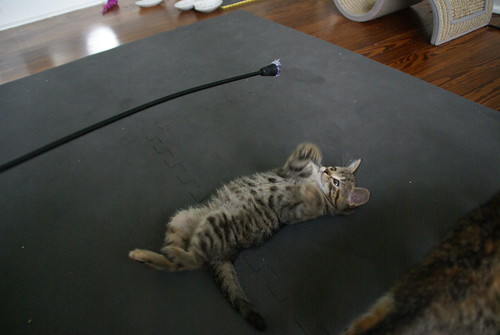 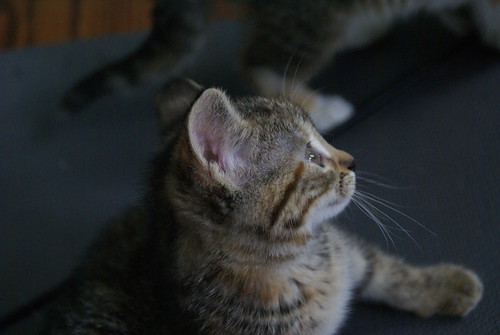 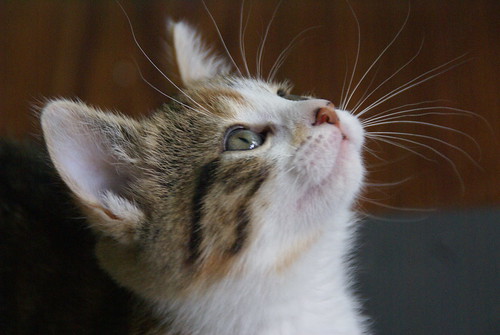 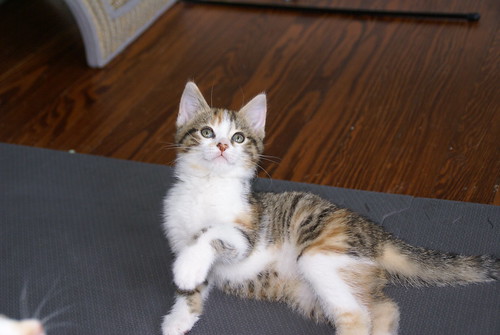 Her little smile just slays me. 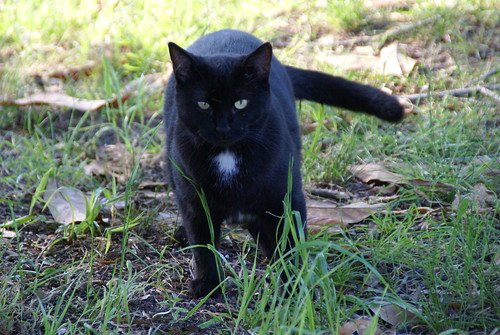 Maxi keeps me company when I do outside chores.