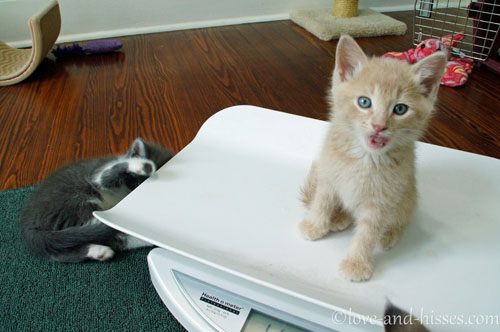 Since the kittens are so much more mobile now, I had to switch to the bigger scale. And they’ve gone from “Wahh! Why is this woman WEIGHING ME?!” to “Hey, look. I can climb up on this and sit here!” I barely got the scale put down before they were climbing all over it. Look at Scorch, all smug and pleased with himself. 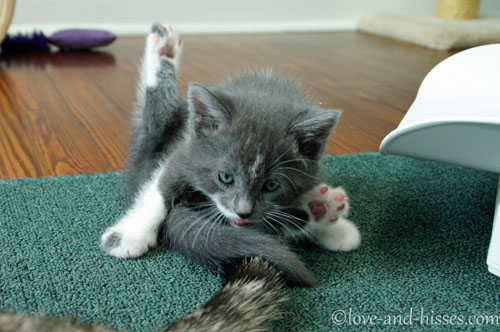 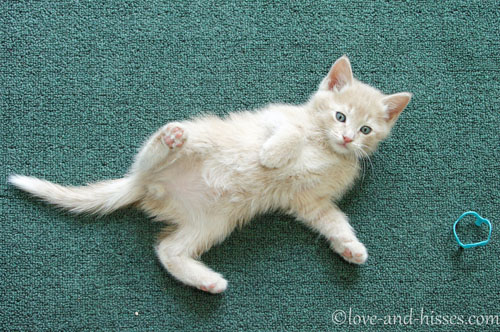 He is such a laid-back chill dude (except when he’s being skittish and running into the closet to hide.) 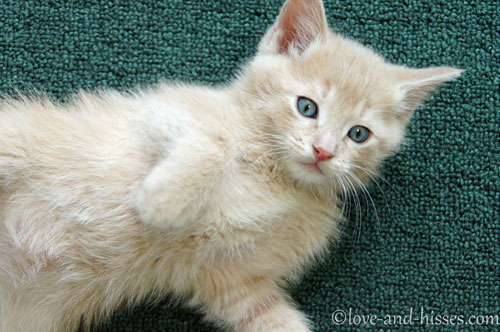 “Hallo, I am beautiful.” 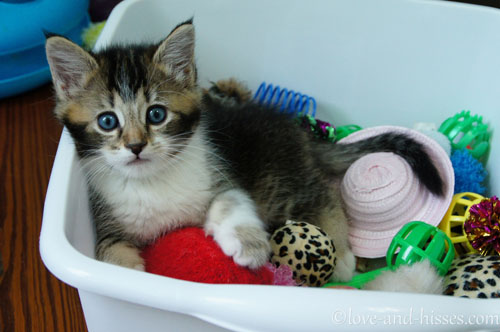 Miss Ruthie, guardian of the toys. 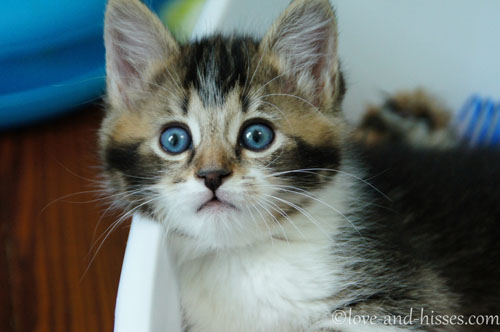 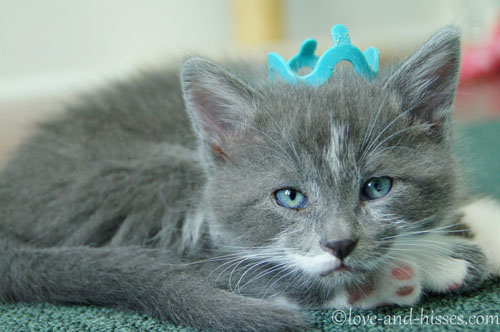 The Prince is tired. 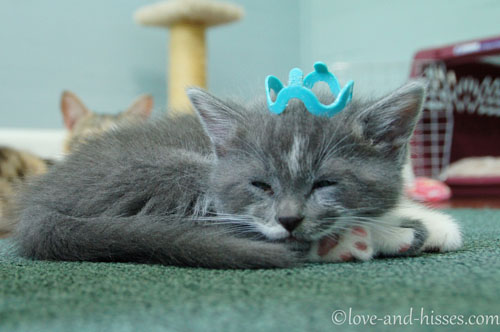 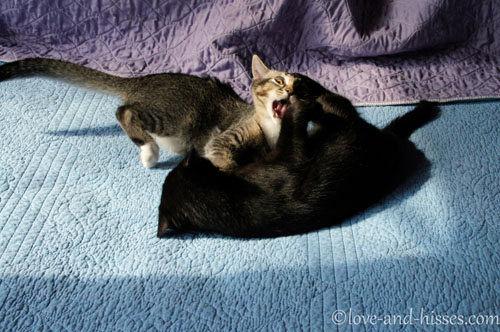 Fightin’ time. Every morning they come downstairs and run around my room like crazy things, then they jump up on my bed and try to kill each other. 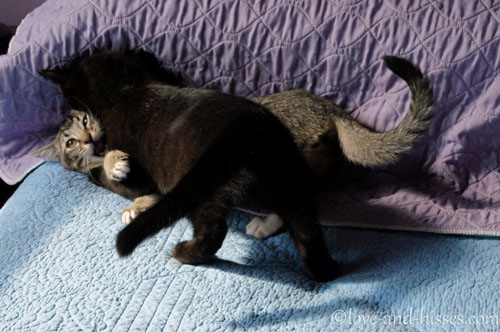 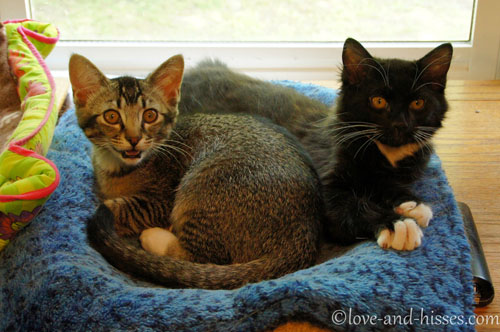 So, I have been lax in reporting this to you. Since Kate went off to Petsmart (and was subsequently adopted), Aslan has become the talkiest talker ever. They’ve all become SUPER friendly, too – I mean, they were friendly when she was here, but now that she’s gone, they are complete and utter lovebugs. Especially… well, especially all of them. Charming is the most likely to climb up on you and take a nap when you’re watching TV, but they all come squeak at me for love pretty often in the course of the day. 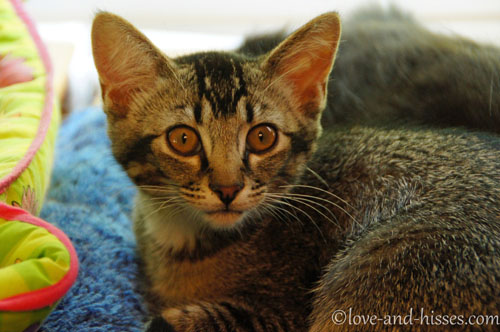 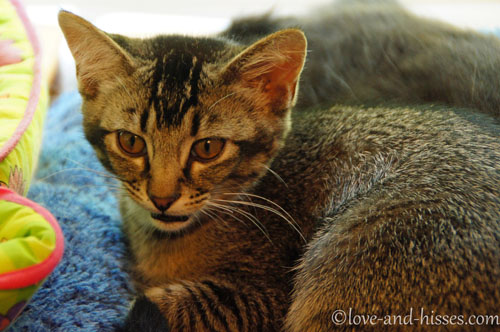 “And then I thought it was snack time, but it wasn’t, and I said to Charming, I said “I think we need to have snack time MORE than twice a day, is what I think!”, and he agreed with me, but then the lady said that we were obviously not starving and I’m not sure what she means by that, how does she know how hungry I get? So then…” 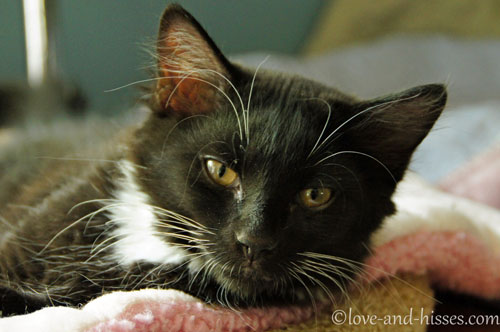 “He just keeeeeps on talkin’.” 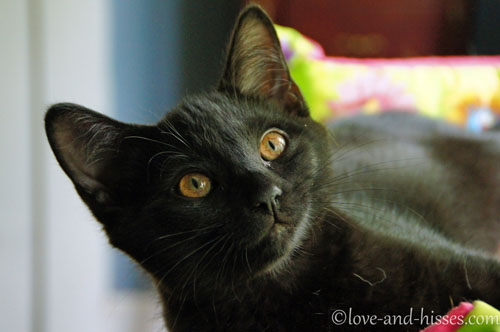 I have to pick up Jareth and squeeze him approximately 200 times a day. 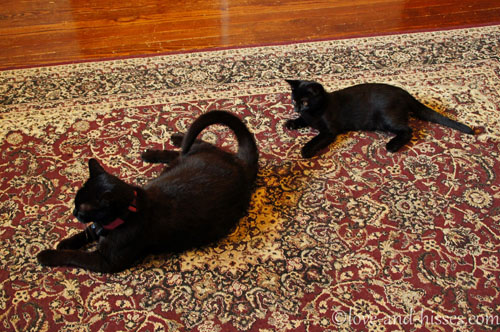 The permanent residents are remembering what it’s like to have kittens around, always smacking at their tails. 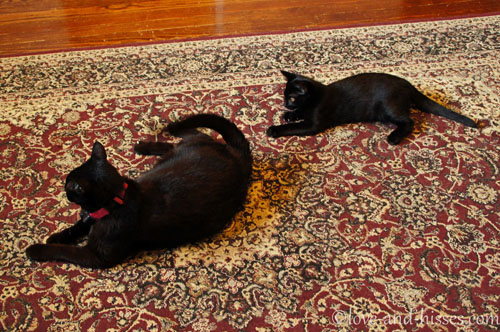 I’m pretty sure Tommy tantalizes them on purpose. 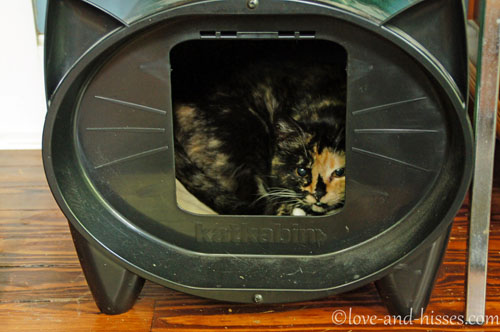 Miz Poo, in the Kat Kabin. Someone’s always hanging out in that thing.