Sadly, this is the only Crooked Acres picture I have for y’all this week. My camera is off in Texas being serviced, and though I do have a backup camera, I don’t like it nearly as much (that’s what I’ve been taking pictures of Cicero with). Hopefully I’ll have my good camera back before next Thursday! 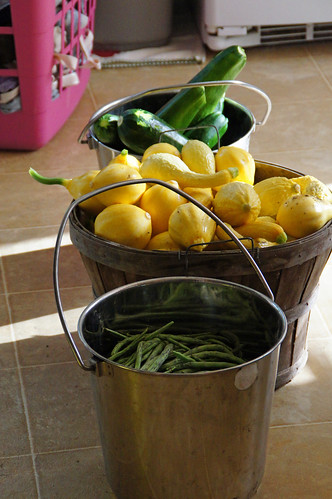 This is one day’s picking. It’s Fred’s job to pick the garden, my job to figure out what to do with all the veggies he brings me.

Since this is a family-friendly site, I won’t tell you what I suggested he do with all that squash. 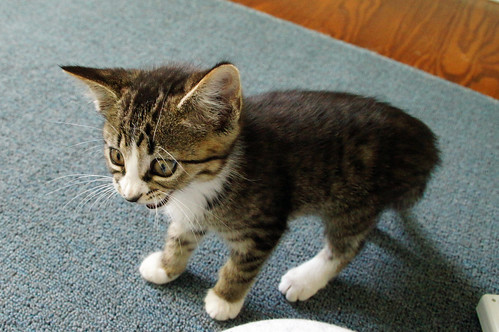 Fianna’s got something to SAY! 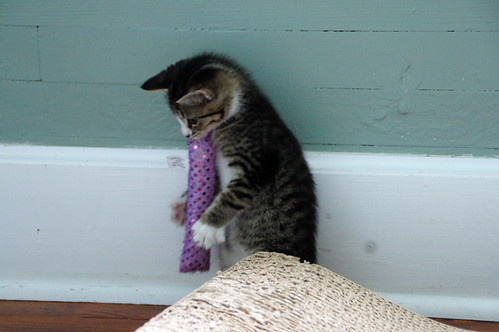 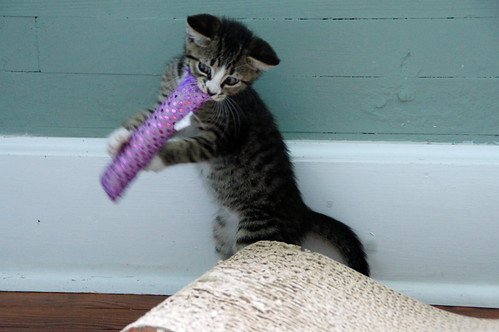 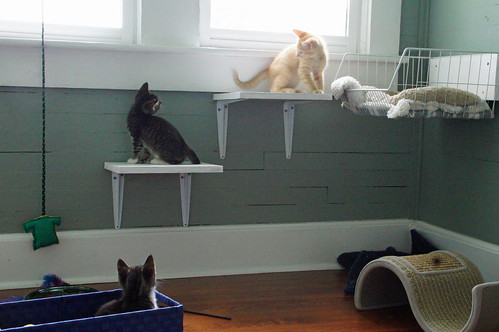 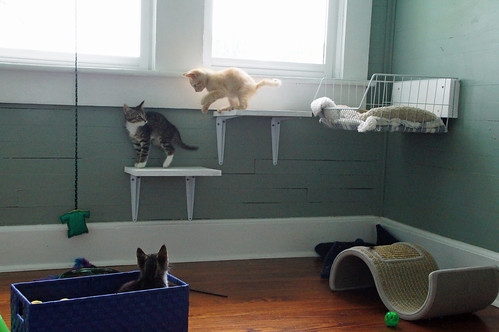 I don’t know what Agata said to Kennebec, but he seemed pretty intent on making her take it back. 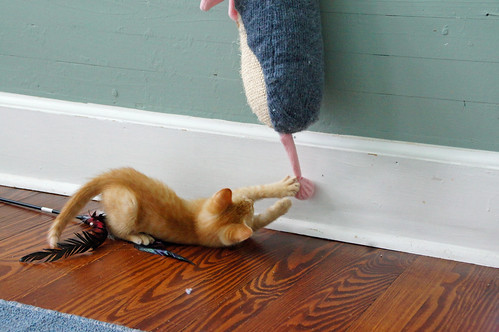 They love batting at this thing. 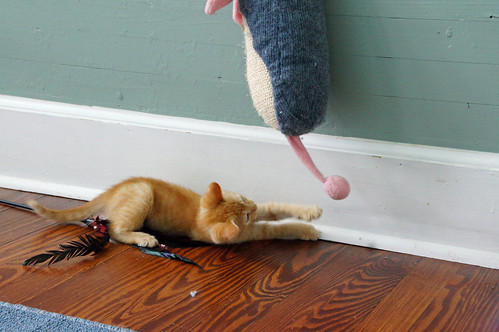 We’ve started letting Norland and Russet have the run of the house, while keeping Kennebec, Agata, and Fianna in the foster room. This isn’t as difficult as it sounds – the three little ones haven’t shown any interest in leaving the room, whereas Norland and Russet are sometimes interested, sometimes not. They appear to like to go back into the foster room at night, then come out for part of the day. 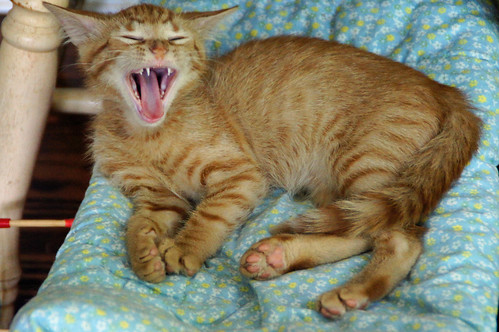 Norland’s pretty sure he’s got the best of both worlds. 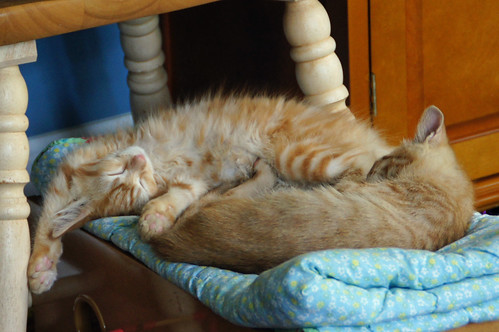 I wish they could relax.

Cicero’s going to be tested today. Y’all keep your fingers crossed that it comes out negative, won’t you? 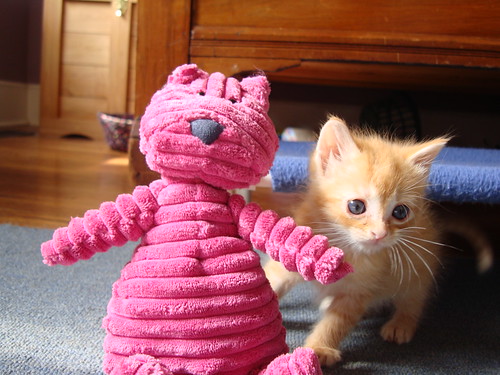 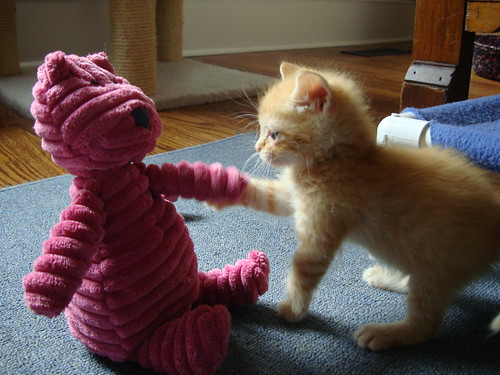 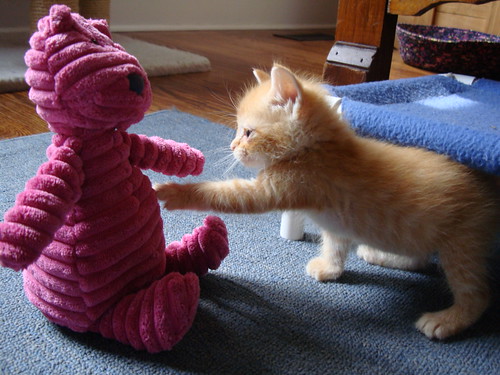 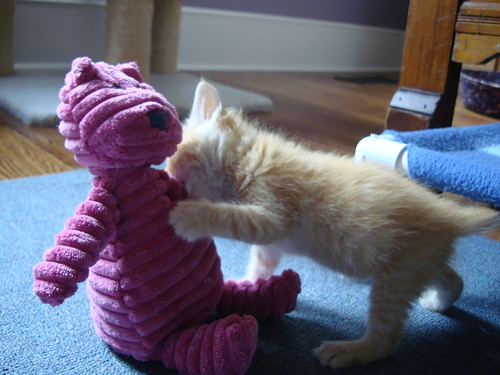 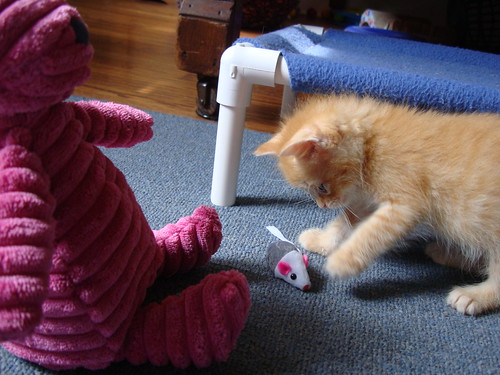 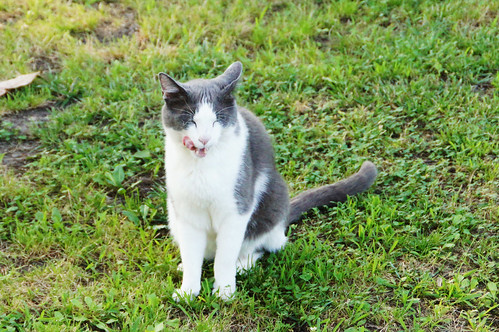 Joe Bob always looks so pleased with himself. 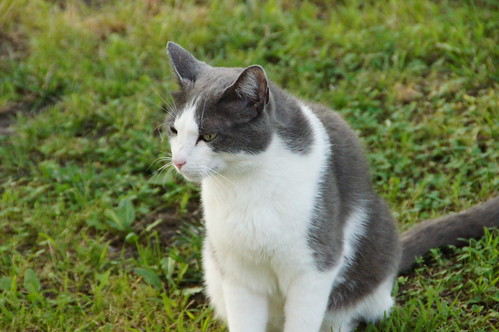