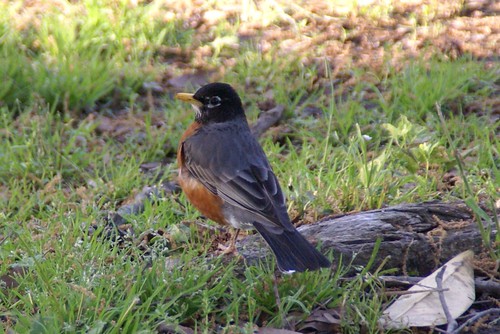 The Robins are everywhere right now. 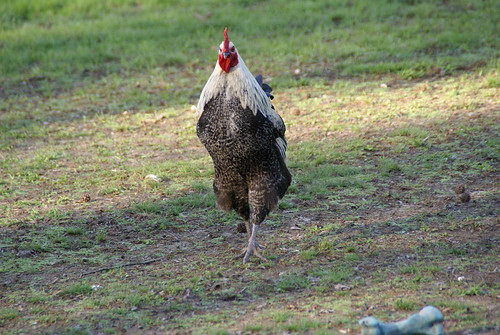 Rooster stomping over to see WHAT in TARNATION is going on. 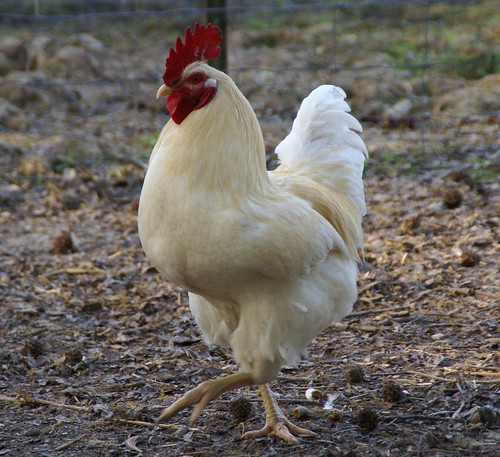 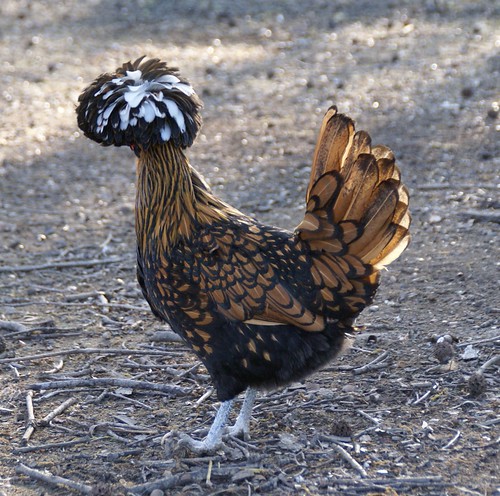 This Golden Polish is by far our prettiest chicken (in my opinion). I love her coloring. She’s a couple of years old now, and her head feathers seem to be slowly turning white. Which just makes her prettier! We call her “the Rock Star.” 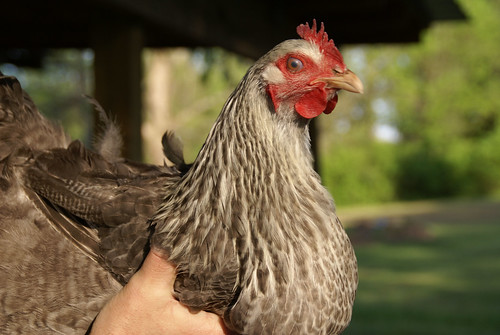 Meredith Grey is appalled at this treatment. 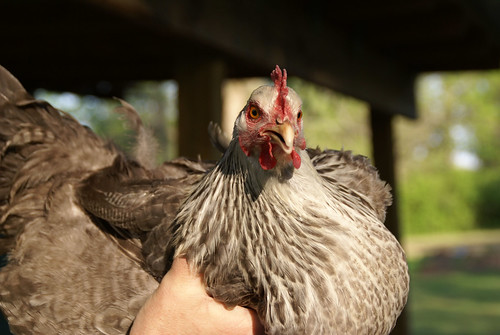 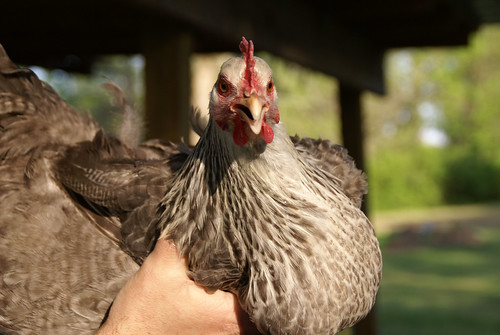 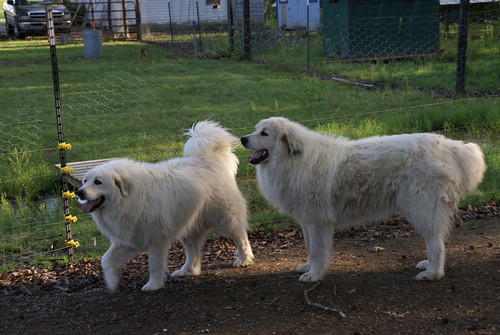 I love to get shots that show how much smaller Gracie is than George. 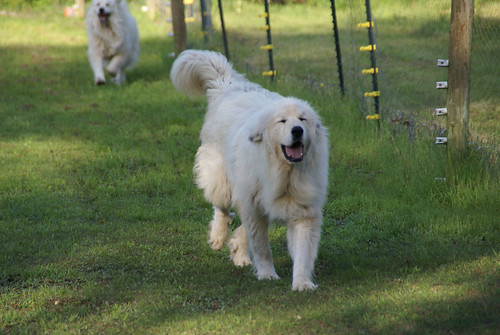 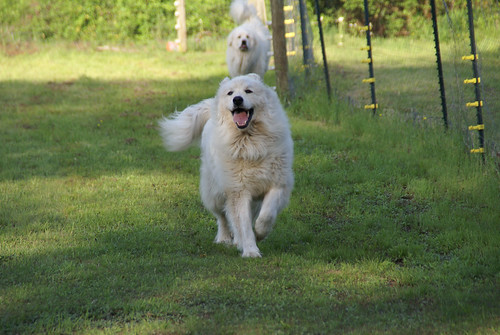 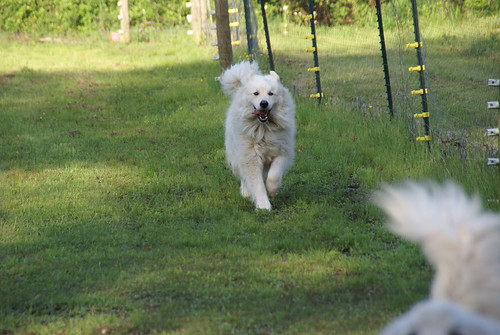 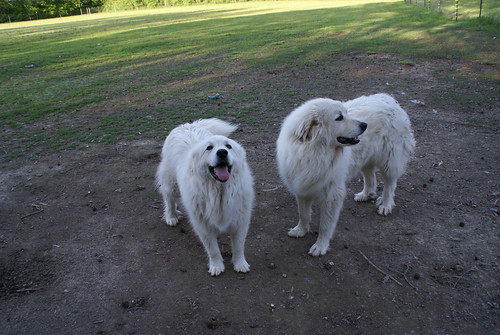 “Pups, look at me! ME! Good, Gracie! Now, George, look at ME, not off in the distance like you’re having deep thoughts. Can’t I get one shot of the two of you BOTH looking at me?” 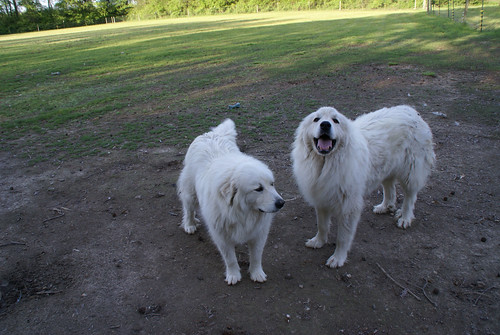 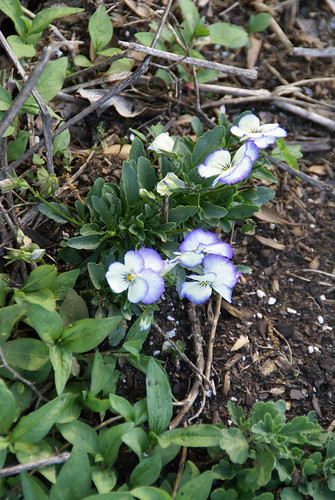 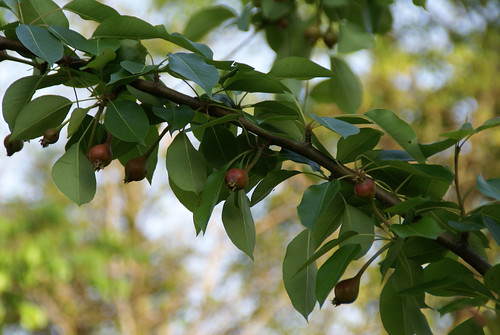 Baby pears. God willing and the creek don’t rise, maybe we’ll actually get some fruit from our fruit trees this year! 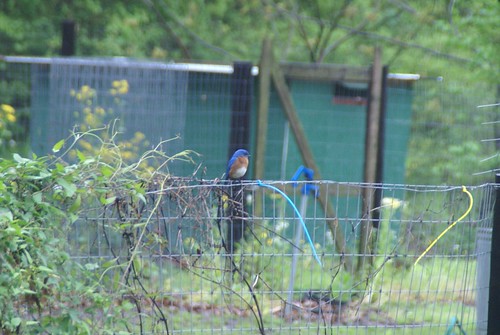 Mister Bluebird likes to hang around the back yard.

You’ll pardon all the pictures of the babies nursing, won’t you? I took, literally, over 100 pictures while this was going on, and it was really hard to whittle them down to the best ones. I could sit and watch baby kittens nurse FOREVER. 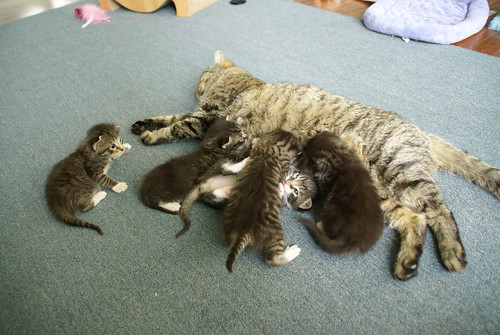 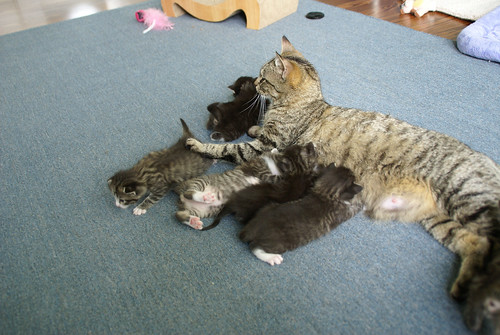 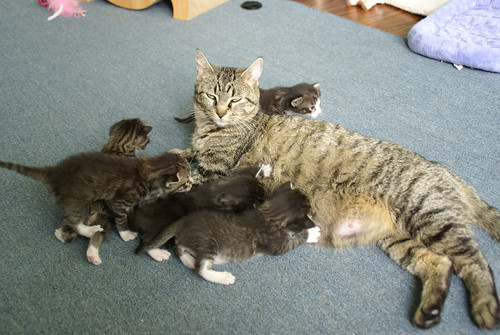 Maggie’s clearly thinking “I blame YOU for this.” What can I say? They get kind of excited when they realize I’ve come into the room! 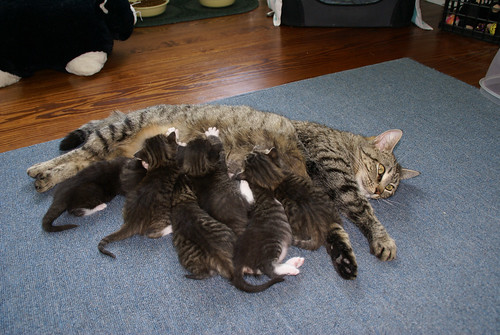 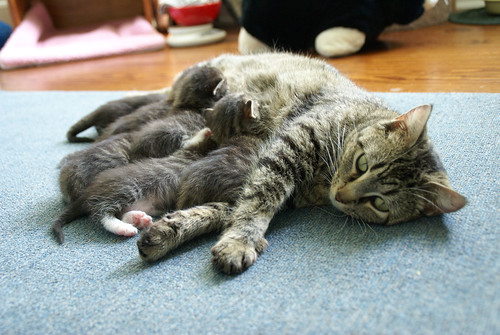 “Seriously, I could use a mani/pedi and a massage.” 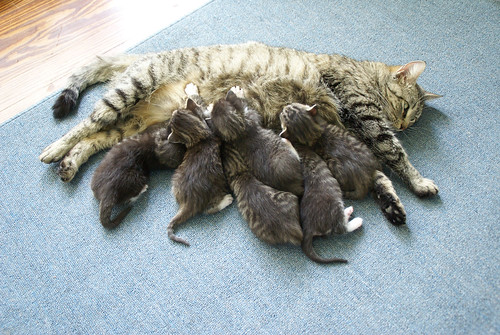 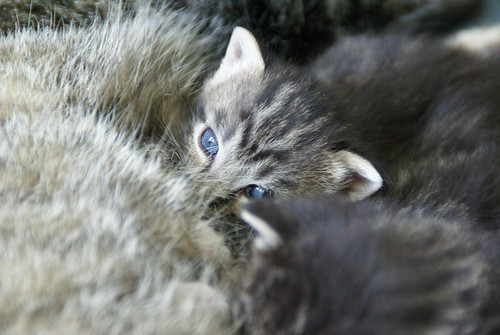 I wish they stayed this little and had those amazing blue eyes forever and ever. 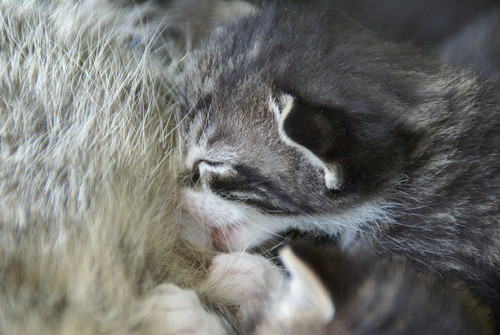 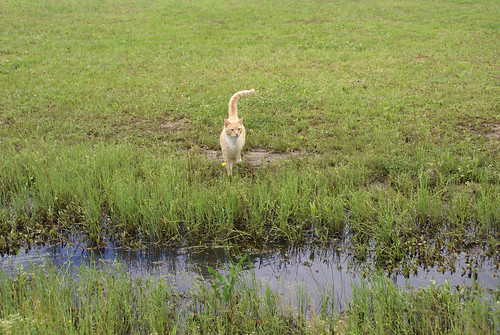 Coltrane’s on the other side of the ditch that separates the back forty from the front part of our property and he doesn’t appreciate having us so far from him. Who’s going to pet him?!

(I’ve mentioned this before, I’m sure, but I have some new readers recently, and wanted to say that the area of our property that I call “The back forty” is about two and a half acres (our entire property is 4 1/2 acres). It’s where the chickens and George and Gracie live (there’s a big chicken coop and at one point Fred actually built a big, solid dog house on the back of the chicken coop, which the dogs refused to use. It’s now the maternity coop. When weather gets bad, the dogs can go into the big coop if they want to. There’s also a rain shelter on the front of the coop. Of course, most of the time they prefer to hang out in the middle of the field. Rain doesn’t bother them.)