Sorry there were no posts over the weekend – I wasn’t feeling like sitting in front of the computer much. Fred and I both developed colds, necessitating that we skip Cat Tales (the Challenger’s House fundraiser) on Friday, which I’d been looking forward to all week. ::pout::

We’re both feeling better – though not completely over it just yet – and hopefully this isn’t going to be one of those colds that drag on and on.

I took four kitten(snuggle)s every three hours, and that’s always the thing that helps the most! Kittens: Nature’s Medicine.

(And don’t worry, Newbery and Darwin and Emmy will get their own days, too!) 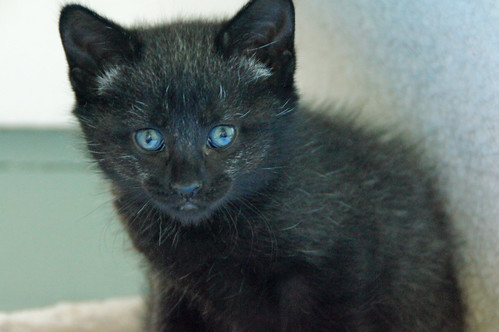 Such a pretty, pretty girl. 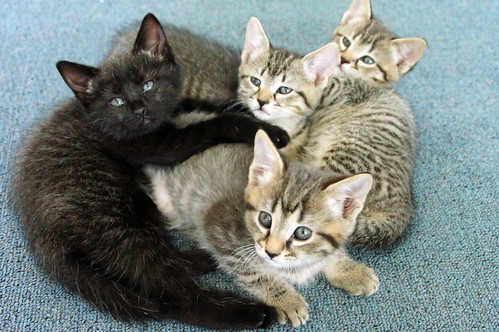 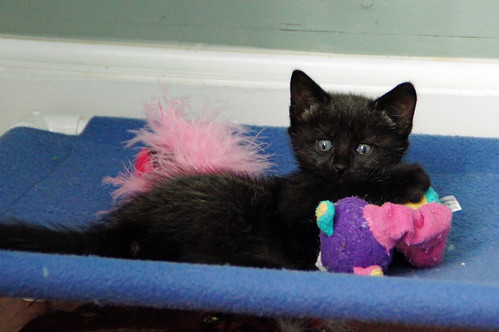 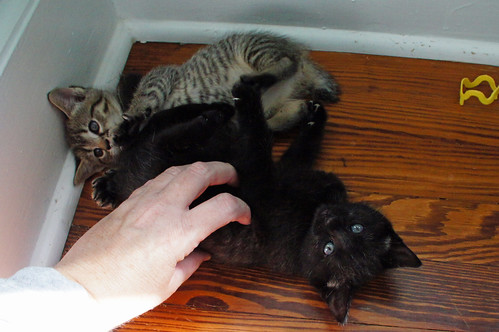 Kickin’ back with Razzie. 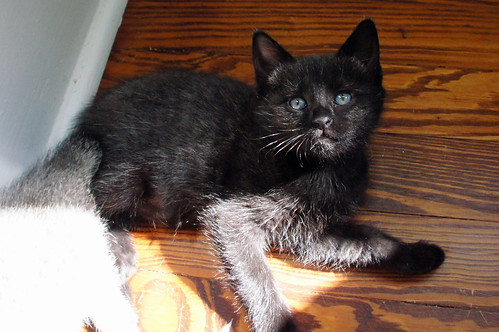 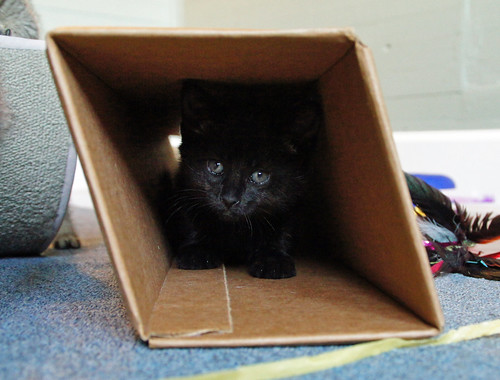 This is the box my Da Bird arrived in. It’s about 4 feet long, and as soon as I saw it, I knew that I had to save it for kittens. They love crawling through it, and it’s plenty big for them. Logie can even turn around in it, though it’s a bit of a tight fit for her when she does that. 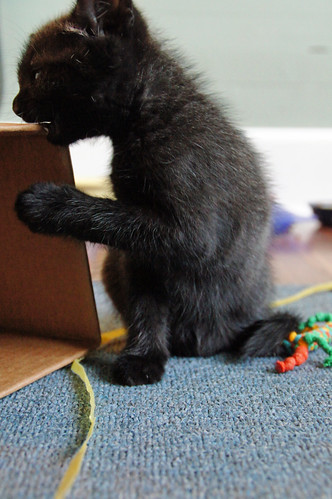 Being a smart girl, Logie knows that cardboard is an important part of her daily diet. 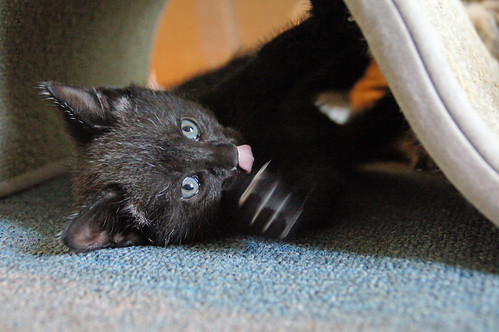 “Bring on the feather teaser!!!” 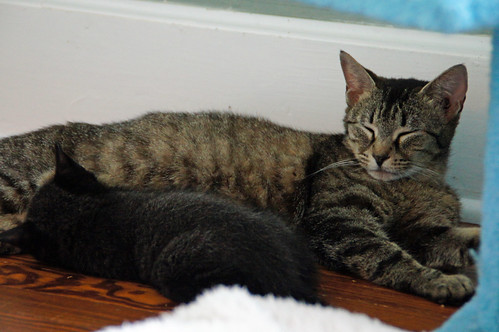 Some one on one time with Mama. Logie’s a mama’s girl. 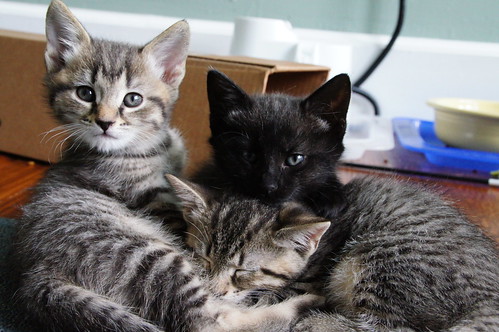 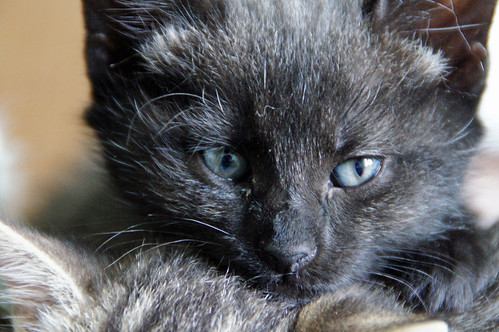 Just SUCH a gorgeous girl. 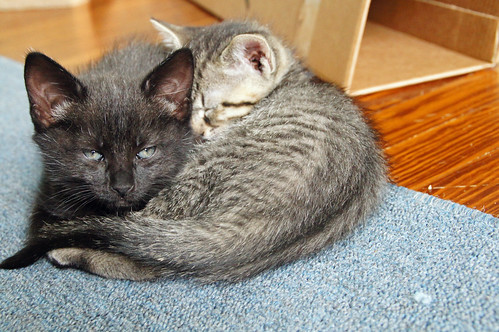 Three out of three siblings agree that Logie’s the best kitten to snuggle with!

It’s funny that back when she was a baby, I was dead certain that Logie was going to be the drama princess of the bunch because she would freak OUT when I’d touch her. But as she’s gotten a bit older, it turns out that she’s the least drama-filled kitten. She’s more than happy to sit still and let me touch her, she’ll let me kiss her (well, not for too long – there’s stuff to DO, y’all), she’s just a sweet, laid-back girl. All her siblings think she’s the bee’s knees, and while the other three will occasionally go off by themselves to get some quiet time, Logie’s always got at least one other sibling curled up with her.

The other night, I had to leave the foster room to get water to add to their water fountain. Logie ran alongside me, all “Where ya going? Whatcha doing? Can I come too?!” So I picked her up and took her into the bathroom with me, and she was nervous (especially when the water was running), but she was mostly okay. Well, until we got back into the room and she reached her limit, and she climbed up onto my head and started yowling. Emmy came toward me with the “I am going to KILL YOU” eyes, and I quickly put Logie back down on the floor. Logie shook it off and then said “Hey, that was fun. Guys, guess what I got to do!” 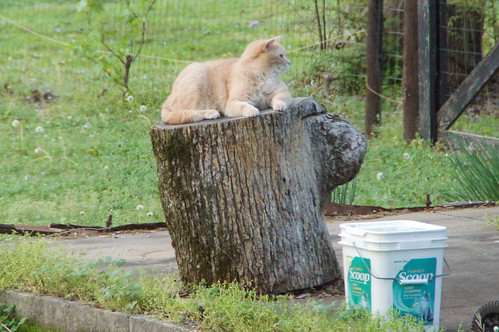 Newt on the stump on the cement patio. (That litter container actually has charcoal in it, not litter. Just so you know.) 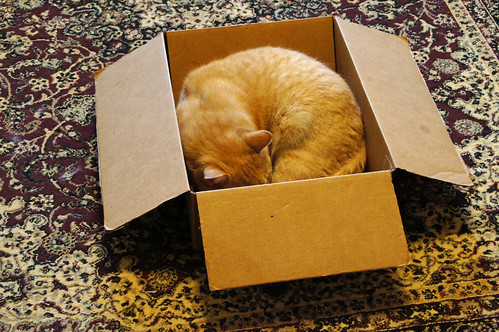 Uh oh. That’s Newt in Corbie’s box. I hope Corbie doesn’t come along and see someone in HIS safe space!