Kennebec/Lunk, Batman, and Robin are all now at Petsmart. They were fine, though of course they didn’t love going back into the cages. Let me tell y’all, that Lunk has got some LUNGS on him. I’m not sure my ears could take another car trip with him, so he just better get himself adopted ASAP.

Pics from before they went off to Petsmart. Gosh, I sure wish they got along with other cats… 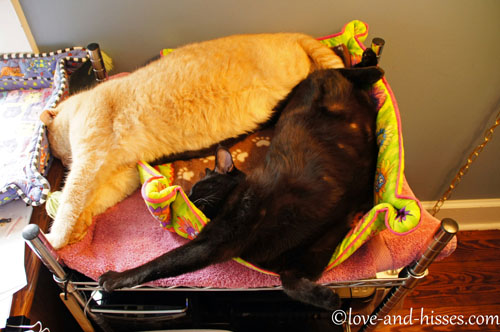 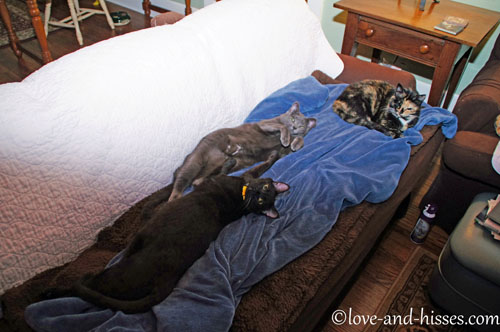 Robin and Jake, snuggling, while Miz Poo looks on in disgust. 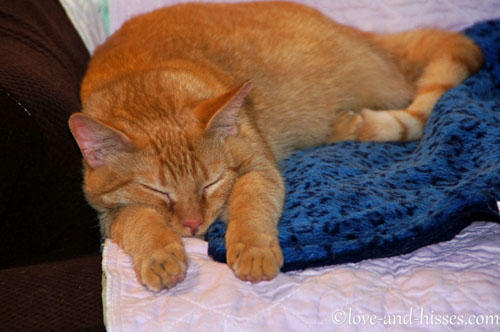 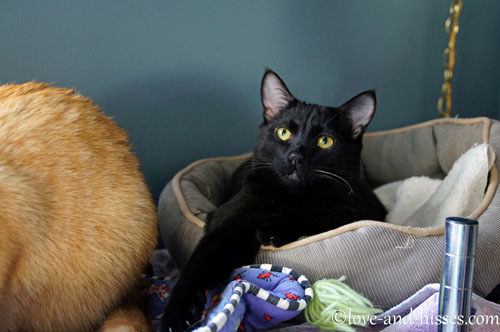 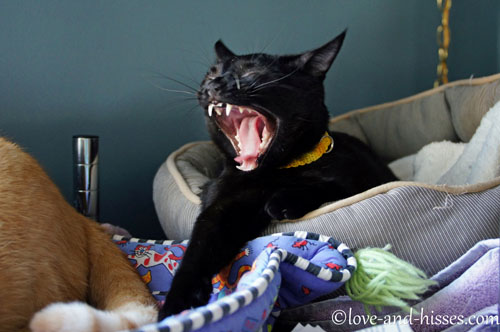 And having funny thoughts. 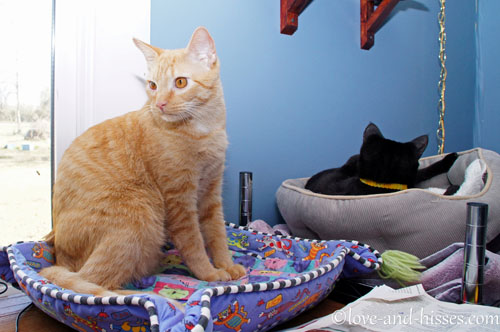 Lunk, afraid to look at Robin, lest the crazy rub off. 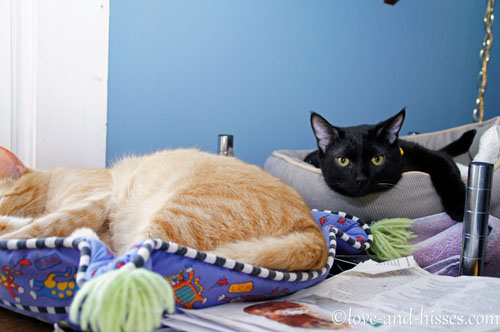 A couple of people asked what color Kate is. She’s black, with a lovely dark-brown undercoat. She has a smattering of white hairs on her chest, and other isolated white hairs in other places, but no other colors on her. On one hand, a litter of medium-hair black kittens would be just OH so cute, wouldn’t they? On the other hand, black cats take so long to be adopted sometimes, that I hope they aren’t all black. But then again, medium-hairs tend to get adopted faster (don’t they? I feel like they do…).

One thing I do know, though: I have zero control over the color that her kittens are, so I’ll take what she gives me and I’ll be grateful! 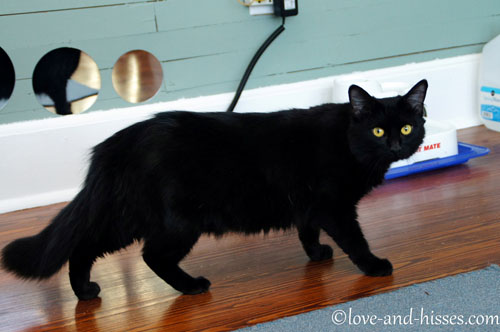 “You’re darn tootin’ you will, lady!” 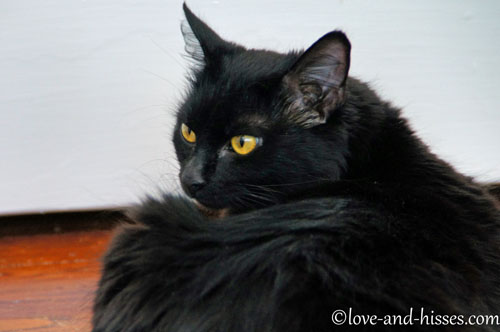 “In fact, just because you seem worried that I might have a litter of black kittens that you won’t be able to tell apart, I’ve decided that that’s exactly what I’ll do. SO THERE.” 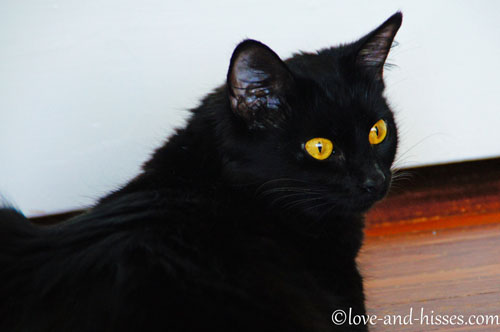 Oh, she is just so beautiful!

When I first saw Kate, I thought that she looked very much like our late Mr. Fancypants (side note: I cannot believe it’s been 10 years!) But I looked at a few of his pictures, and I think she doesn’t really look that much like him, aside from the long, dark fur. 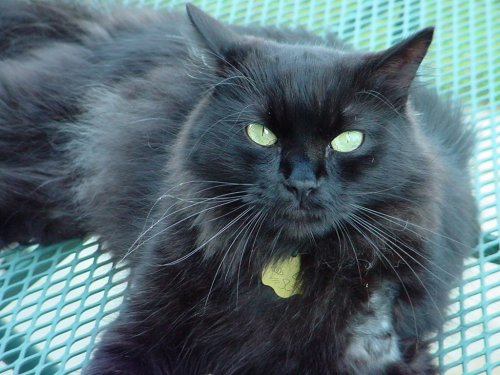 His fur was longer, his eyes were green, and to be honest, much as I loved him, he was kind of a jerk.

So – no babies yet, but Fred swore last night that he could feel a kitten’s head in there. Also, nipple report: I dug through her fur for you weirdos, and can report that they are a lovely rosy pink color. No milk sacs forming yet, but they aren’t the almost white color that Lilybet’s were.

Also, another point in the “this cat must be pregnant” column: she likes me, but she lurrrrrrrrves Fred. All pregnant kitties lurrrrrrrve Fred (well, Emmy didn’t, but she certainly tolerated him more than she tolerated me!)

At the age of 12 1/2, Miz Poo – who has never ever ever been a climber – has suddenly decided she wants to be on top of the kitchen cabinets. She loves to sit there and snoopervise the goings-on. I don’t know why she’s suddenly a tree dweller instead of a bush dweller, but whatever she wants to do is fine with me. She’s just so proud of herself, I love seeing her up there. 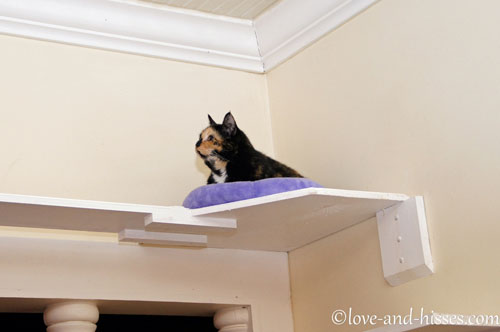