On Saturday, I got word that this had happened: This leaves Livia and Tricki at Petsmart, waiting for their families to come along and find them. I sure wish they’d hurry up already!

In case you missed it, there was a post on Saturday with updates on Norbie AND Hook (formerly Puff) and Flynn (formerly Kohle) AND Tony (Soprano)! 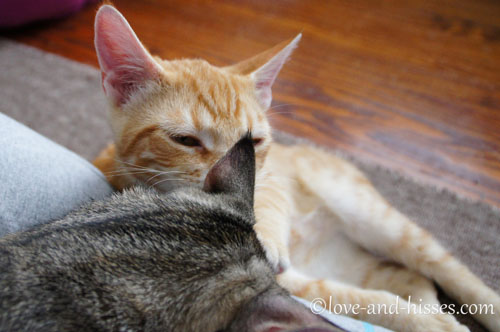 It’s kind of hard to tell from this picture, but that was Maria sitting in my lap while Ferdinand vigorously cleaned her ear. She was purring like crazy. 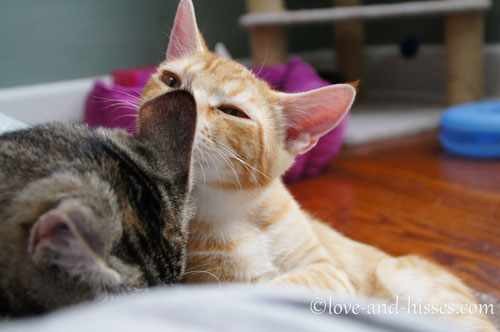 He’s a licky boy, that Ferdinand. 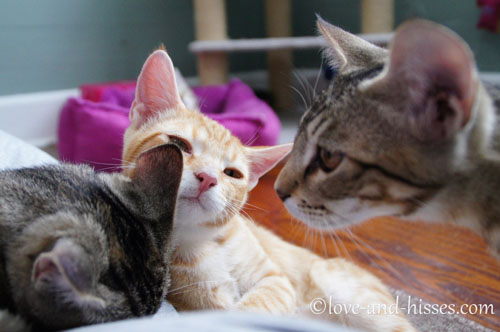 And then Orlando came along and was all “WHAT GOIN’ ON HERE?!” (That look on Ferdinand’s face is KILLING. ME. DEAD.) 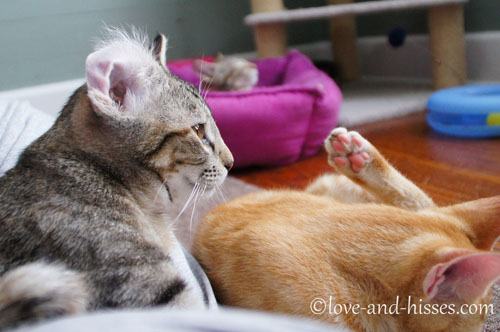 Ferdinand turned his attention to other things, while Maria tried to figure out why her ear felt weird. 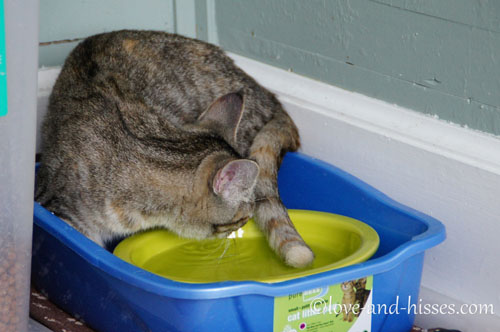 I don’t know if they’re swimmers or because they’re so wild when they get to running around the room (and possibly knock the water bowl over during their shenaningans), but it got to the point where every time I walked into the foster room, the water bowl was empty, and there was a lake of water on the floor. So I set the bowl in a small (never-used) litter box so that if the bowl got knocked over, the water would at least be contained. I had no idea that Maria actually climbs INTO the box to drink from the bowl. I do know that most mornings most of the water is in the litter box. Crazy kittens. 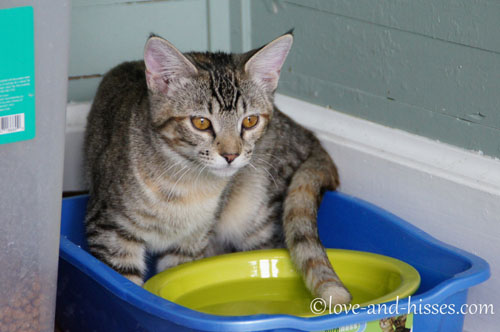 “Why does my tail feel WET?” This would probably explain why there’s always so much cat hair in the water bowl. 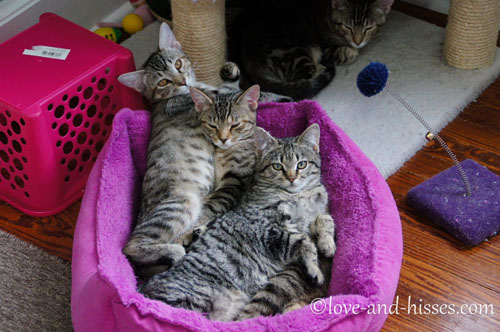 Have you ever seen such smug little faces? 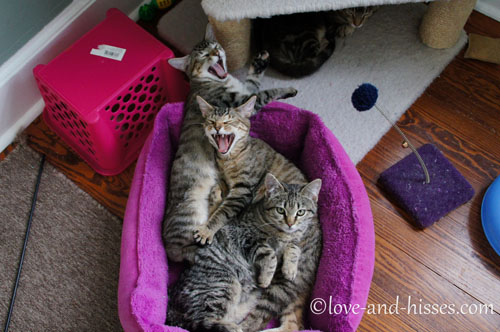 That’s Dennis, all snuggled up with (I think) Maria and Mariette. 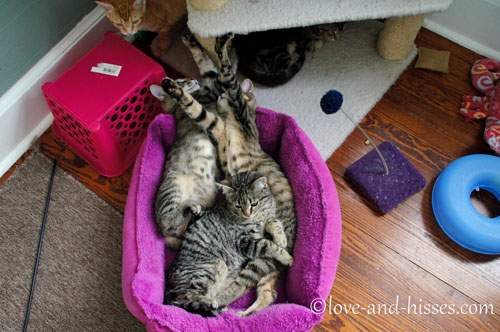 A rough life, is what it is. 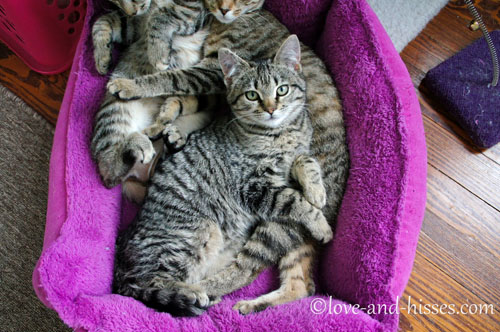 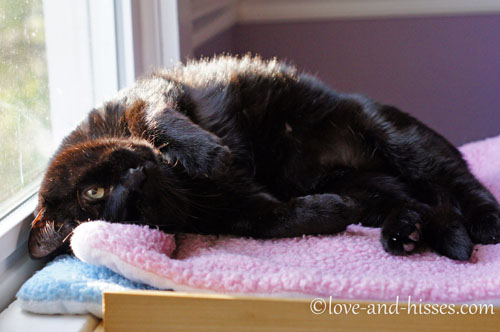