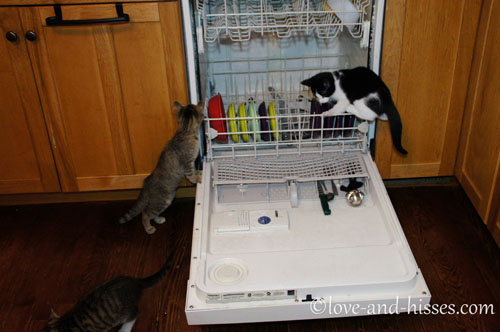 Uh oh. Someone call the exterminator! We’ve got another kitten infestation in the dishwasher. 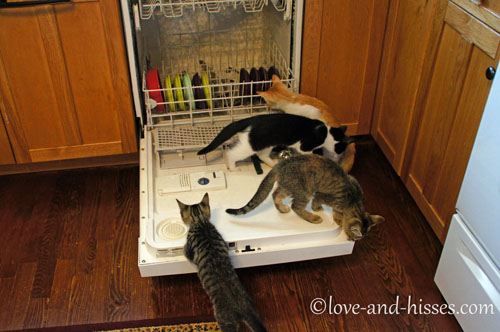 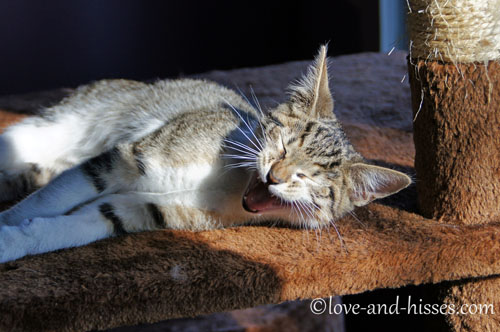 Being in the sun makes Silvio goofy. 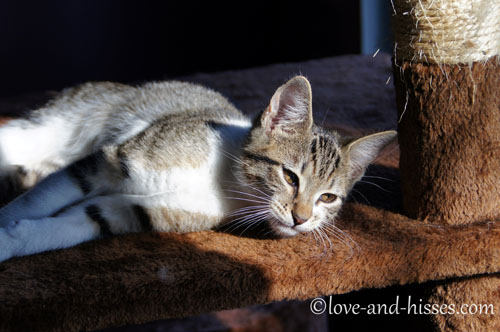 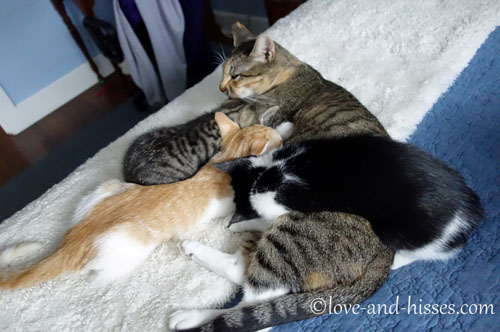 One of the last nursing sessions for those babies. I know they miss this – I’m not sure she does, though! 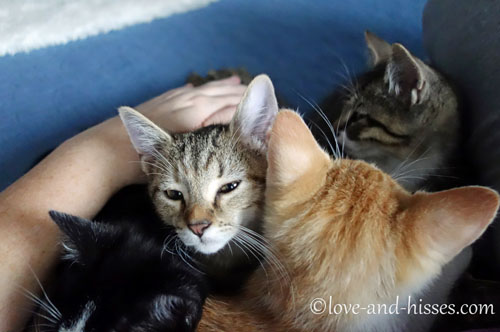 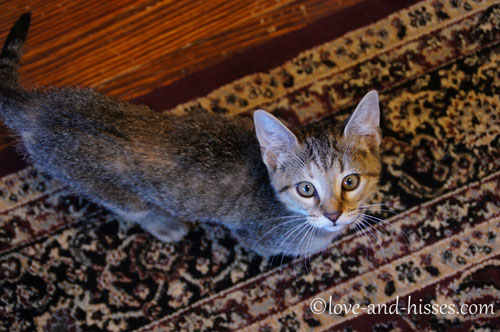 Carmela is wondering if it might be time for a snack. 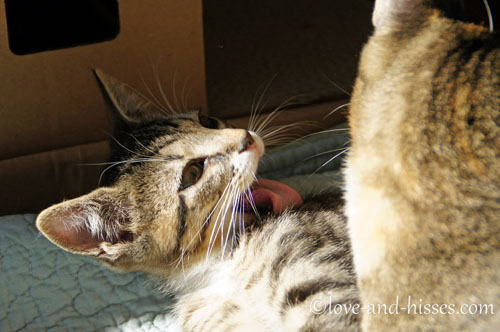 Bath time for Tony. First he washes himself… 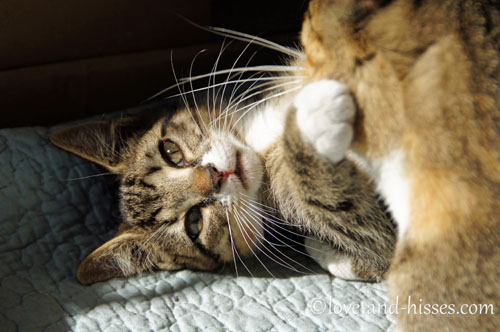 Then Mama helped out. 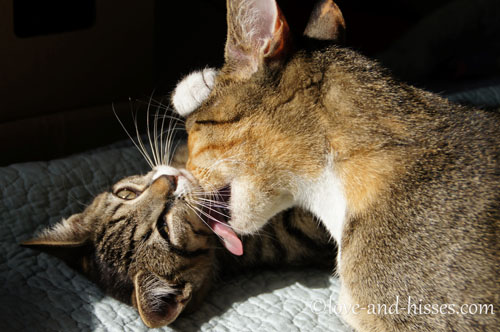 I hope the little monsters will be able to keep clean on their own.

Livia didn’t get herself adopted over the weekend, unfortunately. At least she adapted pretty well to being in the cage (I think I mentioned that when I put her in the cage Friday night she curled up in the cat bed and “talked” to people who walked by.), and I’ll be in the area later this week, so will stop by and visit with her. I’m sure she’ll be adopted quickly – who could resist her sweet, goofy self?

The kittens have adjusted to her absence pretty well. They’ve all become more vocal, especially Adriana, who always has SOMEthing to say. Melfi is definitely feeling better, judging by the way she raced around here this weekend like a wild thing. They’re all spending pretty much their entire days downstairs now, either on the cat beds on my desk, or in the front room. It was a wild, super fun weekend, that’s for sure. If I could bottle just a tiny bit of their energy, I’d be taking over the world in no time. 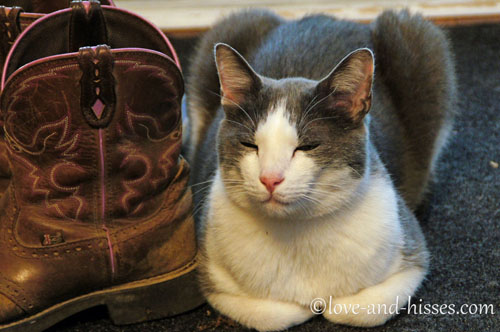 I have no idea why, but Joe Bob just ADORES hanging out nestled up to either my boots or Fred’s sneakers. And he always looks so HAPPY while he’s doing it!