When I was in Myrtle Beach, I happened to go through the picture and video album on my iPod Touch and found some faces I hadn’t seen in a while. They’re not terribly old – the oldest is from maybe the end of December – but they made me smile, so I’m sharing them with you.

Also, keep in mind that the pictures were taken with the iPod Touch camera, so they’re not that great. 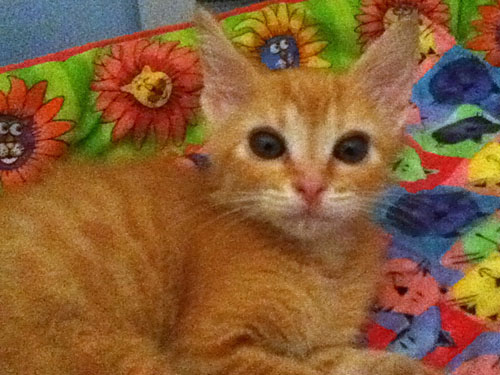 Awwwww, Stompers! (Kristyn, we’d love to hear how he’s doing when you get a chance!) 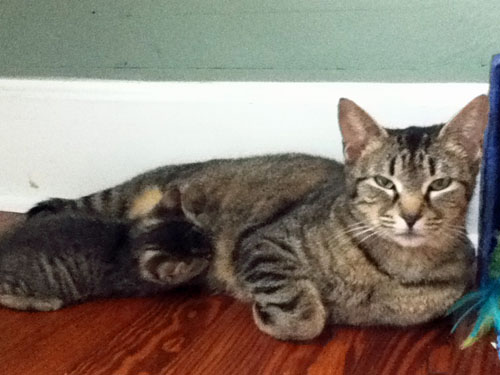 Emmy and one of the Noms. I’m not sure what Emmy’s thinking here, but I bet it’s not nice. 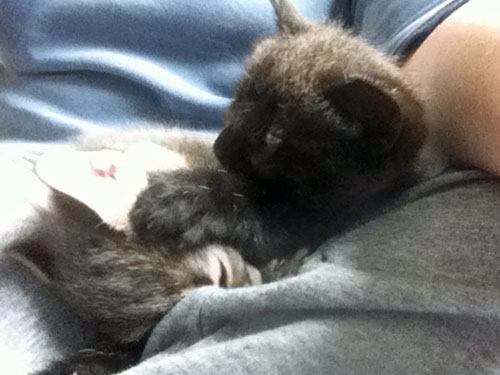 Logie and Newbery in my lap. 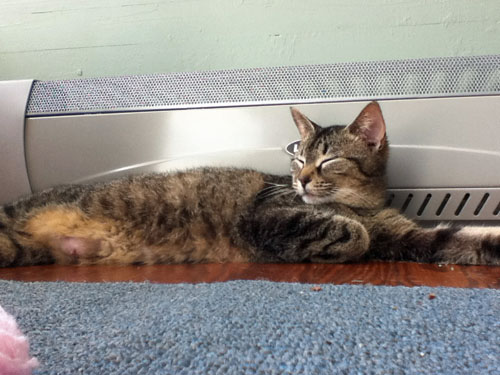 Emmy, hanging out by the heater. 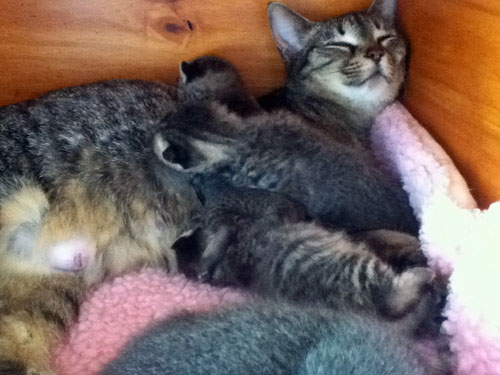 Emmy and the bitty Noms. 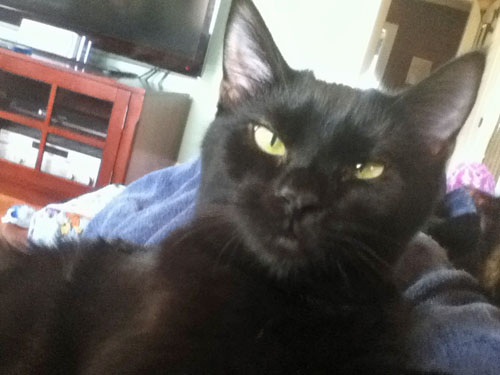 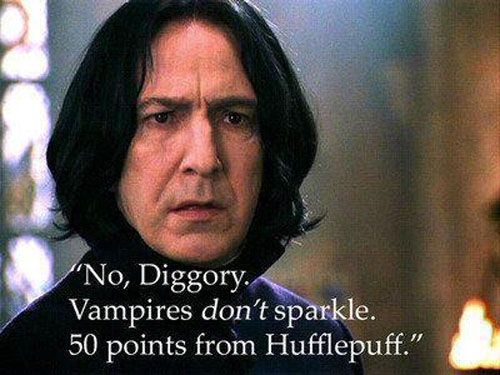 Obviously not a picture I took; I must have saved it to my album so I could send it to Fred. It makes me laugh. 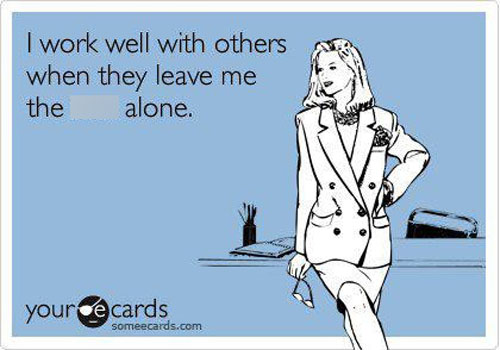 Another one I saved to send to Fred, because this is SO something he’d say (edited, obviously, to remain family-friendly!) 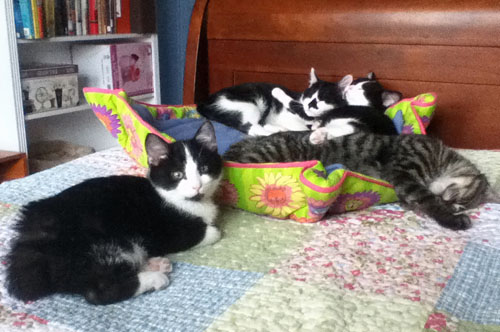 Then some Noms video. Emmy and the babies in the first bit, one of the babies rolling around being adorable in the second part, and in the last part? Emmy playing (bet you didn’t know she ever did that.)

Lastly, I used the Talkin’ Tom app on my iPod to record another snackin’ song. Because there can never be too many of those!

(Also off the iPod Touch.) 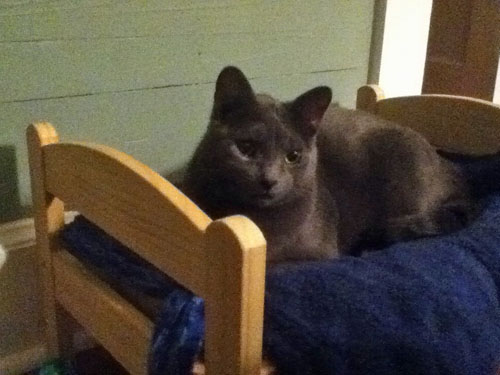 Loony Jake, snoozing on the doll bed in the foster room. 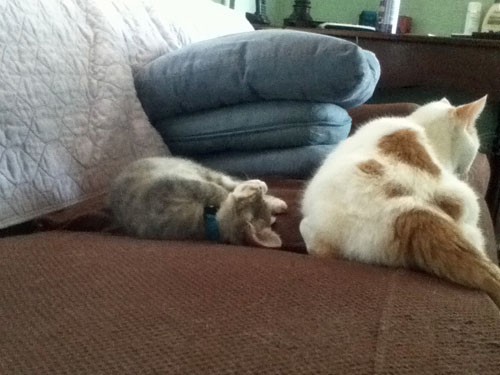 Obviously fairly recent – Percy loves him some Spanky. Spanky does not feel the same about Percy.