Mercury was part of a group of outside cats who were being fed by a family. Unfortunately, the people (who were renting) moved, and the landlord said that they had to take the cats with them. They couldn’t, and so area rescues stepped up to help.

Mercury came to us, hugely pregnant, on August 7, 2017. She had been in foster at Teresa’s house for over a week, and we expected her to give birth at any moment, but she waited and waited. Since she and her kittens were ultimately going to be coming to us, we opted to go ahead and move her here. Two days after I brought her home, I walked in to find that she’d had six little kittens in the early hours of the morning. At one day old, the smallest of her kittens – Kepler – faded away despite everything we tried. Two weeks later we brought a little orphaned kitten – a girl we named Skylab – home in hopes that Mercury would allow her to join the litter. Mercury was willing to mother Skylab, but unfortunately Skylab was too small and had been away from her mother for too long before we got her, and after a long night in the foster room, she passed away. A week after that, we brought home Sigma, who had been fostered by Brittany for about a week. After spending a day at the vet, Sigma started to go downhill and Brittany was worried. I brought Sigma home with the intention of introducing her to Mercury (but knowing that I might be in for a few weeks of bottle feeding.) Mercury had no interest in taking the little orphan on, and although she ate for me, Sigma only lasted with us for a few hours before passing on.

Phoenix was adopted and went straight from here to her new home on November 6th. She joins Amber (who was our foster Ambercup from the Squash Bugs back in 2015).

Stardust was adopted on November 14th!

Mercury was adopted and went to Chattanooga, Tennessee! She is now Macy.

Edited to add: Stardust was unfortunately returned on February 18, 2018. BUT just a few weeks later she was adopted again and went to join her sister Phoenix!

You can see all the pictures taken of Mercury and her Missions here at Flickr, or scroll through them below. 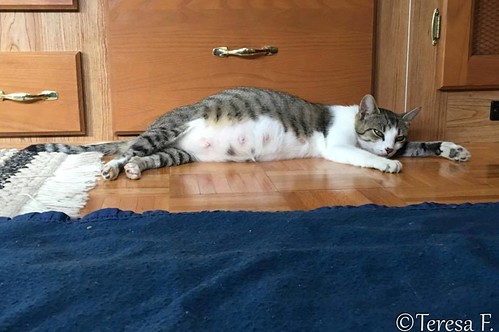