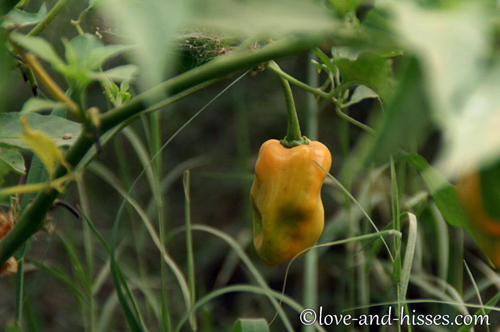 Habanero. We have a ton of these. 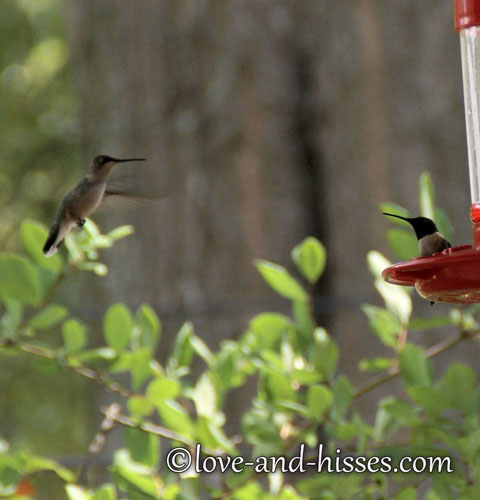 Flitting in line at the feeder. 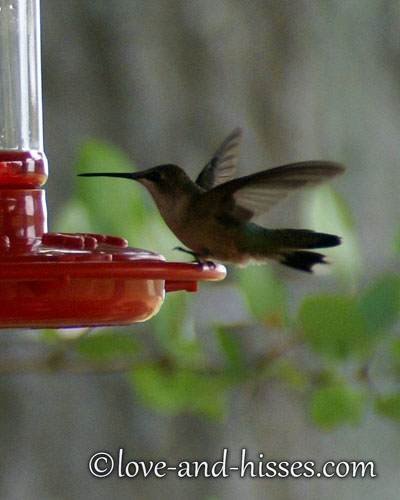 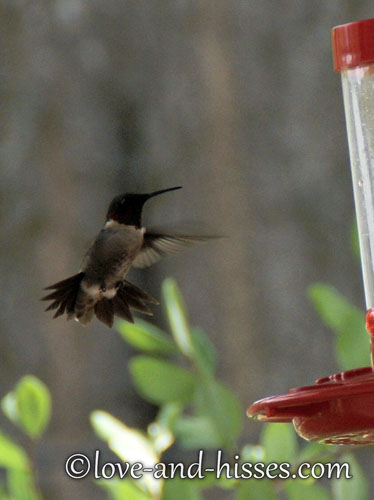 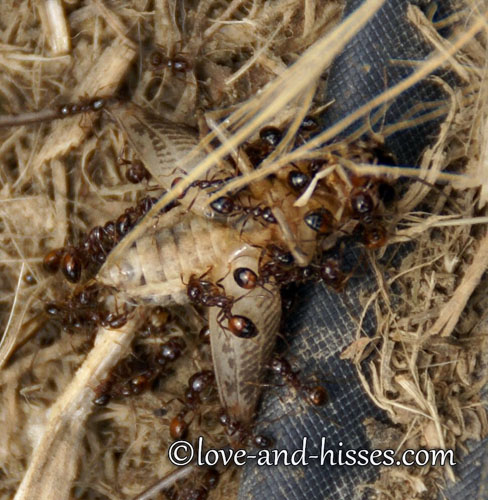 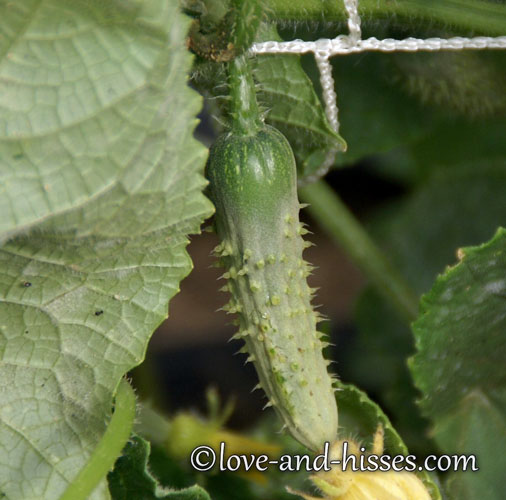 Baby cucumber from our second planting. 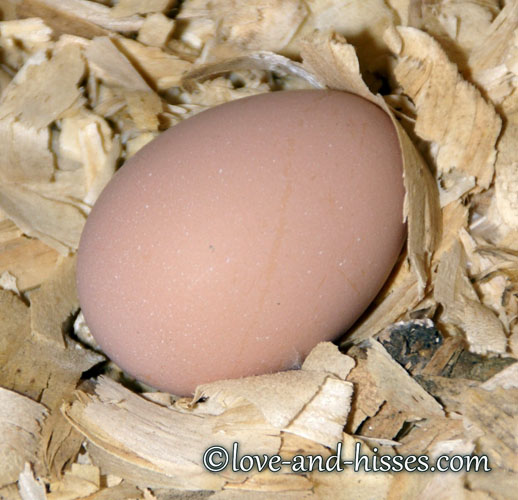 Egg, minutes from the source. 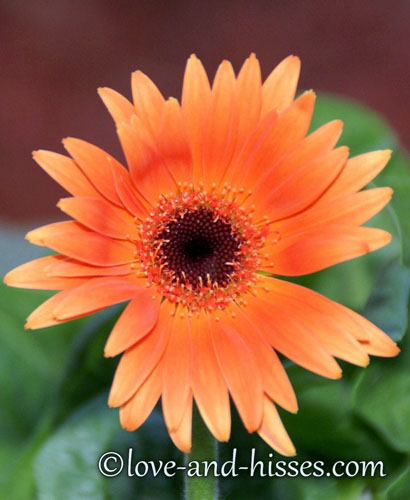 Gerbera daisy, on the front porch. 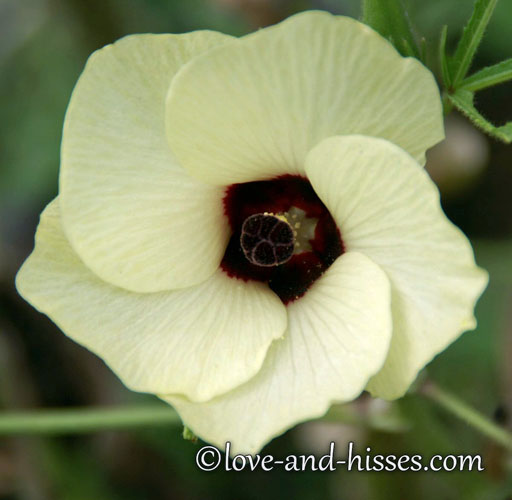 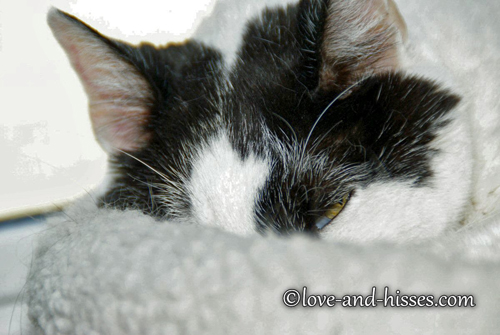 Spot, trying to sleep if the crazy lady with the camera would go away. 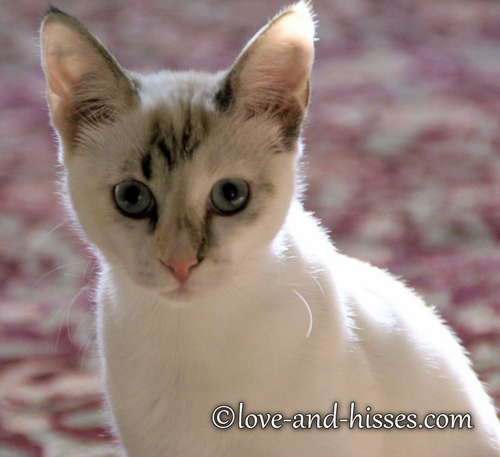 Stinkerbelle, wondering whether she should flee, or flop over on her side. I told Nance yesterday that Fred spends so much time talking about how gorgeous Stinkerbelle is, that I feel like he’s having a midlife crisis, only instead of dumping me for a younger, prettier model, he brought The Other Woman to live in my house. I suppose I’m lucky that if I had to, I could take her in a fight. I think. She might be one of those dirty fighters, though. 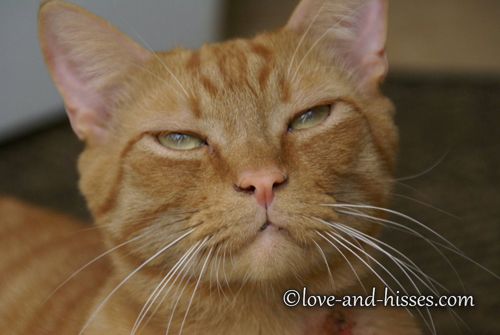 Yesterday I thought for sure that I’d lost Sugarbutt. I couldn’t find him anywhere in the house, and repeated calling didn’t bring him running (well, sauntering. He MOSEYS when you call for him, unless it’s snack time, then he’s The Flash), so I got all worried, because I’ve been leaving his collar off so it wouldn’t rub on his neck, and the other day he tried climbing the fence (other cats might try climbing the wood poles of the fence. Not our Sugarbutt – he was climbing the wire part of the fence and having a time of it, too), so we started putting his collar on him, but yesterday I’d left it off. Finally, despite the fact that it was raining, I looked in the back yard, and in the corner, there’s a spot that is sheltered by many tree branches. Sugarbutt was laying there, watching the rain. Brat.