“Hallllp!” I’d feel sorrier for #Cypress, but he totally started it. #Spruce #Spruce is keepin’ an eye on you from up high. Laying in the square scratcher playing with a toy made of dog fur, as you do. #Juniper

YouTube link
The best part of a collapsible cube: collapsing it and playing on top of it! #Juniper #Cypress #Spruce #Hemlock #Spruce, greeting #UncleStefan. If you’re looking for a kitten who loves other cats, Spruce is your mancat! Need someone to keep an eye on the food for you? #Cypress is the man for the job! “Will the track toy fit in my bag? We might need a bigger bag for my toys, lady.” #Spruce #TBT The #SquashBugs from almost a year ago. One of my favorite pictures EVER. Oh, the drama. #Zuke #Calabash #Pattypan (Ambercup was in my lap being bottle-fed and the other three were pretty sure they were going to starrrrve.)

YouTube link
Need a kitten who’ll put up with being bunny-kicked in the head for far longer than you’d expect? Sweet, tolerant #Cypress is your man! Just dropped #Spruce and his brother off at Petsmart. My least favorite part of fostering. 🙁 A last shot of #Cypress before I took him to Petsmart with his brother. Those two are an awesome pair, I hope they go home fast! Fingers crossed.

YouTube link
#Hemlock starts off his day with a little chewing, a little #bunnykicking. 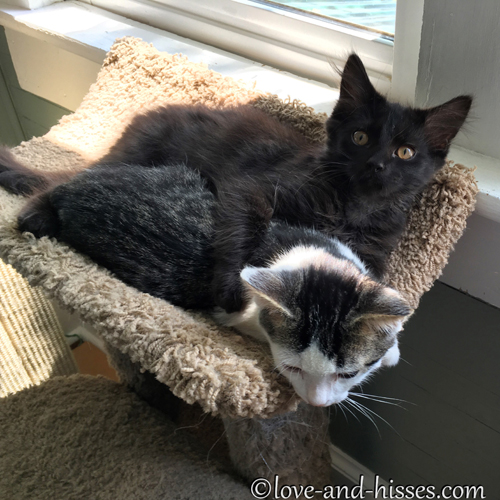 I love the way #Privet is hugging #Hemlock. She’s such a sweet girl. 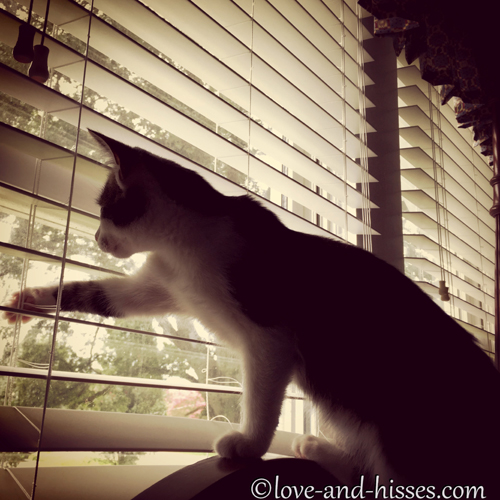 Gave the kittens the run of the upstairs, and #Hemlock wasted no time in getting his #Kravitz on. #AbnerYouWontBelieveWhatTheyreDoingNow 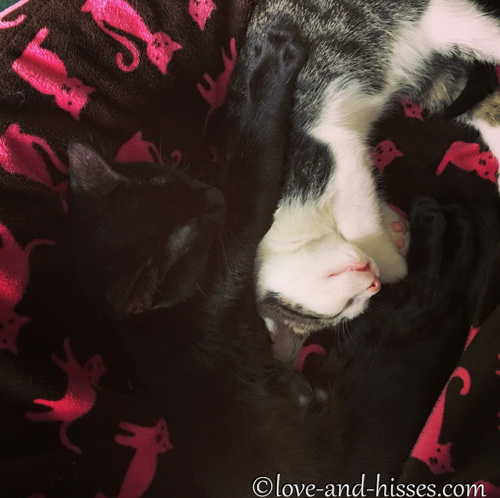 And now we nap. #Hemlock #Juniper 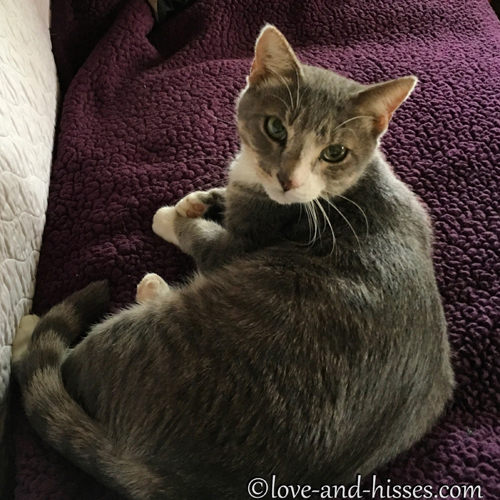 Yesterday afternoon, Fred said “Has it been a while since we had to take a cat to the vet?” I said “Yes, but Alice has her yearly exam next week.” Archie said “Oh, did you have some extra money you wanted to get rid of? I can help you with that!” And immediately started walking around on three legs. A drained abscess and $300 later, he’s recovering on the couch. #ArchieIsHelpful