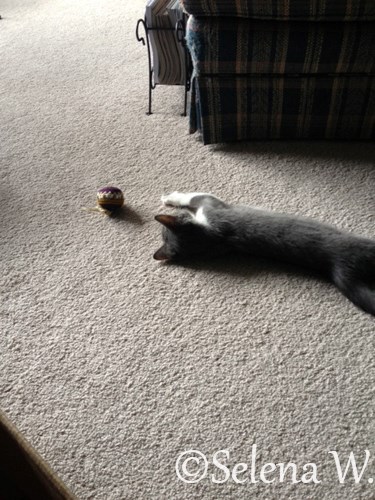 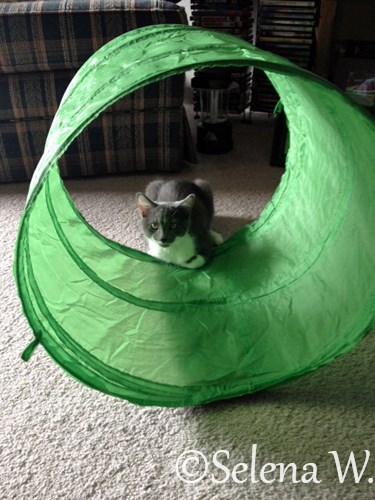 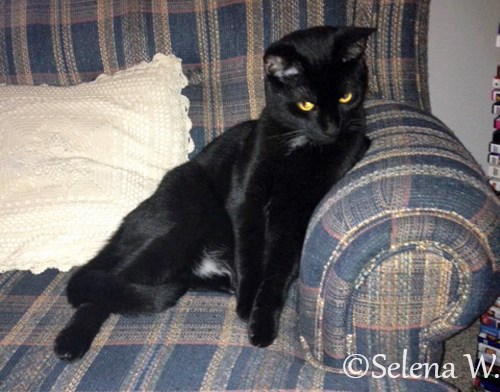 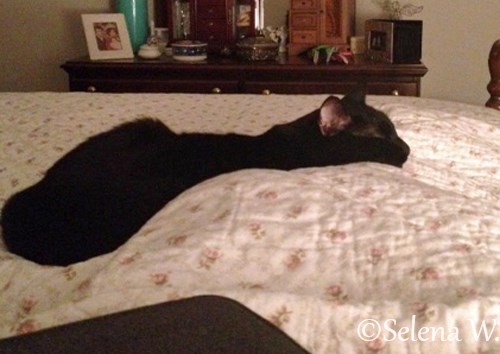 The SWEETest video of Puff taking a bath:

And this is what was going on yesterday morning while Selena was getting ready for work! Lots of annoyed looks, but no hissing. I think Puff is learning the skill of being the bratty little brother. 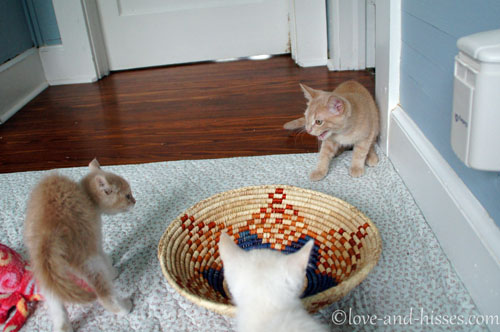 Look at Scorch, getting all hissy with the babies. 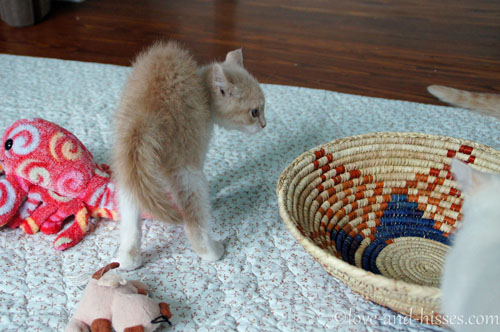 Hodor does not take kindly to hissing Dragons. 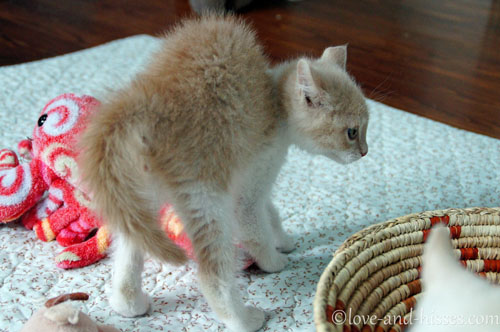 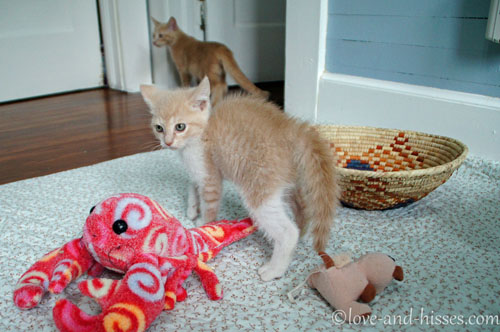 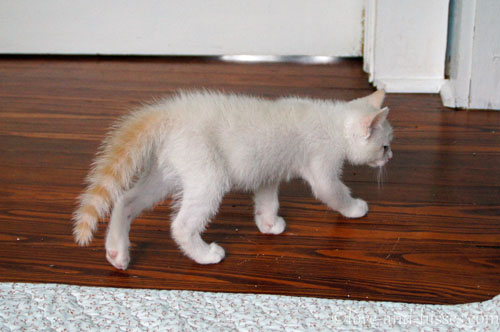 Wearing his Stranger Danger Floof, Jon Snow follows Scorch into the closet (where the litter boxes are kept.) 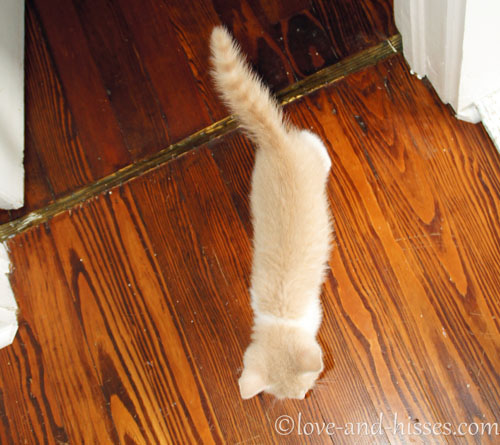 A shot of Hodor’s Floof Suit from above. 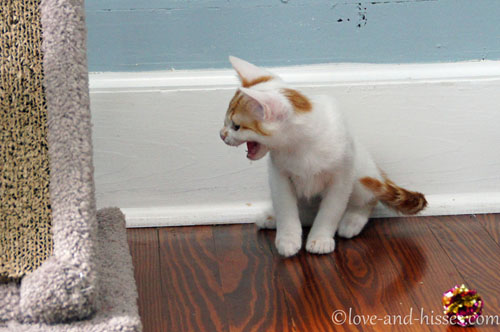 Scorch was evicted from the premises for being a big ol’ Drama Queen, and in came Ember. Who immediately took up the Drama Queen mantel. Hodor was hiding behind the cat tree, and Ember did not care for that sort of behavior. 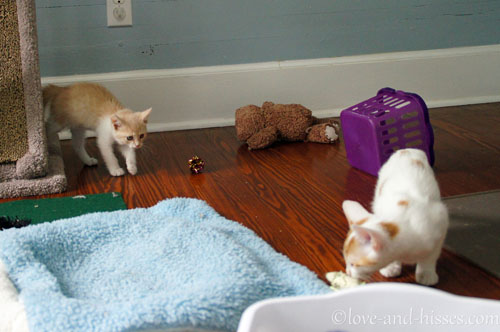 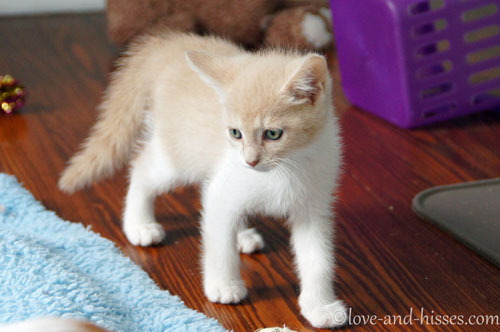 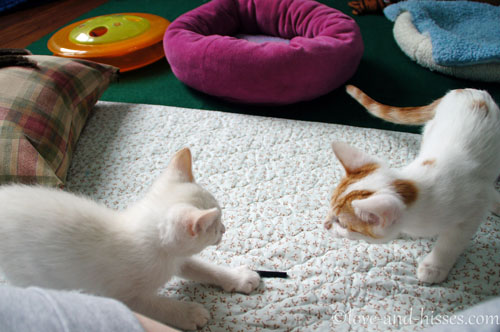 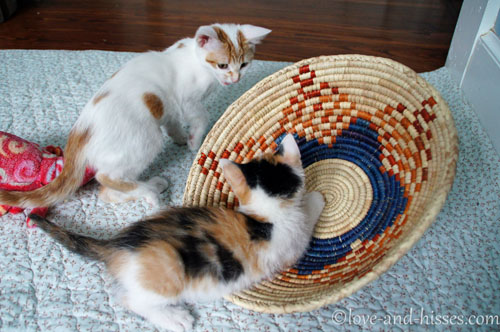 Arya was minding her own beeswax, hanging out with her basket, and along came Ember, hissing at her. 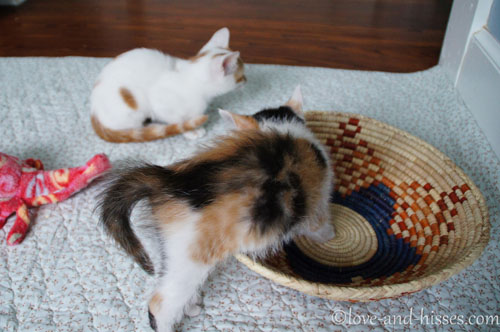 Arya said “I CAN FLOOF UP TOO, AND YOU ARE MEAN.” 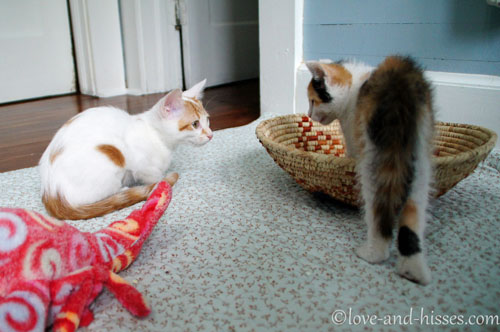 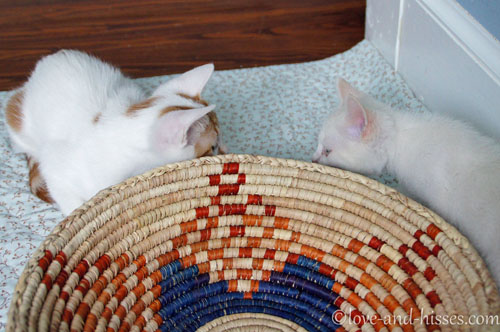 Jon Snow said “Garsh, you are pretty, and I like me a Wildling ladycat who’s been kissed by fire.” 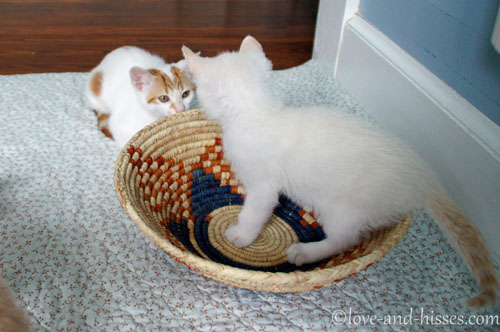 “I can stand in my basket! Aren’t you impressed, pretty ladycat?”
“You know nothing about impressing ladycats, Jon Snow. Though I’ve heard rumors…” 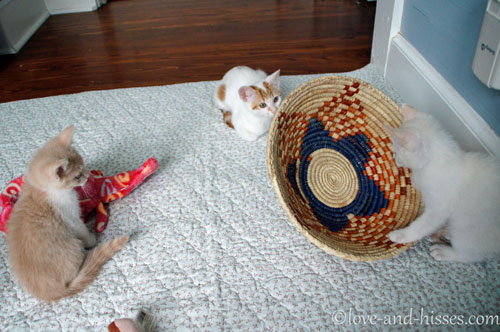 Jon Snow stumbled backward and fell out of his basket.
“I meant to do that!” he said. 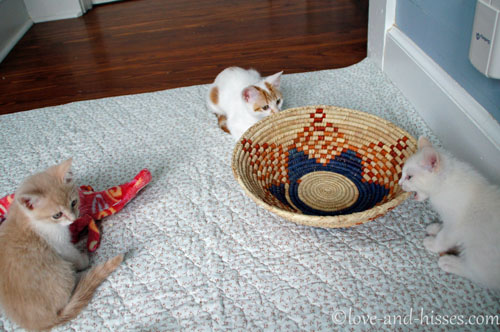 “Baskets are a tasty form of nutrition.” 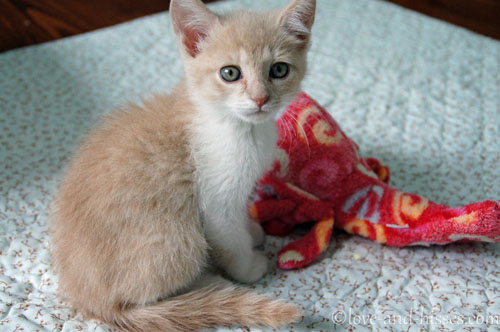 Hodor has no idea what’s going on. 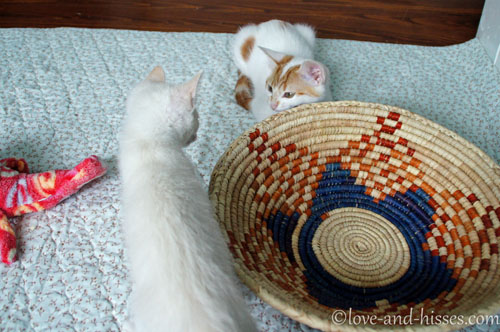 Ember gets hissy with Jon Snow. 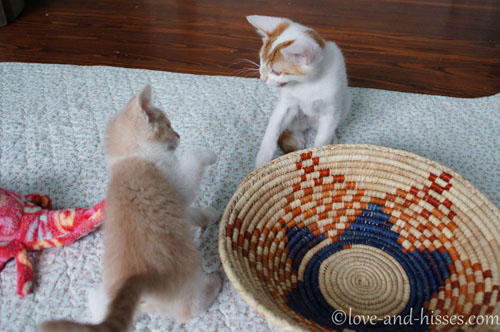 Then she gets hissy with Hodor, and they both raise their Paws o’ Doom. 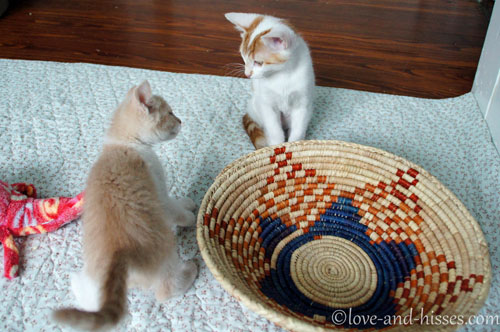 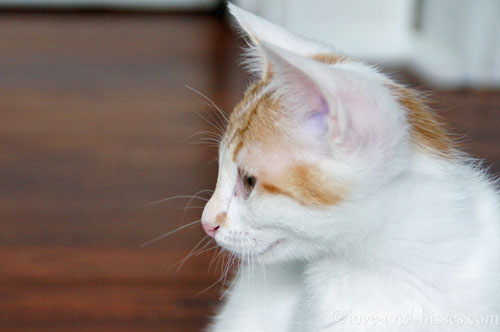 “Now THIS one I like!” Ember says. “Not much of a vocabulary, but he’s got tons of personality.”

Yesterday Fred said “Why are we waiting another day to let the Starks out to run around the house?” and I said “Good question!” and opened the barrier at the end of the hallway so that the Starks could roam the house. All four of them made it to the bottom of the stairs in record time, and spent most of the morning running up and down the stairs, and around the bottom floor. Arya, especially, had NO FEAR and didn’t hesitate to explore every inch of the downstairs. I let them run around for a couple of hours, and then put them back upstairs for most of the afternoon. Things went so well that I’ll probably let them have the run of the house all day today, and if that goes well, then they can run around the house during the day all day, every day. 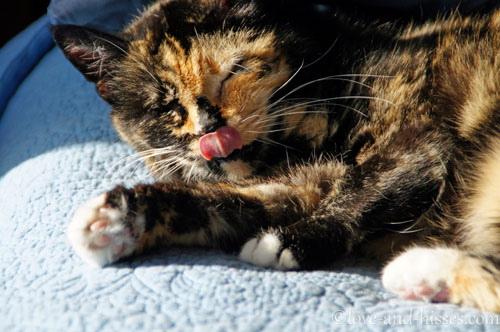 Miz Poo taking her daily sun bath in my room.