As of last night, I can report that Miss Ciara is doing well and should be ready to head off to Petsmart on Friday. I suppose I COULD take her today (adoption hours are held tonight), but I want to make sure she’s okay for real, and not just teasing me.

I can’t get over what a sweet, sweet girl she is. I think she got a little overshadowed by her brothers, and now that they’re gone, I can see what a gem she is. Sweet, friendly, playful, nice to other kitties. She’s the total package! 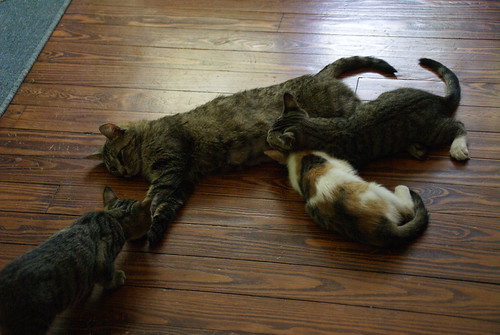 “Ya know, I was just LAYING here taking a snooze, and before I knew it, these little monsters had latched on!” 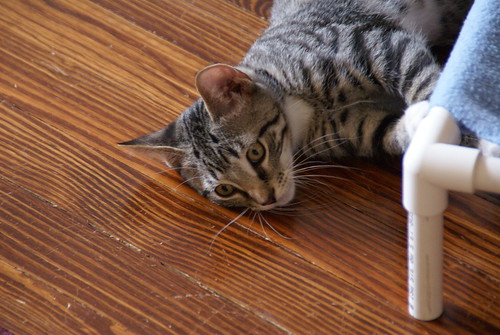 Cillian, keeping an eye on stuff. 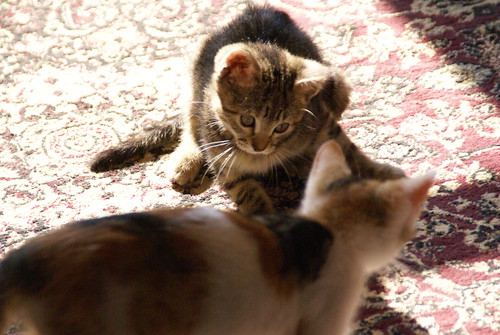 Clove thinks about making a jump at Coriander. (We’ve been calling Coriander “Alice, Jr.” because Fred never learns any of the fosters’ names, so instead of continually calling her “The one that looks like Alice” so he’ll know who I’m talking about, I’ve resorted to “Alice, Jr.”) 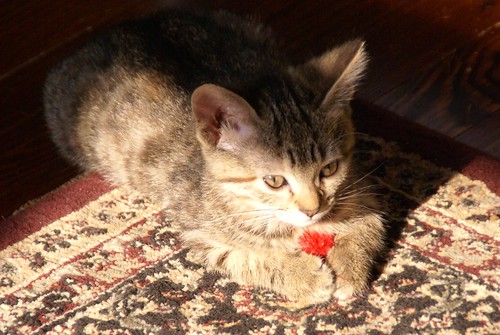 Clove stole that toy from Cillian. He’s too gentle for his own good! 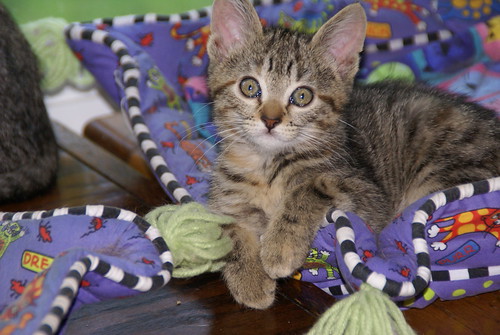 Oh, that little face. Couldn’t you just kiss her? 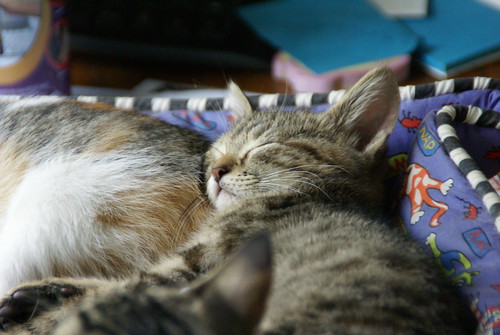 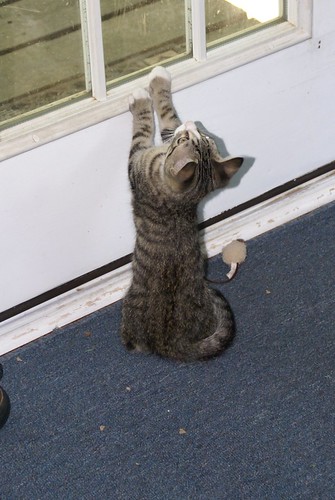 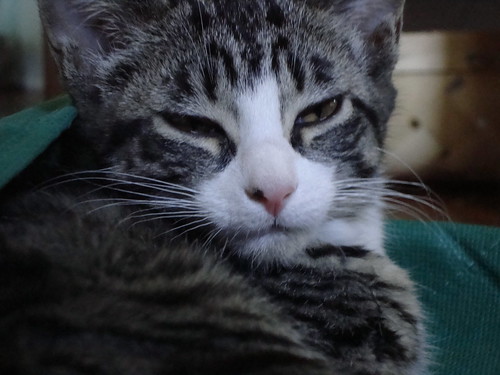 If you’re going to look like a pouty princess all the time, you might end up with the nickname Pouty Princess, brat. 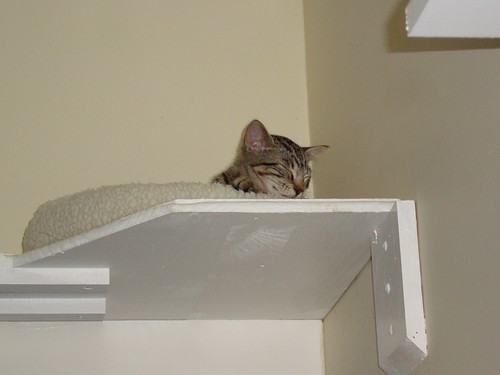 Fergus Simon, on the platform in the kitchen. Yeah, I’d say they made themselves at home while they were here. 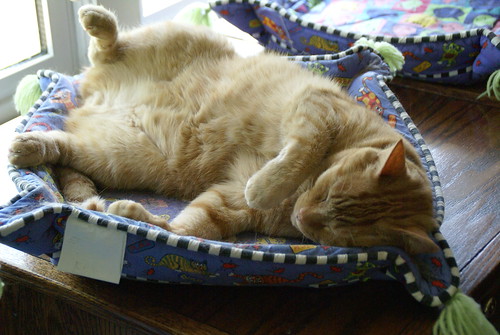