Yesterday, Nance, Rick, Trey and Shirley, who adopted Maddy, my very first bottle baby, had to say goodbye to her. From the first moment they met her at my house, when they drove down from Pennsylvania to adopt her, Nance and Rick loved her and I know they’ll miss her terribly.

I’m not kidding when I tell you that I wish I could be sure that every one of my fosters went to a home as great as theirs. Maddy wasn’t with them long enough, but I think she made every second count. 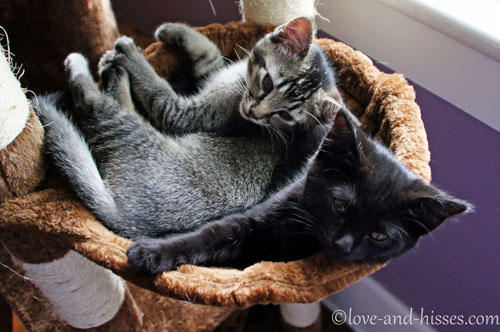 Aslan and Jareth (especially Jareth) think that the hammock hanging off the cat tree in my room is AWESOME. 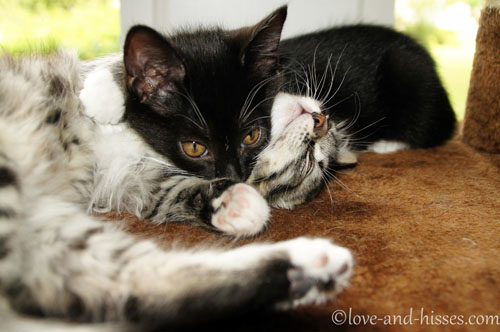 Buttercup, showing Leia who the boss is. 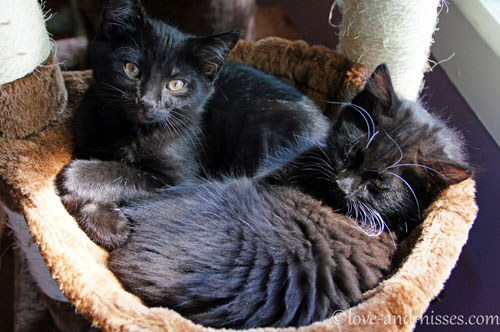 Jareth and Charming in the cat tree hammock. 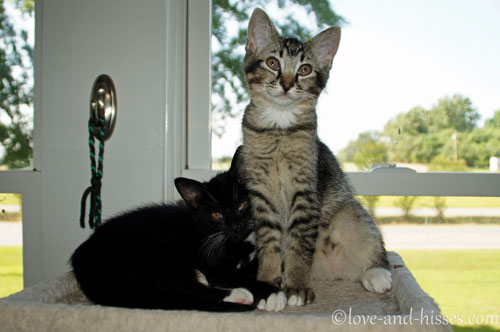 It must be the angle of this picture or Aslan’s expression, but I think he looks nothing like himself in this picture. If you’d shown it to me and asked who that kitten was, I don’t think I would have known. 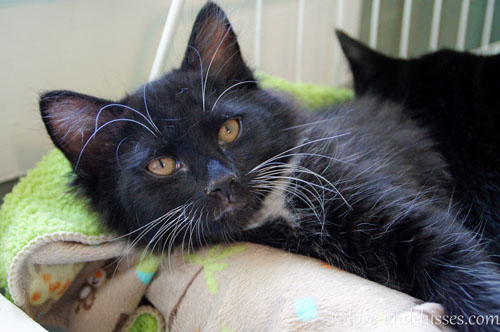 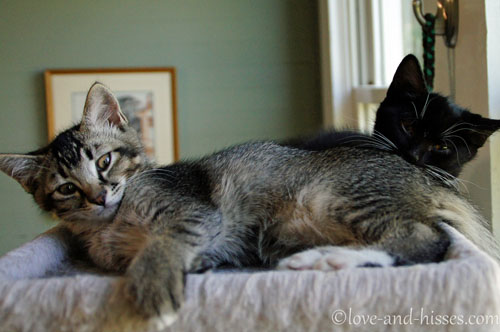 Now THAT one I recognize as Aslan. 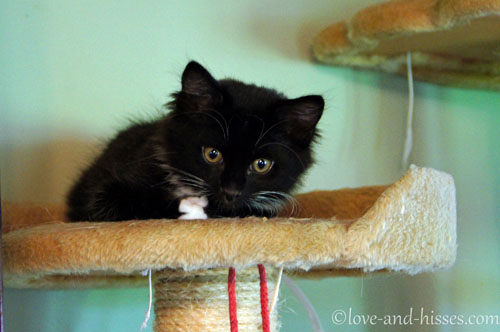 Charming on the cat tree in the front room. 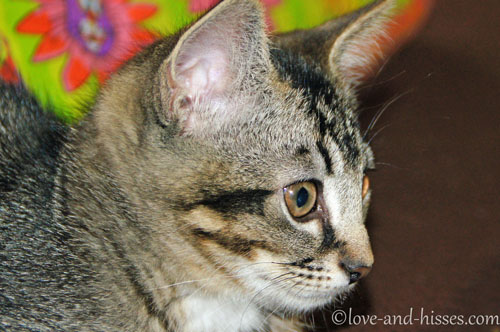 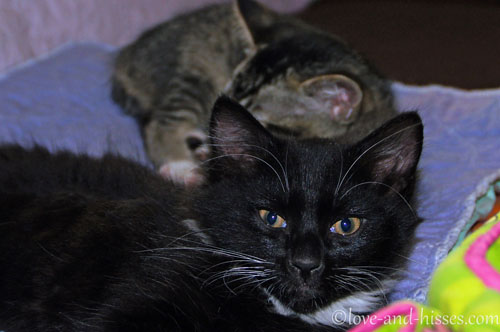 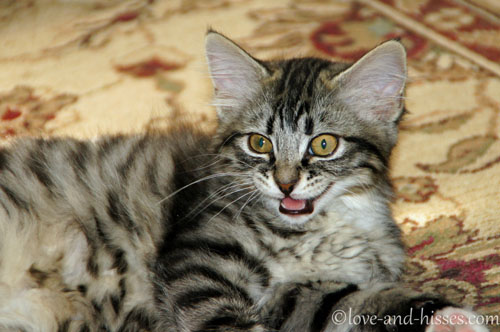 Leia, complaining about me and that stupid camera.

Kate got off to Petsmart with no problems at all. She was a bit hissy – she hissed at Lisa – but she didn’t hide in the litter box, which is a good sign. When I swung by an hour later to see how she was doing, Kate was curled up asleep, and looked pretty relaxed. I think she won’t be there for long! (Fingers crossed.) 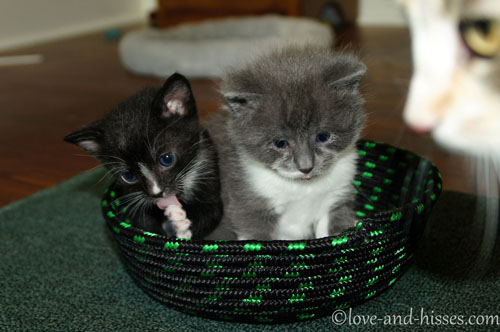 Norbert and Puff, sitting in the Magic Basket waiting for something. 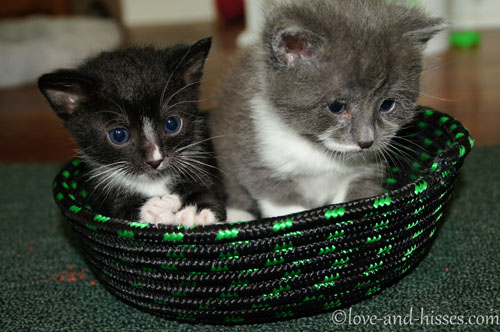 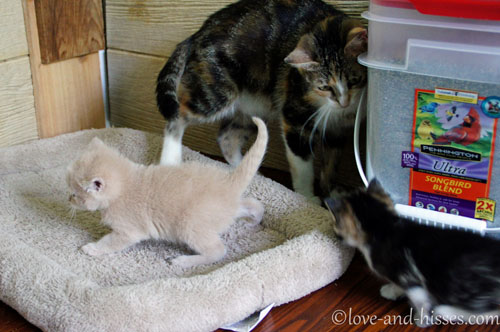 Khaleesi keeps an eye on Ruth. 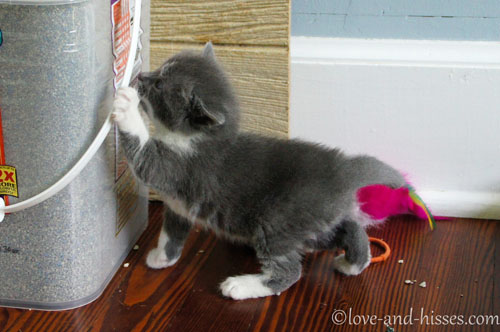 Puff checking out the litter bucket (and later on he climbed up on top of it and cried because he couldn’t get back down). 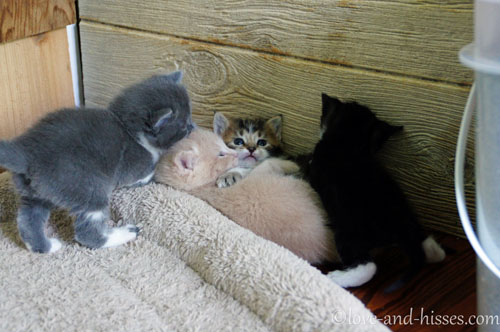 A melee of Dragons. 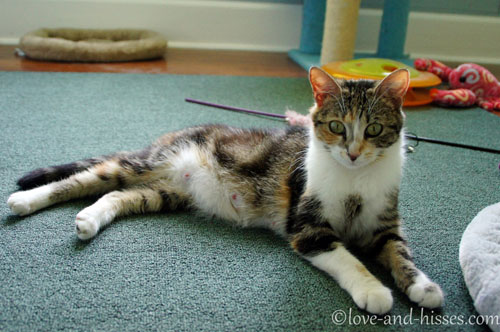 Like all mother kitties before her, Khaleesi is getting too thin. I’ve stepped up the canned food, but they’re sucking the life out of her! 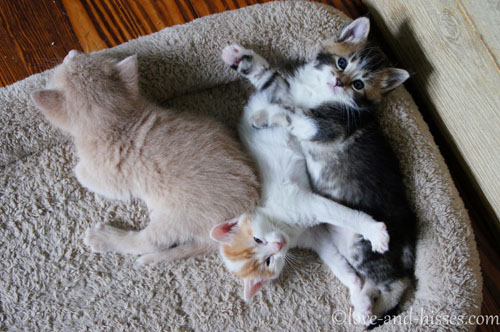 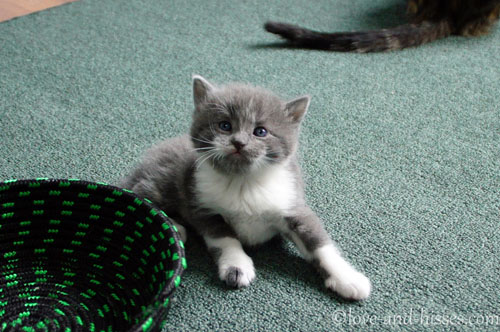 Oh, that face. He is just so SWEET. 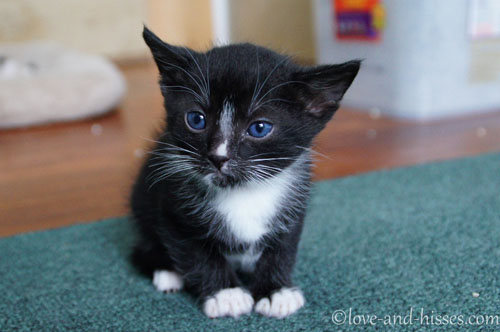 I think Norbert looks like a Mogwai. Only cuter. 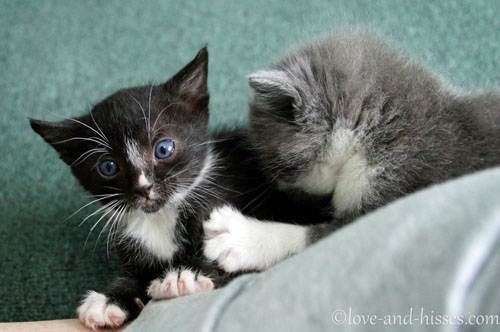 He wears this look of surprise an awful lot.

And here’s a Norbert video. First he shows a toy who the boss is, and then discovers his toes! 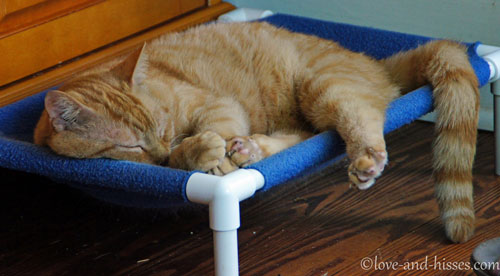 Sugarbutt certainly does love that Ham-mick. It’s where he sleeps almost every night (and every afternoon, too!)