The babies are back from their spaying & neutering/ id chipping/ rabies shots none the worse for wear. Phyllis was a little cranky last night (as the tiniest of the three, I think she feels a little more discomfort from the id chip and the rabies shot – plus let us not forget that her spaying was a more major surgery than the boys’ neutering. They might disagree with that, though.), and Creed spent the evening sleeping on Fred’s lap, but this morning they’re racing around as if nothing ever happened.

They need their second vaccination shots (which will be either today or tomorrow), and then it’s just a matter of waiting their turn ’til space opens up at PetSmart. There’s a flood of kittens right now, so it could be soon, or it could be a few weeks. All depends on where we are in the queue, and what adoptions are like! 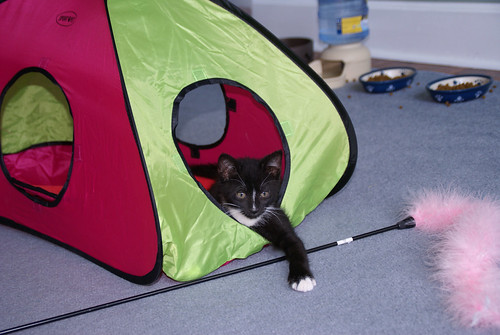 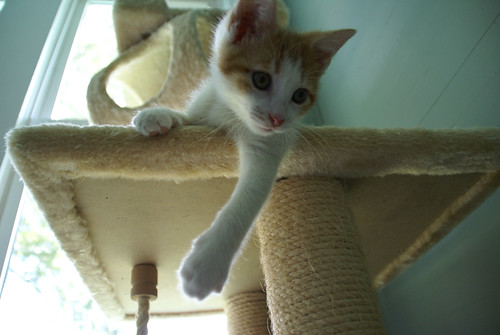 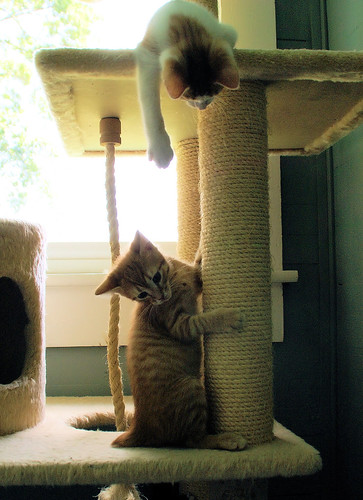 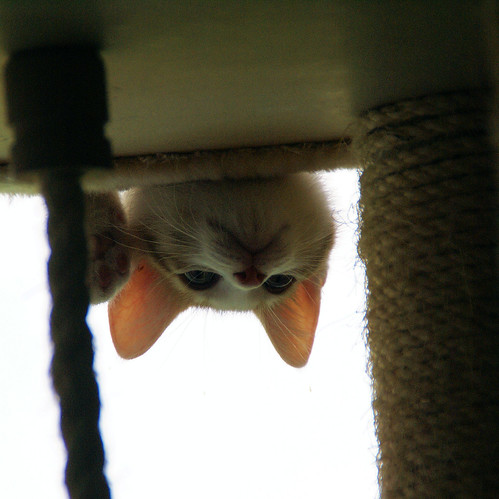 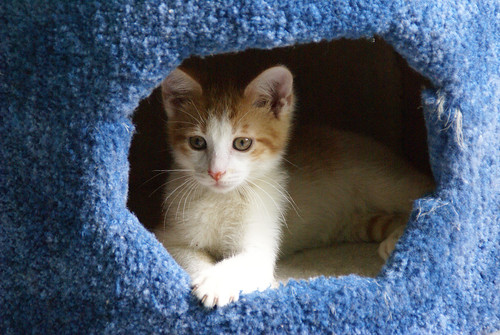 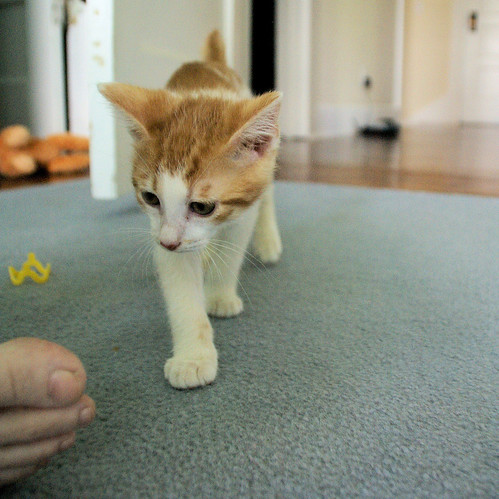 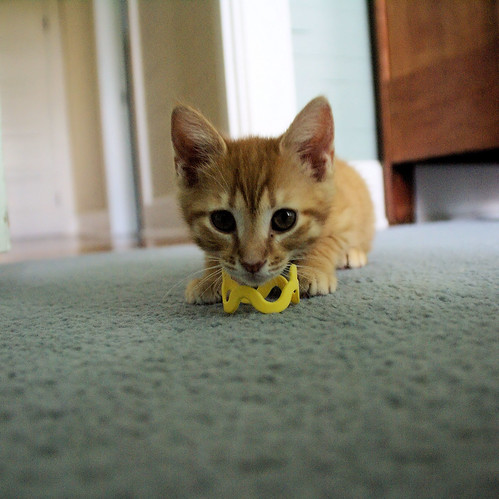