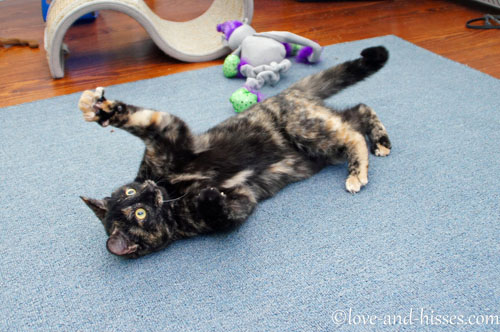 She is such a crazy girl. 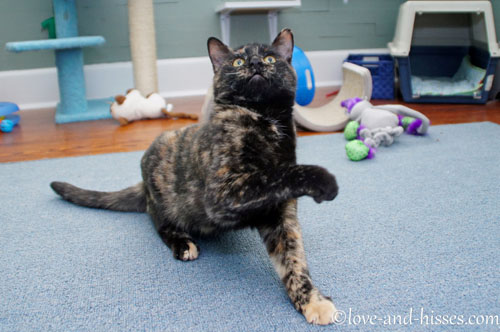 She swings! She… misses! 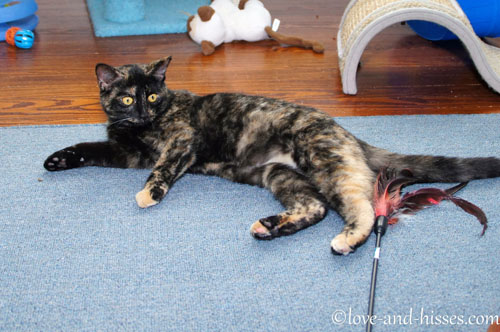 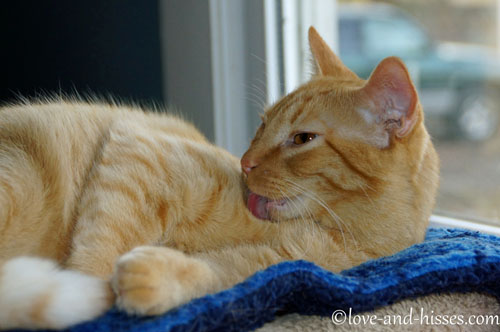 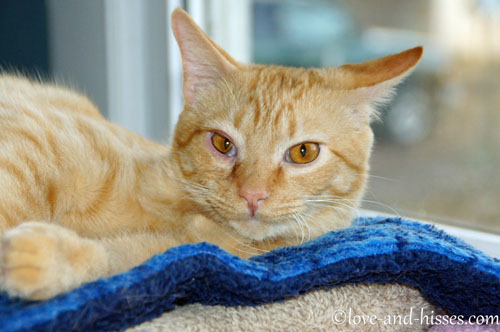 You can see that his eye, while not at 100%, is much better. It’s still a bit red and you can see the inner eyelid when he first opens his eyes, but I think he’s okay to go back to Petsmart tomorrow, as planned. 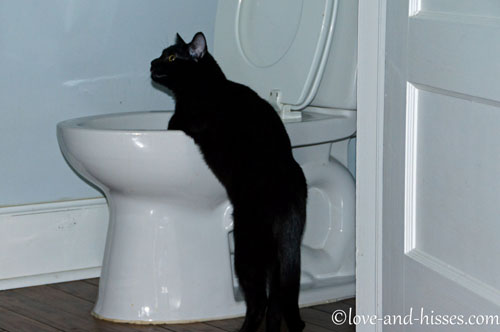 “Oh, LORD, why did I have that last snort of catnip?!” 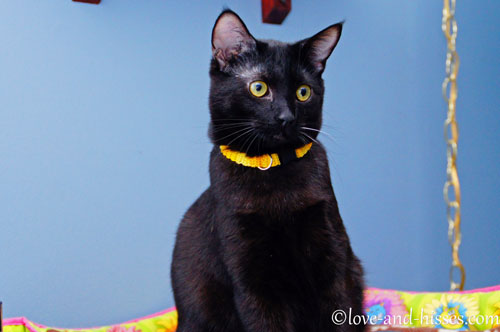 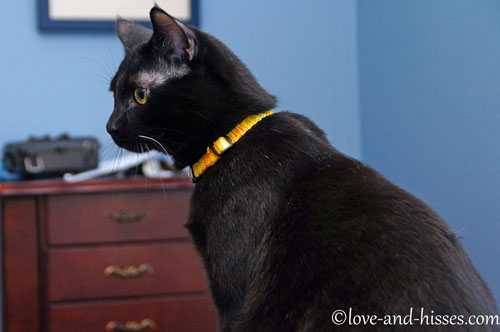 “No one ever listens to me.”

All three boys – Batman, Robin, and Kennebec/Lunk – are off to Petsmart tomorrow morning. Things are going to be super quiet around here without them racing around like their tails are on fire. I hope they’re all three adopted super quickly. Fingers crossed!

Of course, I have plenty of pictures of them I’ll be sharing for the rest of the week. What can I say? They’re such photogenic characters! 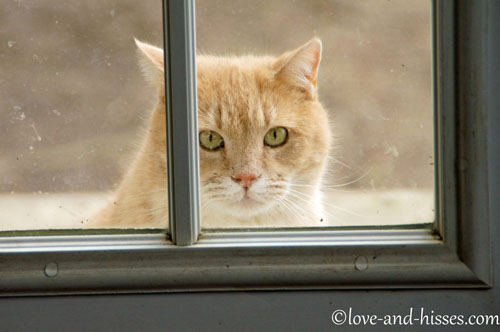 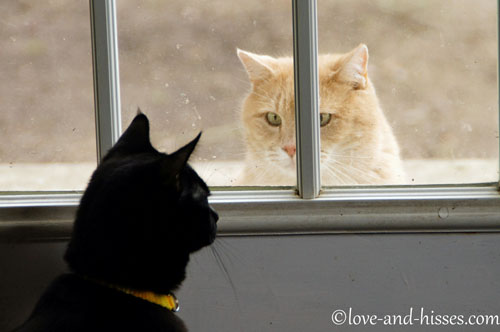 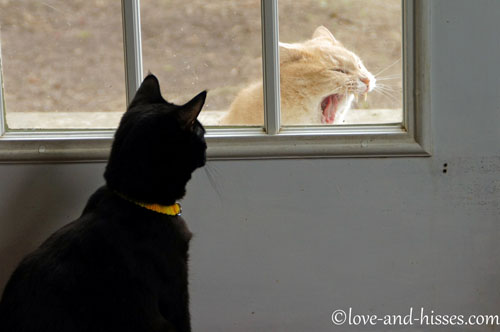 “SOMEBODY LET ME IN, I’M GOING TO FREEZE TO DEATH!”