I have this little routine where I get movies from Netflix on Tuesday – the day new movies are released on DVD – and I like to watch what we’ve got before Saturday so that when Saturday morning comes I can stick the movies in the mail, they receive them on Monday, and then they ship out the new movies on Monday and they arrive here on Tuesday.

It’s a routine that rarely fails me, and the only issue is that usually I’m not dressed and ready for public perusal before the mail carrier comes, so I get the movies in their envelopes and ask Fred to take them out to the mailbox when he goes outside to work.

So on this most recent Saturday, I had three movies to go back, and I walked into the computer room and I held them up and said “Would you put these in the mailbox when you go out?”

“I’ll put them over here on the table by the door,” I added helpfully.

“Okay,” Fred said with an edge to his voice that indicated that I should just shut up about it.

So I put the movies on the table by the door and I wandered off to lay in bed and read or clean the litterboxes or something equally thrilling.

Around 9, I took a shower and got dressed and then I thought “Hmm, I wonder if the mail is here yet?”, and so I looked out the window and saw that the flag on the mailbox was down and so I put my shoes on and went out to the mailbox.

There was no mail. Now, this NEVER happens. I always ALWAYS get mail, every single day, even if it’s a letter from SELF Magazine reminding me that my subscription will be lapsing in 2030 and I should renew NOW so that I don’t miss a single issue!, so this was a surprise to me.

I shrugged and thought “Well, I suppose it had to happen one day!” and went back into the house to do some laundry.

About an hour later, I wandered through the computer room, and what? What do you suppose I saw? Sitting there all bright red on the table by the door? Where I’d mentioned I would put them? By the man who acts all huffy if I remind him of something more than once?

Of course. The movies. And why wouldn’t they be sitting there? After all, I didn’t REMIND him, so IT DIDN’T HAPPEN.

And I swore the entire time.

Lucky for Fred I’d mostly calmed down by the time he came inside, gave me a chagrined smile and said “I’m useless, huh?”

Saturday evening, Fred was sitting at his computer eating yogurt when he noticed that Maxi and Newt were sitting on the side stoop, waiting to be let in. They don’t wear watches, but they always seem to know when it’s Snackin’ Time, and the time was rapidly approaching.

“Would you let them in?” he asked.

“I can’t! I’m playing Scramble on Facebook!” I said, clicking on random letters to see if they’d make a valid word. I’m of the “This looks like it SHOULD be a word, let’s give it a try!” school of thought, and it pays off more than you’d expect.

Fred got up, yogurt in hand, and as he reached the door he simultaneously reached out to grab the doorknob and dropped his mostly-full container of yogurt.

The yogurt container hit the floor (upside-down, of course) and splattered. Maxi and Newt strolled halfway through the door and said “Hey, what’s thiiiiiiiiis?”, and stopped for a sniff and an experimental lick.

Fred swore, ran for the paper towels, and then shooed Maxi and Newt away, tossed the doormat out onto the side stoop, and proceeded to clean up the yogurt.

Only he didn’t use wet rags or any kind of cleaning solution to clean up the mess, and so when he was done the floor was sticky and filmy with a thin yogurt layer, and yet he looked with satisfaction upon his cleaning job and went to change his clothes.

My Scramble game over, I went into the kitchen and got the cleaning spray and some rags, went into the computer room, and sprayed and wiped until the floor was actually clean.

I was washing my hands in the kitchen when Fred came in. “There’s still some between the boards,” he said. The thing about living in an older house is that there are occasional gaps in the floorboards, gaps where food or dust or cats will sometimes get stuck.

“Do you think you should get some Q-tips and wet them and use them to clean between the boards?”

I stared silently at him. 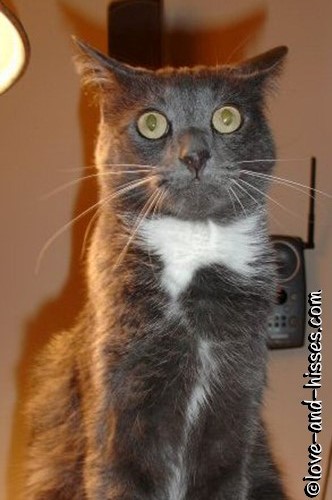 He looked inquiringly at me. 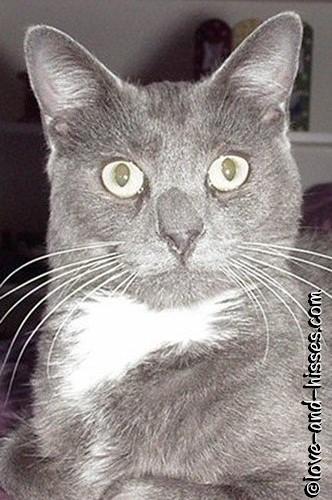 “I think YOU should get some Q-tips and wet them and use them to clean between the boards,” I said.

He grinned and went off to do so.

Sunday morning I left the house a little before 8 with the intention of walking on the walking path in Athens, then stopping at the grocery store for enough groceries to get us through the week.

I was about a mile from the end of the walk when my cell phone blasted out Sweet Home Alabama (which plays when anyone calls me from our home number. Usually it’s Fred, but sometimes Mister Boogers likes to call and ask if my refrigerator is running). I answered it, told Fred to hang on, and then paused my iPod.

“So… it seems that I left my cell phone in my pants last night,” Fred said.

“Well,” I said. I’d started a load of laundry before I left, and since his pants were on the top of the pile o’ clothes, they were the first thing in the washer. And no, I do NOT go through pockets before I put the clothes in the washer, because I have not the inclination to do so, and I don’t think I should have to, I AM NOT YOUR MAID.

(This is the line of thinking that ruined many clothes when our daughter was younger, because she had the habit of leaving Blistex in her pockets, and you cannot get that stuff out of clothing, believe you me.)

“Did you look in the washer and find it?” I asked.

“Well,” I said. “You really hit the trifecta this weekend, didn’t you?”

“Yeah. I’m going to take it apart and see if drying it out will make it work.”

We never were able to make the cell phone come back on, so we ordered the same model off eBay.

In and amongst his trifecta, Fred managed to get the fence around the pig yard finished. He only needed me at the very end, the part where I held t-posts while he used a sledgehammer to pound them into the ground. He was nervous because as the t-posts went into the ground, the top of the posts were about even with my head, and he was worried that the sledgehammer would slip due to the rain and smack me on top of the head.

I wasn’t worried, though. I know how careful he is about that sort of thing and I knew that if the sledgehammer slipped and headed for my noggin, he would throw himself in front of me with his superquick reflexes and save me.

And I figured if his superquick reflexes failed him and he did smack me in the noggin, it’d kill me quick enough that I wouldn’t feel a thing. He could bury me next to Spot and tell anyone who calls for me that I’m in the bathroom.

Wielding the sledgehammer was tiring enough for him that we took a couple of breaks so he could rest. And where did we rest? In the pig shelter, of course. He’d spread out the straw he’d bought for bedding, and of course we couldn’t put pigs in there without giving it a try ourselves. It was surprisingly comfortable, and if I’d had a blanket to put over me, I could have easily taken a nap.