Do you remember Bill? 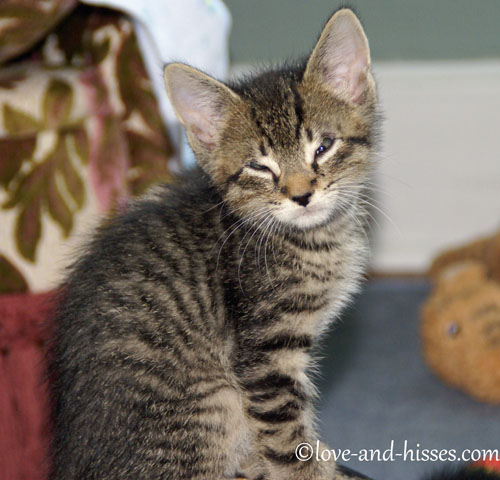 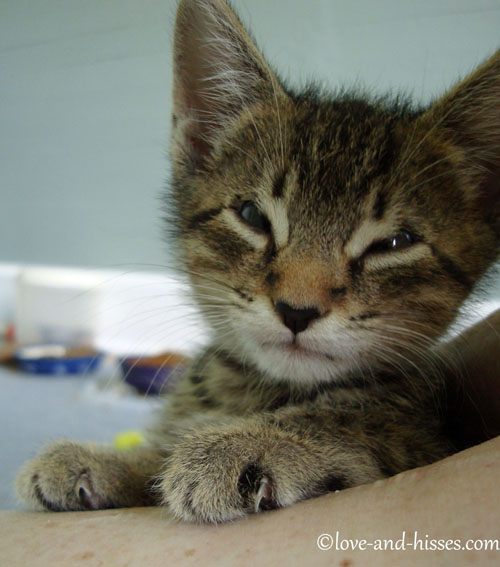 He was one of the True Blood 6. I know that a lot of you weren’t reading back then. The short version is that there were six kittens in the litter. They had eye issues that were, I thought, just the usual goopy issues that the majority of fosters have when I first get them. A few days of ointment usually clears it up. Only the True Blood 6 didn’t just have goopy eyes –  the whole litter had Eyelid Agenesis. Basically, their eyelids hadn’t formed correctly. Some of them were worse than others, I think Bill and Terry were the worst of the bunch. You can read more about that – and their surgery – here. 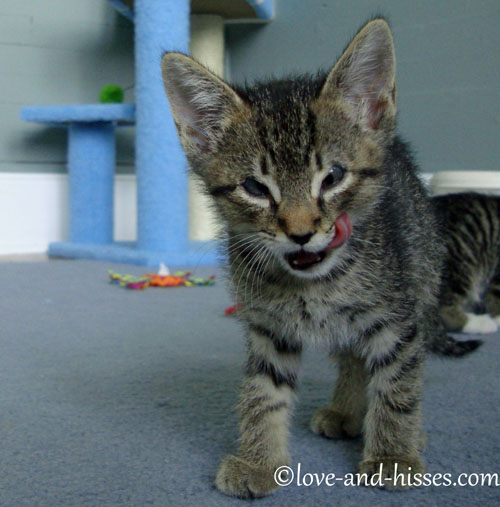 Ann and Rich adopted Bill and brought him home to join their cat-in-resident Izzy. Last year, Ann sent an email updating me on how Bill was doing – you can read that (and see pictures) here. 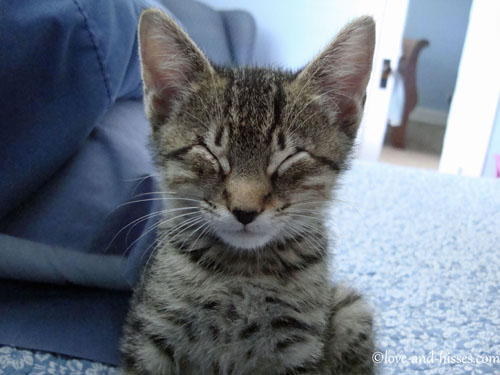 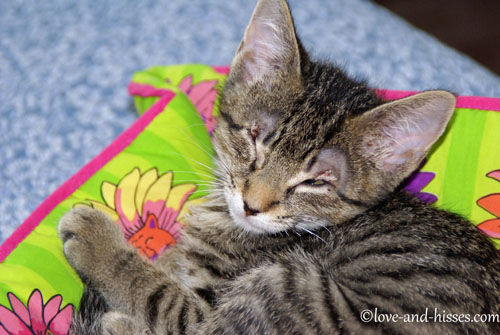 Recently, Bill started having issues with his legs, and after some visits to the vet, it was determined that he has Luxating Patella.

Today, he’s going in for surgery. They’ll operate on at least one of his (back) legs, and possibly both.

This is where you come in. 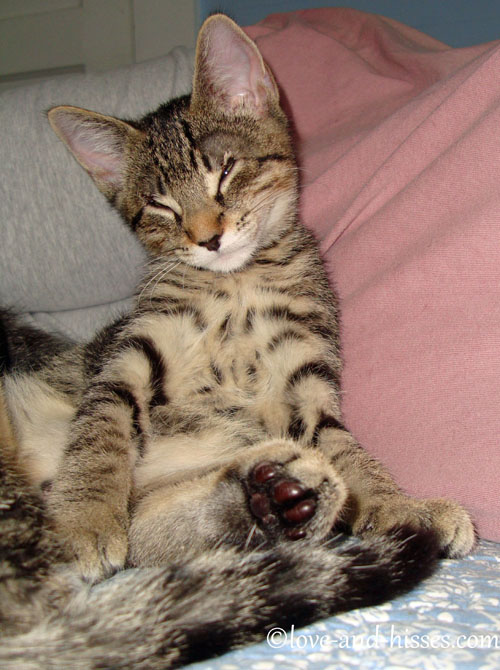 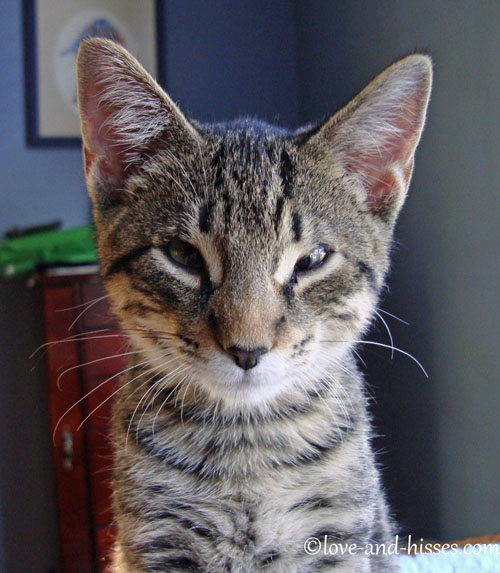 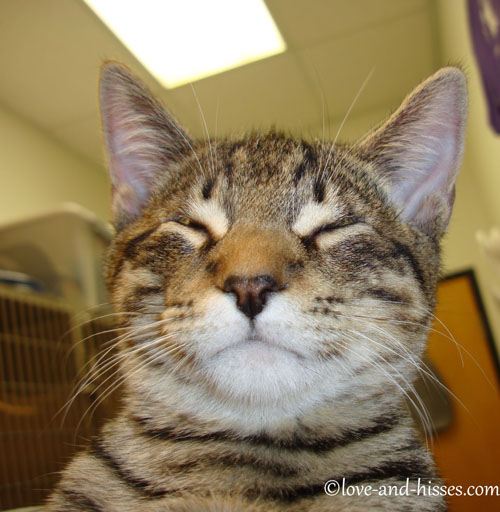 Please keep sweet Bill in your thoughts today, and send healing prayers his way. I think that a quick and painless recovery from surgery for Bill would be the best Christmas present of all for Bill AND his parents!

I have a ton of permanent resident pics in one of my hard drive folders, so I’m going to start sharing several a day with y’all so you can enjoy them while we’re waiting for fosters! 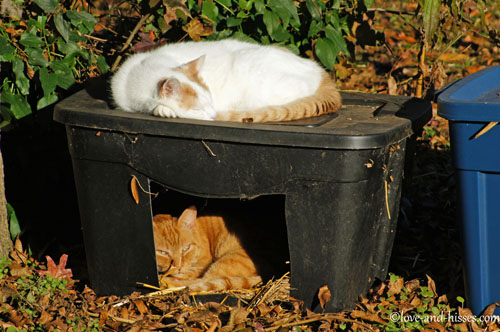 Spanky just loves to sleep on top of that Rubbermaid condo in the back yard. Sugarbutt doesn’t seem to appreciate his upstairs neighbor. 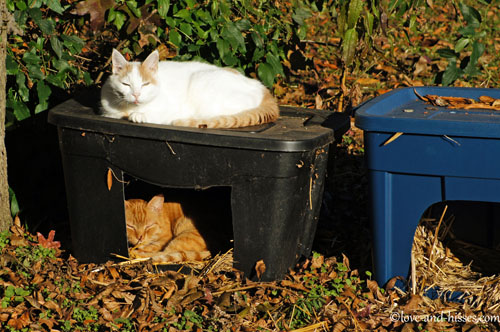 “I hear apartments on the second floor are safer! Less break-ins and such!” 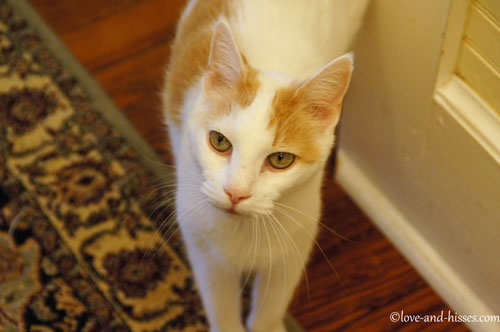 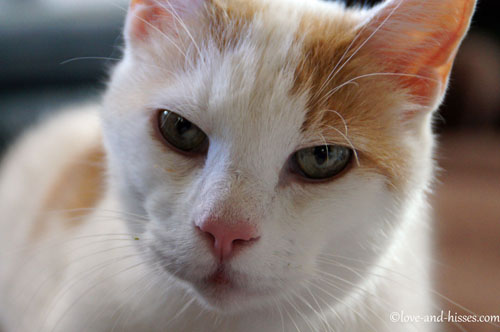 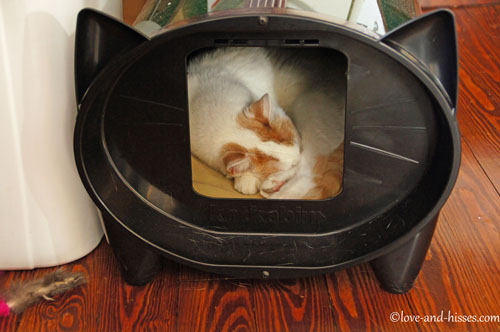 Someone sent us this KatKabin. I put it next to my desk thinking that no way would the cats want to use it. To my surprise, it’s almost always occupied. Spanky and Jake are the two who use it the most, but pretty much everyone else has given it a try and declared it good. Too bad they don’t make a double-decker version. (YET)