Oh, the ants. THE ANTS, they are driving me NUTS. We’ve put poison down in the front yard, all around the (front part of the) house, we’ve (Fred has) caulked the hell out of the window in the kitten room, I even put the bowl of kitten food on a plate and surrounded it with a moat of cinnamon, like thus: 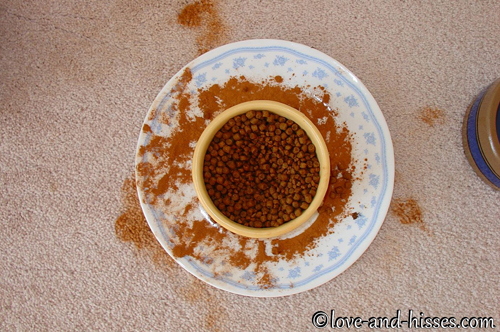 But the kittens are not particularly neat eaters, and so they knock food out of the bowl to places where the ants can get to it.

And when the ants can get to it, they let all their friends know, and they have a freakin’ ant party and bring their thousands of friends. Fred thought before bedtime last night that he had the window caulked so that all the little cracks under the windowsill where the ants were getting in were completely caulked shut, and yet at almost midnight the spud came and knocked on my door to let me know there were a ton of ants in the kitten room. I went in and sprayed ammonia on every one of the little bastards, and they died almost immediately, and then I had to wipe them up.

For the love of god, it’s CAT FOOD. If I buy a bag of it and toss it in the yard for the ants, will they stay out of the house? PROBABLY NOT.

Oh, and I spent an hour wiping down the baseboards with white vinegar last night after dinner, and the ants were not deterred.

They can keep coming, but I will KEEP FIGHTING. I WILL BE THE VICTOR!

Also, there are little cinnamon footprints around the food bowl, because little Sugarbutt gets SO HAPPY when he’s eating that he has to dance around in the cinnamon and then drag it all over the room. 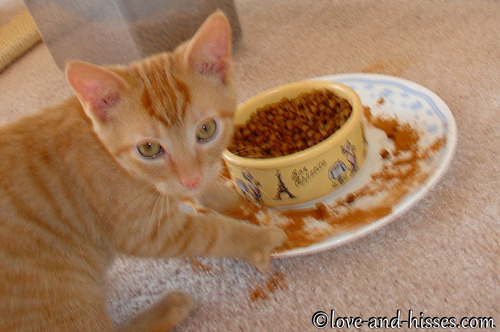 I guess I’d rather have cinnamon footprints all over the room than poo footprints, though. I’m not complaining.

The kittens are doing well. The ant infestation isn’t bothering them at ALL, though my coming into the room while they were sleeping last night at almost midnight, wielding a spray bottle of ammonia, might have scarred them a little. But they’re fine, they’re having a lot of fun playing and jumping in and out of the boxes in the dining room and playing with bubble wrap and standing in the kitchen whining about how they’re starving to death when I’m making dinner.

Fred has been calling Tom Cullen “Stinky”, even though Tom Cullen doesn’t stink at all. I don’t know if that’s going to end up being his nickname, only time will tell.

Right now, on my desk. To the left of me: 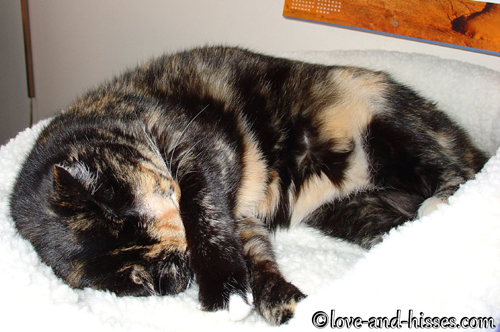 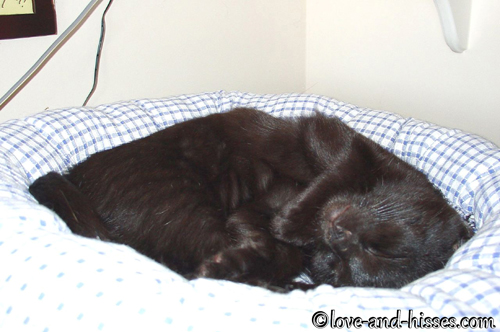 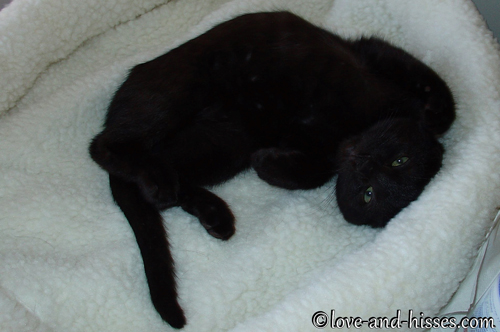 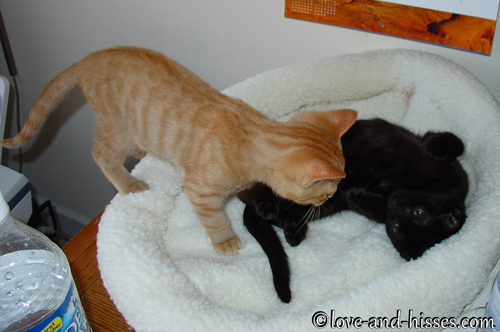 “Room for one more?” 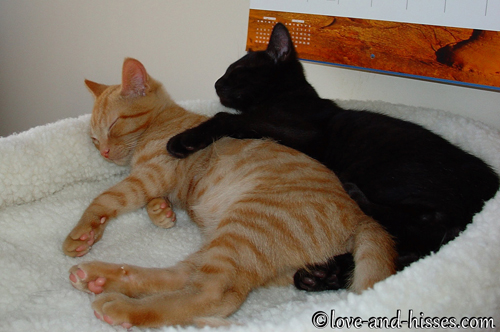 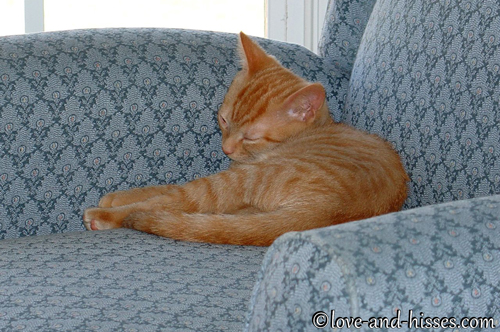