Canasta – date of birth guesstimated July 10, 2019 – came to us on January 10, 2021. She was left at an apartment complex, where she had a litter of kittens back in the fall. She was rescued, her rescuers were told that she’s pregnant, and then she came to me.

Is she pregnant? I think so. Time will tell (at this moment I am predicting she’ll have kittens before February 1st.)

She is a SUPER friendly girl – always pleased to see me (or Fred) come into the room, comes over for love, snoopervises whatever I’m doing, and if I leave the room she’s like “Okay, whatever. ::shrug::” We’ve already brushed her (she’s not sure if she likes it), flea-treated her, and trimmed her claws (she was kneading so vigorously her claws were getting stuck in the blanket she was standing on), and she’s been fine with all of it. It’s hard to get pictures of her, though, because she wants to be all up IN your face getting love. I can handle that.

As mentioned, this will not be her first litter. But it’ll be her last!

On February 26, 2021, a staggering FORTY-SEVEN DAYS after she came to us, Canasta finally had her kittens – 6 of them, 2 boys (Slapjack and Pinochle) and 4 girls (Uno, Whist, Rummy and Fizzbin.) You can read her birth story here. 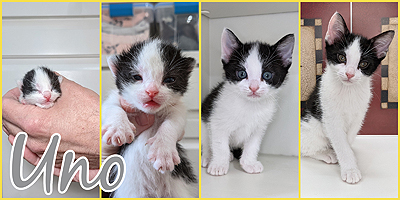 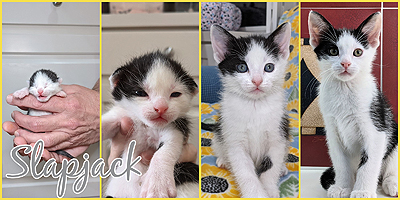 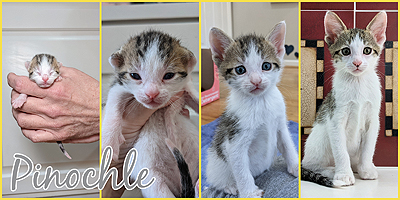 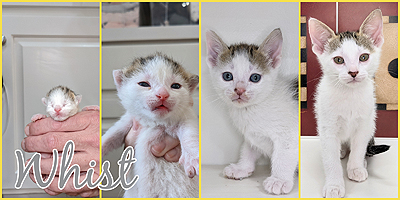 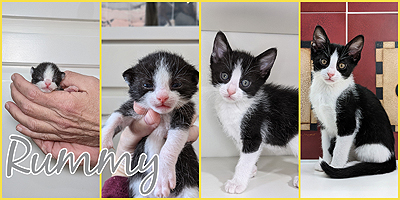 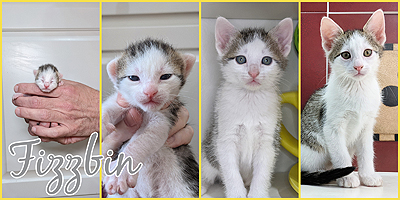 You can read about Canasta beginning here. There are links at the top and bottom of each entry; click on the one on the right to take you to the next entry.

You can see all the pictures taken of Canasta (and her eventual kittens) here at Flickr, or scroll through them below.

On May 17, 2021, Canasta was ADOPTED! She is going to be a Seattle girl and joins older kitty sister Olivia. They have an Instagram page here.

On May 28, 2021, Fizzbin was ADOPTED! She is here in the local Huntsville, Alabama area and joins a young kitty, Cotton Tail, who already adores her, along with another older kitty, and three human sisters. (She is much loved.)

On June 4, 2021, Pinochle, Whist and Uno were all adopted TOGETHER! They have moved to West Virginia, where they join two human brothers. They have a Facebook page right here!

On June 6, 2021, Slapjack and Rummy were adopted TOGETHER! They have moved to Phoenix, Arizona where they join a home that includes two older kitty brothers. They have a Facebook page here, and an Instagram here! 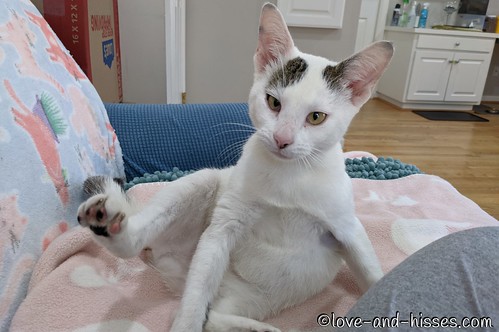