Left to right: Skinny Pete, Badger, and Combo at about 3 weeks old.

Skinny Pete and Badger came to us on September 5th, 2015 at just under a week old. They’d been found near a company’s steam vent, left alone by their mother. They went to the shelter and were cared for by Susan for a few days before I volunteered to take them.

One week later, their brother Combo joined them!

They’re named after characters from the TV series Breaking Bad; a reader suggested the litter nickname BeeBees, which is how I’m referring to them.

We initially thought we had three boys – it’s hard to tell when they’re so little! – but I ultimately realized that Skinny Pete was a girl. Since Skinny Pete is such a good name, we left that as her name.

They are now almost 5 weeks old, and making the transition from the bottle to eating on their own. They had a rough start, but seem to be getting better. They’re super sweet and friendly, purr the instant you touch them, and have bunny-soft fur.

You can read about the BeeBees beginning here (and Combo shows up here) (there are links at the top and bottom of each entry; click on the one on the right to take you to the next one). You can see all the pictures taken of them during their stay with us here at Flickr, or scroll through them below.

On October 8th, Skinny Pete, Combo and Badger went to their new foster mom, Kathie. Initially she was going to just babysit while I was gone for a long weekend in Myrtle Beach, but since I was having shoulder surgery in early November, I asked her to foster them until they’re ready for Petsmart.

The BeeBees and their foster sister Twig went to Petsmart on January 5, 2016.

Skinny Pete was returned in August 2016. She was adopted again on September 9, 2016 and is now named Skinny. 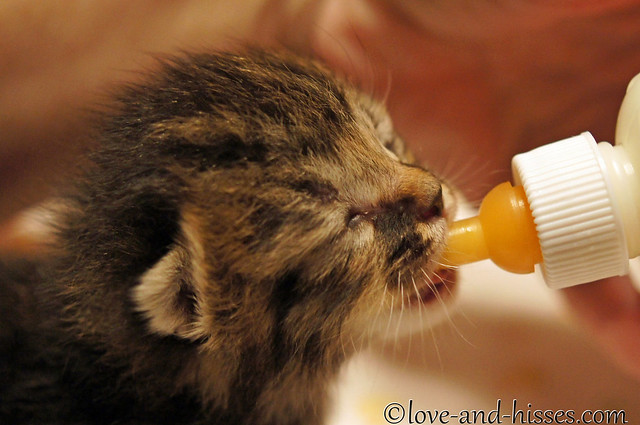